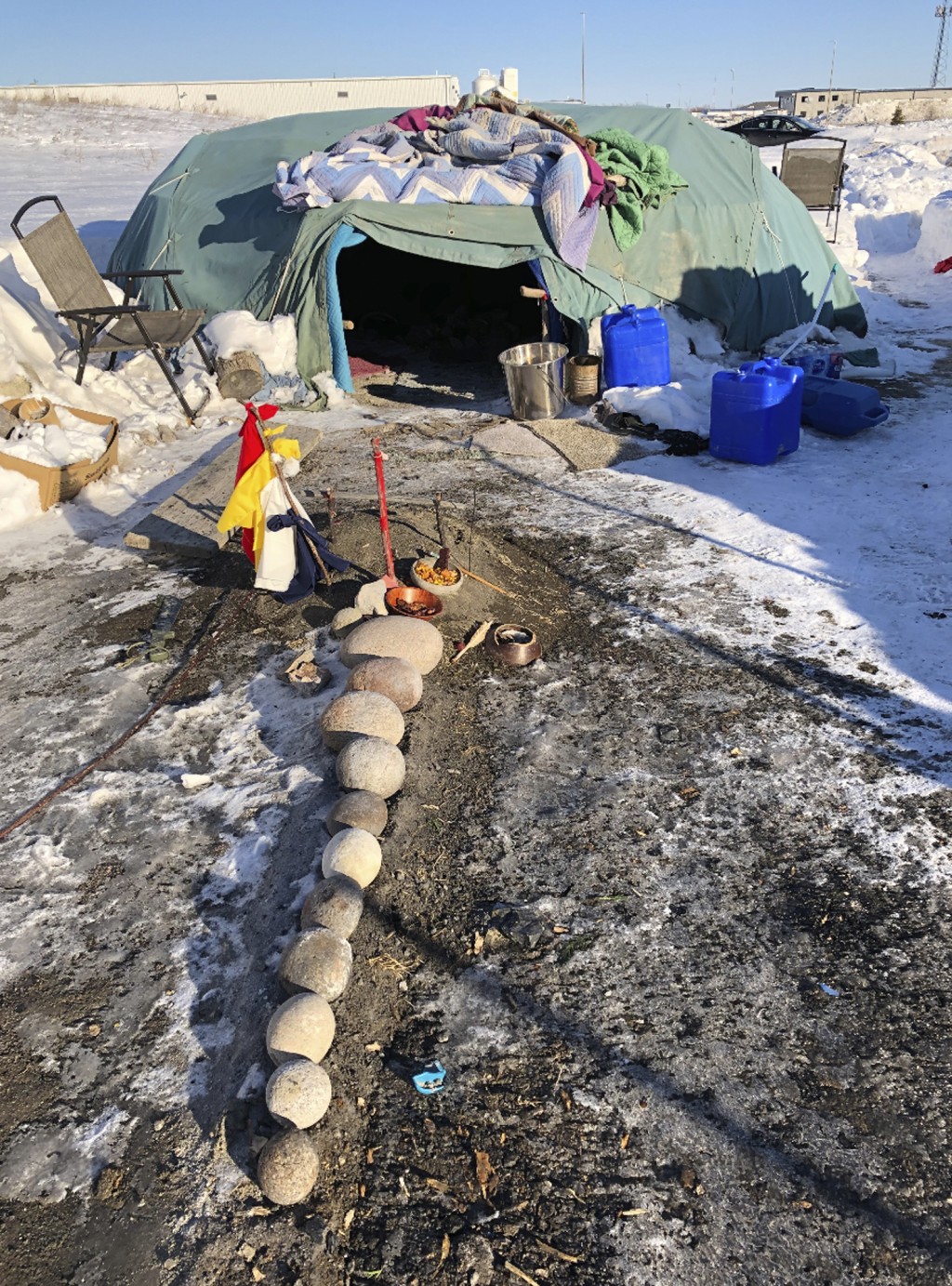 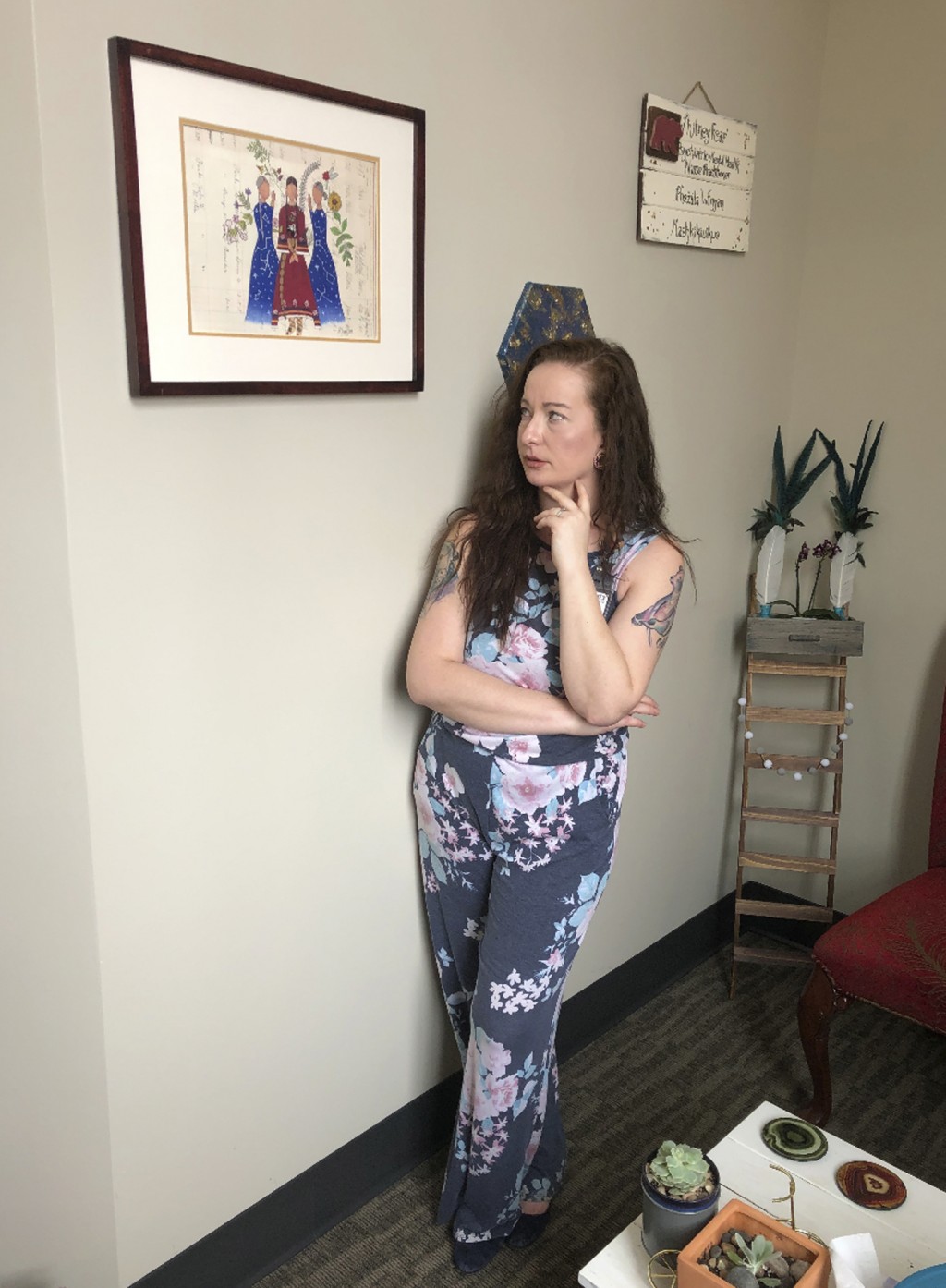 FARGO, N.D. (AP) — In the decade since Fargo agreed to host a sweat lodge for the many Native Americans who live in the area, the simple structure and its users have suffered a series of indignities: The land set aside for the lodge is in a gritty industrial area, a shirtless user was mistaken for a vagrant and arrested, and police mistook the lodge for a homeless encampment and had it bulldozed.

Now, the city has shuttered the lodge because of concerns over its safety and supervision, and the Native Americans who use it are worried about how they will be able to carry out their sacred healing ritual, even if many of them agree that changes were needed.

“It would be equivalent to the Catholic Church shutting down its location here in the Fargo-Moorhead area because they realized they had issues they needed to fix,” Chalsey Snyder, a member of the city's Native American Commission, said recently, referring to Moorhead, Minnesota, which is across the Red River from Fargo. "Our traditions and our ceremonies are extremely revered."

Sweat lodges are typically built low to the ground, with frames made of saplings that are covered with animal hides, blankets or even tarps to keep in the steam. They are common on reservations, but less so in urban areas such as Fargo, which is the biggest city in North Dakota, with slightly more than 100,000 residents.

Snyder, who belongs to the Three Affiliated Tribes, said the shuttering of the Fargo sweat lodge in December has caused an emergency for its diverse users, including some who come from as far away as South Dakota and Canada. The ceremonies, which are often referred to as “sweats,” are important rituals that are meant to purify mind and body and that serve various other functions, depending on the tribe. The ceremonies are typically broken into rounds, with singing, praying, talking and drumming.

Whitney Fear, a member of the Oglala Lakota Tribe who serves with Snyder on Fargo's Native American Commission, said time in a sweat lodge — referred to in the Lakota culture as Inipi — “takes us to a place that is reminiscent of the womb.” She credits it with helping her mother stave off Stage 4 breast cancer two decades ago when an oncologist told her that her chemotherapy and radiation treatments weren't working.

“The medical professional in me probably could not explain that with science, but the Lakota woman in me can explain that it was the strength of what happens in Inipi that helped save her life,” said Fear, a mental health nurse practitioner at a Fargo community health clinic.

When the city decided to close the sweat lodge, Mayor Tim Mahoney, a longtime supporter of the lodge who founded the Native American Commission, cited reports that there had been uncontrolled heat during ceremonies that could have injured participants. A city memo in January also said some ceremonies lacked a helper and water pourer, as required by the Native American Commission's rules.

“A variety of people take part in the sweat and we just haven't had a consistent group or committee to manage it,” Mahoney said.

The city's fears are not unfounded. In 2009, three people died from heat exposure during a sweat lodge ceremony in Arizona run by a non-Native American self-help author who eventually served nearly two years in prison for negligent homicide. He was criticized by Native American leaders for desecrating a sacred ceremony through carelessness that reflected poorly on sweat ceremonies run safely by experienced lodge leaders.

The Native American Commission requires that each spiritual or lodge leader have proper training and rights from their respective tribes, but both Snyder and Fear said they haven't been comfortable with some of the people participating in ceremonies.

Snyder said that even though she's “in need of ceremony,” she hasn't used the lodge because she doesn't know if she would be “physically and spiritually" safe. She quoted her grandfather who told her, “If you don't know what you're doing or who is conducting the ceremony, you have no place there.” Fear was turned off by one of the users who offered a prayer urging Native women to stop marrying outside of their race.

Everyone agrees that a fresh start is needed. Snyder and others hope that the Fargo area will get a proposed $4 million Native American cultural center that would include a more formal sweat lodge. But with that prospect likely years away, they're focused on coming up with a plan to reopen a sweat lodge somewhere else in the near future.

Until then, one suggestion is relocating the lodge to the current site of Prairie St. John's psychiatric hospital, which is building a new facility elsewhere. Hospital officials see it as a way to be more responsive as a treatment center to Native Americans. Democratic state Sen. Tim Mathern of Fargo, an executive at the hospital, said the city needs a center “that honors and respects the indigenous community that actually settled this land.” But that, alone, wouldn't solve the problems that led to the lodge's shutdown.

Fear said there needs to be an investigation of lodge operations and some soul-searching within the community before moving forward. She said she's sad that ceremonies can't be held there currently, but any decisions on its future should be “done with such powerful and pure intentions that it will serve as a place of strength for the generations to come.”