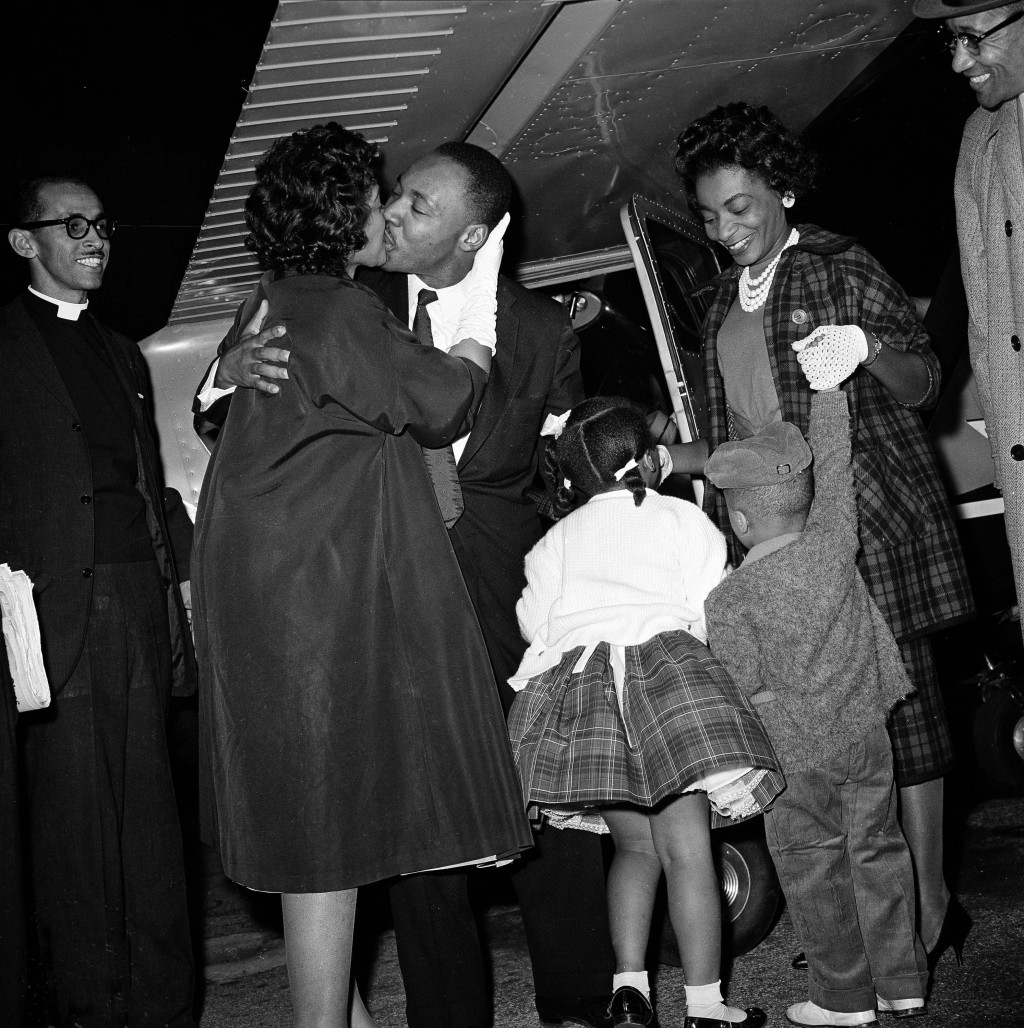 ATLANTA (AP) — EDITOR’S NOTE — The year of 1960 was pivotal for civil rights in America. Segregationist politicians insisted on upholding racist Jim Crow laws and policies that denied black people equal access to many aspects of public life. Legal challenges moved slowly. That year's presidential candidates faced a complex landscape as they vied for the support of southern states against a backdrop of simmering frustrations of black people and their civil rights.

This dynamic changed after young black people decided to risk arrest by openly disobeying the race laws. Inspired by news of the lunch counter sit-in in Greensboro, North Carolina, and guided by the Rev. Martin Luther King Jr.'s philosophy of nonviolent civil disobedience, Atlanta's black college students launched a sustained campaign of sit-ins and boycotts across the city.

They announced it with “An Appeal for Human Rights.” Appearing first as a paid advertisement in Atlanta newspapers on March 9, 1960, it called for ending racial inequality in all areas of public life.

Georgia Gov. Ernest Vandiver, who had vowed to keep the races separate, denounced it as “anti-American” and “evil,” but it was reprinted in full by other American newspapers, read into the Congressional Record and became a manifesto for the civil rights movement.

Sixty years after “The Appeal” was published, The Associated Press is making available some of its coverage of these events, including an article that appeared under the headline “Vandiver Raps Atlanta Student Negro Actions” and a package of photographs from the AP's archive.

The governor said a full-page newspaper advertisement by students of six Atlanta Negro Colleges had the same overtones usually found in anti-American propaganda.

Vandiver issued a statement saying the newspaper advertisement “is calculated to breed dissatisfaction, discontent, discord and evil.” He called on those who cause strife and discord in the state to desist, and appealed to Georgians not to pay attention to agitators.

The advertisement added that the students do not intend to “wait placidly for those rights which are already legally and morally ours to be meted out to us one at a time.”

The Negro students named a 15 member policy committee at a meeting Tuesday night to make plans for carrying out their campaign to “use every legal and non-violent means to gain full citizenship rights.”

An informed source said the committee would plan for immediate action, but that the nature of the action has not yet been determined.

The student declaration listed seven areas of what it called inequalities and injustices in Atlanta and Georgia — education, jobs, housing, voting, hospitals, law enforcement, and segregated movies, concerts and restaurants.

Vandiver repeated a charge that outside agitators were responsible for efforts to stage the first lunch counter demonstrations in Georgia — at Rich's department store Monday.

He said an Illinois student seemed to be the leader of the demonstration.

In his sharp criticism of the Negro newspaper ad, Vandiver said: “It did not sound like it was prepared in any Georgia school or college; nor in fact did it read like it was written even in this country.”

He said “White or colored, the individual must strive for opportunity and acceptance in society.” Even so, he added, the sitdown demonstrations cannot accomplish anything in defiance of the will and opinion of the people."

Mayor William B. Hartsfield discussed the racial problem on a television program Tuesday night. He said there is no reason for Negroes to have protest marches in Atlanta where they can walk into the city hall and talk over their problems with city officials.

“In Montgomery, the whole state, county and city government and the newspapers are against him,” Hartsfield said on WAGA-TV's Reporter Notebook program. “There is nothing the Negro can do but march and carry signs. Here he can get a hearing.”

A multi-college organization called the “All-University Student Leadership Group” is reported to be behind the protests made by Negroes in the full-page advertisement.

The Associated Press Corporate Archives contributed to this report.