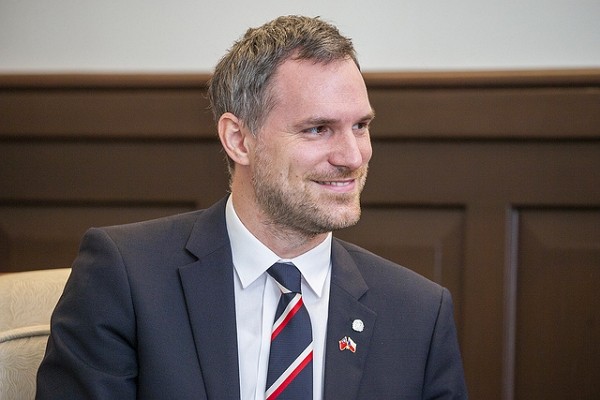 Prague Mayor Zdenek Hrib on Friday (March 6) thanked Taiwan for providing information on managing the novel coronavirus (COVID-19), which has been confirmed in 19 cases in the Czech Republic amid a growing outbreak of the virus in Europe.

In a Twitter post, Hrib showed a March 4 letter from the Taipei Economic and Cultural Office (TECO) in Prague, which contained "useful materials in English about practical measures the Taiwan government has taken" to control the virus.

The reference materials included a statistical analysis of the outbreak in Taiwan, information on response measures taken by Taiwanese authorities, hygiene education materials prepared by the Central Epidemic Command Center (CECC) and a weblink to the Ministry of Health and Welfare's newsroom.

In the post, Hrib noted that Taiwan's prevention efforts have limited its number of COVID-19 cases to 44, despite the country's close ties to China, and said the Czech government could learn from Taiwan's experience with the virus.

Europe has seen a precipitous rise of COVID-19 cases in recent weeks, with infections topping 4,600 in Italy and more than 600 cases reported in both Germany and France, as of Saturday.

A "friend in need is a friend indeed," Hrib wrote in English, adding that he had already forwarded the materials to the Czech health authorities.

Hrib is known for his support of Taiwan.

He signed a sister city deal with Taipei Mayor Ko Wen-je (柯文哲) in January, three months after Prague terminated its sister city agreement with Beijing due to a dispute over a "one-China policy" clause that in effect asked Prague to recognize Taiwan as part of China.