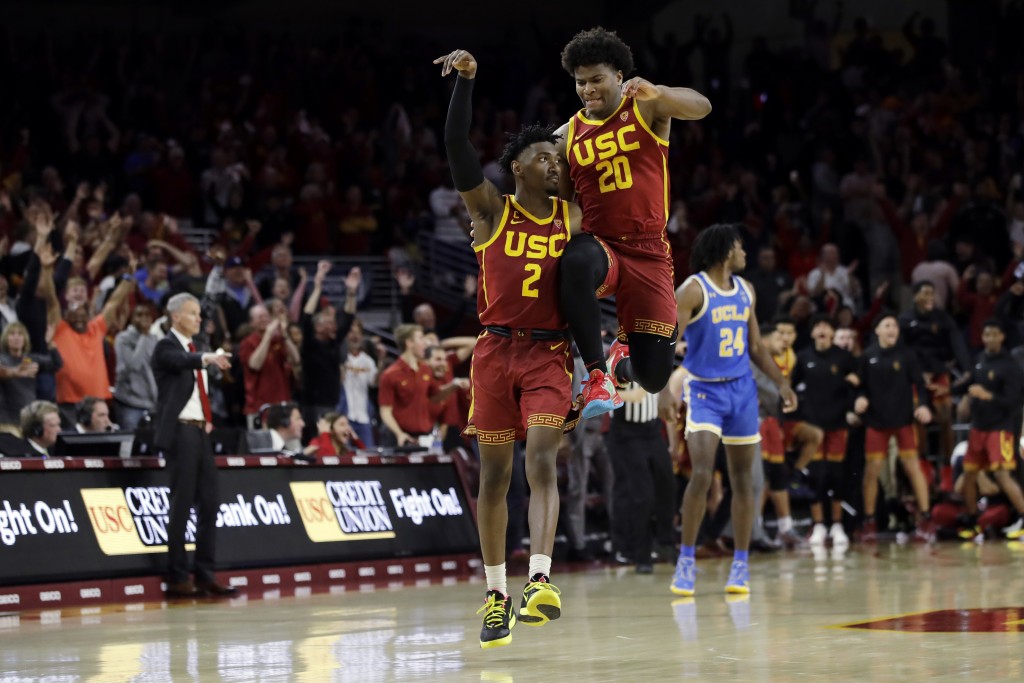 The Bruins (19-12, 12-6 Pac-12 Conference) came into the game tied for first with Oregon. Now they'll have to await the outcome of the Ducks' game against Stanford later Saturday. A victory would give the Ducks the title outright; a loss would allow UCLA to claim a share of its first league title since 2013.

His game-winning shot triggered a raucous celebration, with fans rushing onto the court.

UCLA had its chances against the Trojans. It was a close game throughout, with neither team leading by more than five points.

Trailing 51-50, Chris Smith passed to Jake Kyman, who fell down while backing up near the Bruins' bench for the turnover with 30 seconds to go.

USC inbounded the ball under heavy pressure and Smith drew his fifth foul, sending Okongwu to the line. The freshman missed both. The Trojans missed 6 of 10 free throws over the final 4 1/2 minutes.

Cody Riley made a pair of free throws to put the Bruins ahead 52-51 with nine seconds left, their first lead since early in the second half. Riley led the Bruins with 13 points off the bench. Smith finished with 12 points.

UCLA: The Bruins have already locked up a first-round bye in next week's Pac-12 Tournament. Unless they win the tournament and earn its automatic berth, however, they could miss the NCAA Tournament for the second straight year.

Both teams compete in the Pac-12 Tournament in Las Vegas.