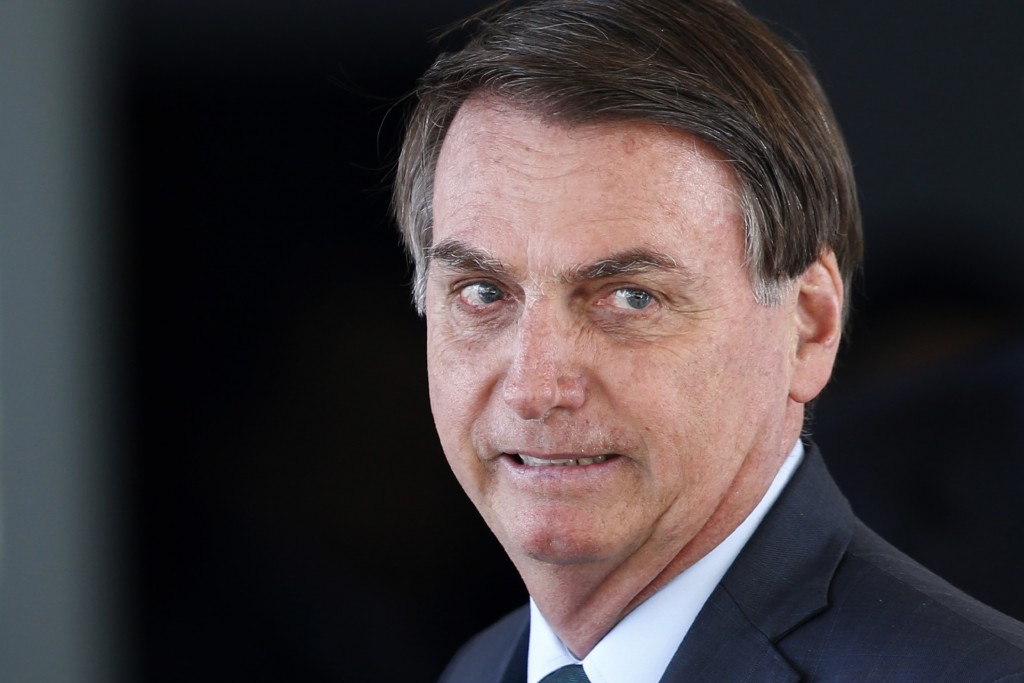 Forest conservation also was expected to come up during President Jair Bolsonaro's visit, according to the official, who spoke on condition of anonymity under grounds rules set by the White House.

Bolsonaro is on a three-day tript to the United States that includes a visit to the Miami headquarters of U.S. Southern Command, which oversees U.S. military operations in Central and South America, and the Caribbean. Bolsonaro also scheduled meetings with Florida Sens. Marco Rubio and Rick Scott, both Republicans. Trump is in Florida through Monday.

His administration has been the most important ally for Venezuela's opposition since Juan Guaidó leaped to the center of Venezuela's tumultuous political landscape more than a year ago. He pledged to force President Nicolás Maduro from power and restore democracy.

Though Guaidó has the backing of more than 60 nations, his popularity has faded, coupled with a failed military uprising.

The United States is continuing its “maximum pressure” campaign against Maduro and will continue to work on unspecified “bottlenecks” to a trade agreement with Brazil, the administration official said.

The U.S. has been pressuring governments worldwide to ban the Chinese tech giant Huawei from having any stake in their 5G networks. But Trump's campaign was dealt a blow when U.S. ally Britain decided to grant Huawei a limited role in supplying new high-speed network equipment to wireless carriers. The U.S. sees Huawei as an intelligence threat.

Bolsonaro, called the “the Trump of the tropics,” has turned his relationship with the U.S. president into a cornerstone of his foreign diplomacy. The far-right Brazilian leader has used Trump to shore up his base, often praising him and posting videos of himself on social media simply watching Trump speeches on television.

Trump likes Bolsonaro and says they have a good relationship. He hosted Bolsonaro at the White House last March.

The U.S. trip comes as a welcome respite for Bolsonaro, who at home is dealing with a weak economy and a strained relationship with Congress. Several opposition parties published a manifesto this week, encouraging Brazilians to go to the streets and demonstrate against the government.

Bolsonaro's allies see the invitation to dinner at Mar-a-Lago, Trump's private, dues-paying club in Palm Beach, as another sign that Bolsonaro’s alignment with America is paying off.

Trump last year granted Brazil the status of privileged ally outside NATO and backed its bid for membership in the Organization for Economic Cooperation and Development.

But U.S. support can be fickle and government critics question whether Brazil’s seemingly unconditional embrace of Trump's brand of politics will yield any real benefits.

In December, Trump pledged to impose tariffs on imports of steel and aluminum from Brazil after he accused Bolsonaro's government of manipulating its currency and hurting American farmers. Trump withdrew the threat days later.

Brazil also is struggling to combat growing illegal deforestation in the vast Amazon rainforest and was criticized for its poor handling of devastating fires in the region last summer. Government officials initially tried to play down the expansion of land grabbing, illegal mining or invasions of indigenous reserves. Bolsonaro, who supports economic development including in Amazonian protected areas, has blamed nongovernmental organizations and even actor and environmental activist Leonardo DiCaprio for being partly responsible for the fires.

But a government report in November said deforestation was at its worst in more than a decade. Between August 2018 and July 2019, deforestation reached 9,762 square kilometers (3,769 square miles), 30% more than the previous year.