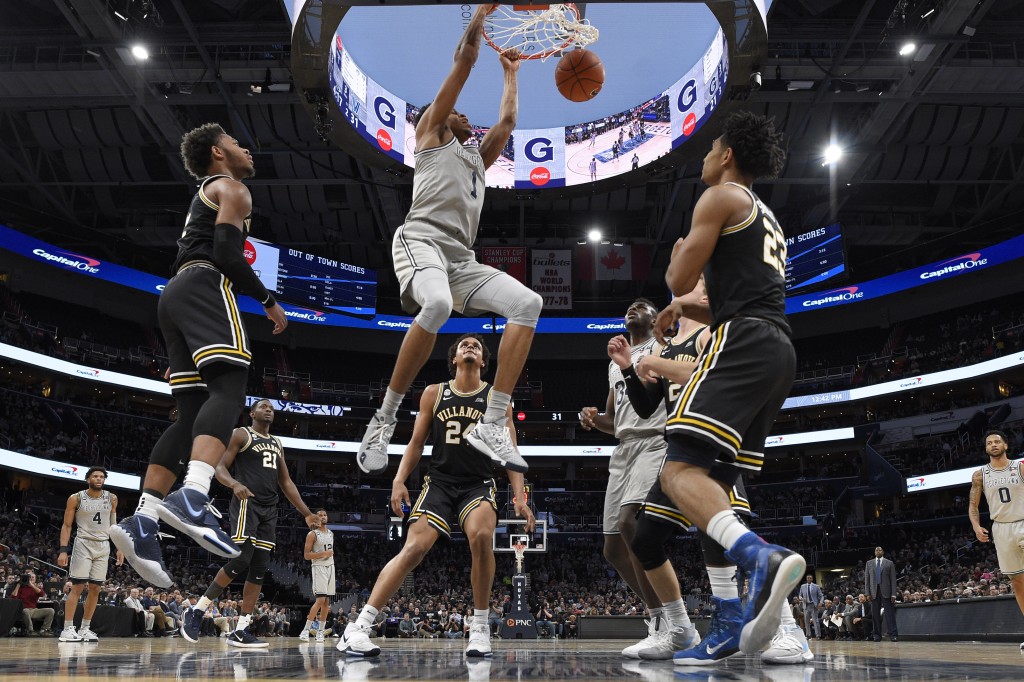 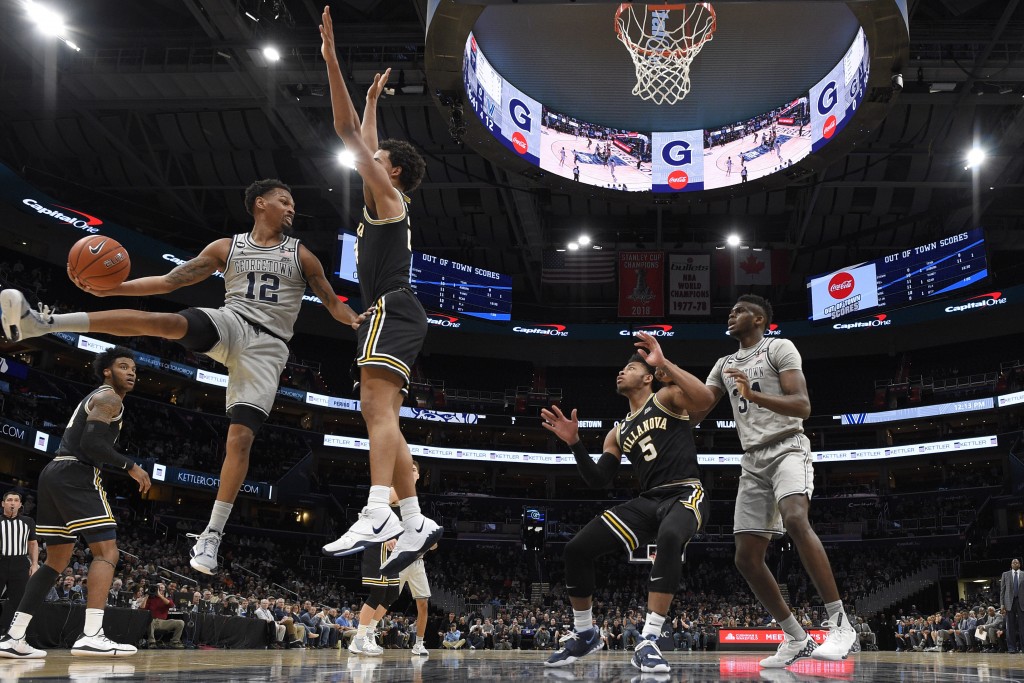 WASHINGTON (AP) — Jermaine Samuels had a 3-point play with 5.6 seconds left as No. 14 Villanova survived a late scare to defeat Georgetown 70-69 Saturday.

Samuels was fouled on a drive by Georgetown’s Jamorko Pickett and Qudus Wahab blocked the shot. After a video review, the basket counted and Samuels made the subsequent free throw to put the Wildcats up by one.

Georgetown's Terrell Allen got up a shot at the buzzer, but it clanged off the backboard as Villanova ended the game on a 5-0 run.

Saddiq Bey led Villanova (24-7, 13-5 Big East) with 18 points. The Wildcats can clinch a share of the league title if Creighton defeats Seton Hall later in the day. Samuels finished with 13, as did Jeremiah Robinson-Earl.

Pickett led Georgetown (15-16, 5-13) with 20 points as the Hoyas lost their sixth straight game and fell under .500 for the first time in coach Patrick Ewing’s three season in charge. Jagan Mosely added 13 points.

Georgetown was again without its top two scorers in Omer Yurtseven (left ankle) and Mac McClung (right foot). The Hoyas are now 1-5 this season when neither play.

Villanova: Despite the lack of a scholarship senior, Villanova will finish no lower than second in the league for the seventh straight season. Coach Jay Wright and the Wildcats will try to improve their NCAA Tournament seeding in next week’s conference tournament in New York. Villanova has made the last seven tournaments, winning it all in 2016 and '18.

Georgetown: Finished 5-13 in the league for the third time in the last four seasons. The Hoyas last had a winning conference record in 2015. Georgetown likely needs a few wins in New York for NIT considerations.

Villanova: Will play in the Big East quarterfinals on Thursday. The Wildcats have won the last three conference tournaments.

Georgetown: The Hoyas are locked into the No. 8 seed and will face No. 9 seed St. John’s on Wednesday night. Georgetown last won a conference tournament game in 2016.