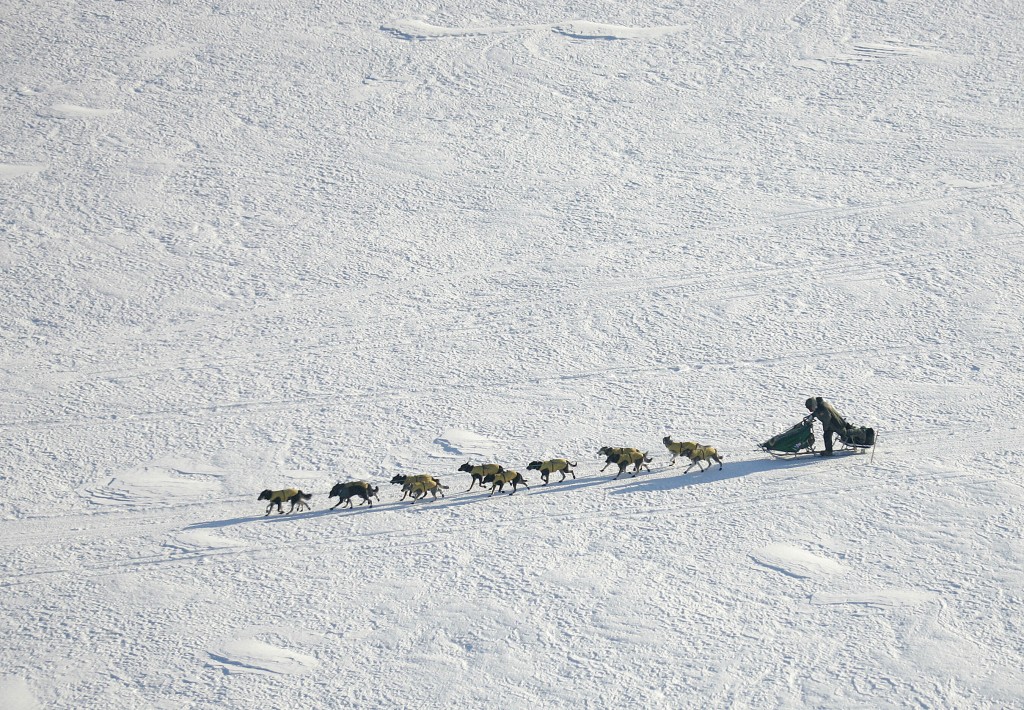 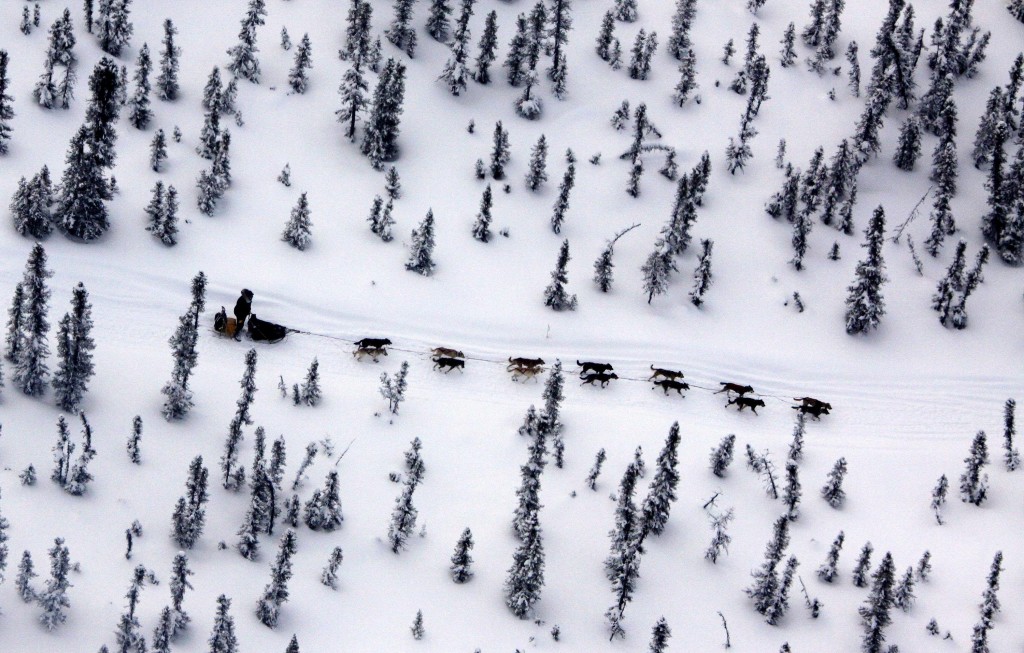 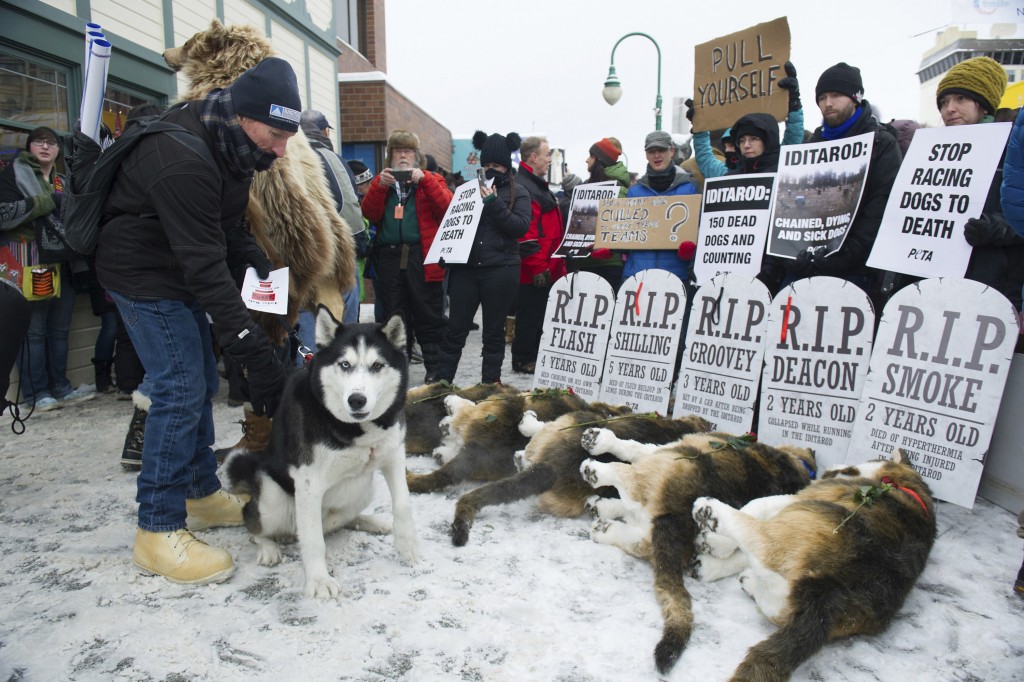 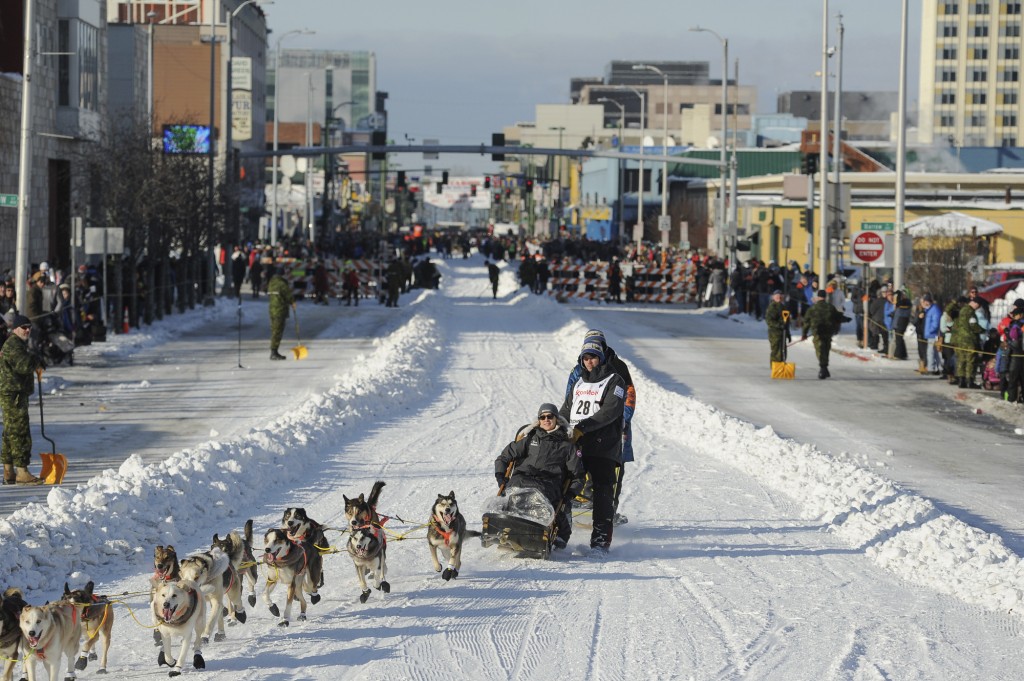 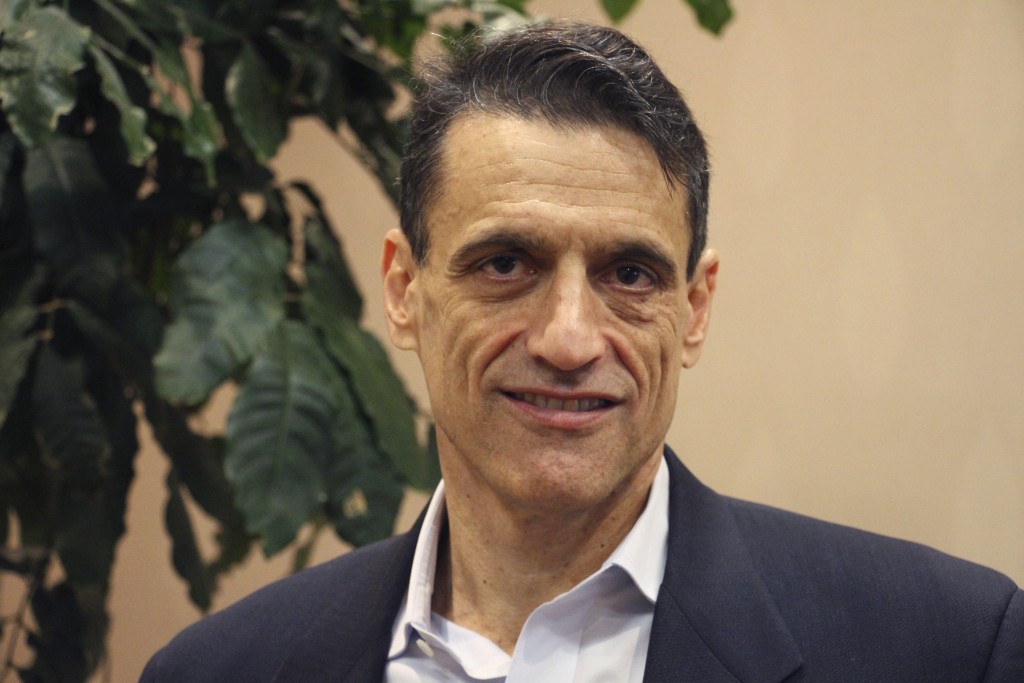 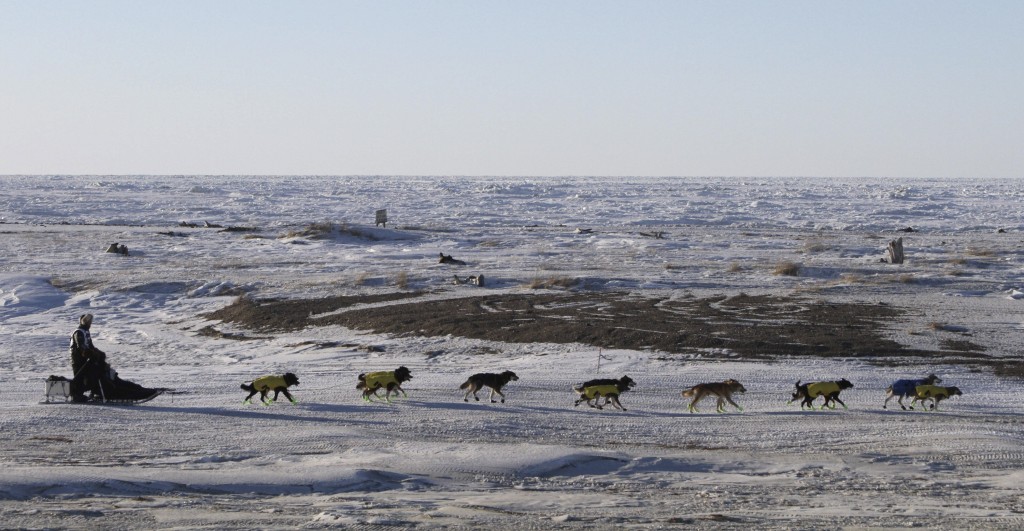 ANCHORAGE, Alaska (AP) — When 57 mushers line up Sunday for the official start of the Iditarod Trail Sled Dog Race, it will be the second-smallest field in the past two decades. Only last year’s field of 52 was smaller.

Interest in the world’s most famous sled dog race has waned in recent years, in part because of smaller cash prizes that make it difficult for mushers to compete in an expensive sport. Animal rights activists also have stepped up pressure on sponsors to drop their support.

Now, Iditarod officials are looking to breathe new life into the competition, joining a global sled-dog racing series that features TV coverage and a GPS tracking platform that they hope will appeal to fans. They're also adding a betting element for the first time this year, and plan to create some type of fantasy application for future races.

“Like many sports,” Iditarod CEO Rob Urbach said, “we are in a race for relevance.”

The Iditarod held its fan-friendly ceremonial start Saturday in downtown Anchorage. Mushers took selfies with spectators, who also photographed and pet some of the more than 800 dogs in town for the event.

The real race starts Sunday in Willow, about 50 miles (80 kilometers) north of Anchorage.

Nearly 1,000 miles (1,600 kilometers) of unforgiving terrain, doused in deep snow this year, await them as they cross two mountain ranges, travel on the frozen Yukon River and navigate the treacherous and wind-whipped Bering Sea coast to the old Gold Rush town of Nome. The winner is expected there about 10 or 11 days after the start.

“This year we’ve had a lot of snow. I won’t ever say too much snow, but it’s been a challenge to get trail put in,” race director Mark Nordman said. “It’s been a traditional colder winter like we used to have 10 years ago.”

Five former champions are in the race, including four-time winners Martin Buser and Lance Mackey and three-time champion Mitch Seavey. Jeff King, another four-time winner, was set to run this year’s race until he underwent emergency surgery Monday for a hernia and perforated intestine. One of his dog handlers will run the team instead.

Pete Kaiser, who last year became the first Yupik contender to win the Iditarod, is back to defend his title. Kaiser, 32, said a majority of the team that pulled him to victory will be back this year, including his lead dogs, Lucy and Morrow.

The 2018 winner and last year’s runner-up by only 12 minutes, Joar Leifseth Ulsom of Norway, is also in the field. Besides Ulsom, two others from Norway are racing, along with five mushers from Canada and one each from Denmark and Italy. Last year's top two female finishers, Jessie Royer in third and Aliy Zirkle in fourth, are also competing.

Kaiser believes the recent decrease in mushers could just be cyclical as mushers can afford to race for only one year and then have to work to build up cash for another race. Smaller purses don't help.

For Kaiser, race winnings, combined with a summer job and his kennel, allow him to compete in the sport he loves.

“If any one of those things isn't in order, then all of a sudden you feel like you're struggling,” he said.

Sponsorships are important not only to the mushers but to the Iditarod's overall financial health. Officials deem them so important that during the race’s annual meeting for media, they invited representatives from the Iditarod's biggest sponsors — not the mushers — to address reporters. This year, sponsors touted the good dog care mushers provide and tried to blunt criticism by the race's most vocal critic, People for the Ethical Treatment of Animals.

PETA calls the Iditarod cruel to the canine participants, and for years has pressed its main sponsors to bow out.

This week, the organization announced Alaska Airlines is dropping its sponsorship after this year’s race, following PETA protests outside its Seattle headquarters and meetings with PETA representatives.

The airline, which got its start in Alaska decades ago, confirmed the decision but said it represents a shift in its corporate giving strategy and had nothing to do with PETA.

“It’s a big blow,” said Bob Dorfman, a sports branding expert with Baker Street Advertising in San Francisco. "Whether Alaska Airlines will admit it or not, I'm sure it's the pressure from PETA that is causing them to drop the sponsorship.”

PETA claims more than 150 dogs have died horrible deaths running the Iditarod since it began in 1973. The Iditarod disputes that number but has declined to provide its own count despite numerous requests by The Associated Press.

PETA also says it will run ads on Anchorage television this week, featuring happy dogs saying they want to go out and play but they then want to come back in when they’re done. That’s contrasted with footage it says it obtained from people who infiltrated mushers' kennels posing as workers, showing dogs chained to dog houses in outdoor lots with no room to run.

The Iditarod hopes for increased exposure this year by being a crowning race in the inaugural Arctic World Series, which also includes competitions in Minnesota, Finland and Russia. The series, backed by a Norwegian pet food supplement company, is designed to grow the sport's popularity. It includes a platform that allows GPS tracking of mushers.

Another aspect that could help attract fans is the addition of gambling this year. For $10 a bet, people can predict which musher will win, their time into Nome and how many of dogs they have when the cross the finish line. Mushers traditionally start the race with 14 dogs but can drop animals that aren't running well. A musher must cross the finish line with at least five dogs in the harness.

Prize amounts will be determined by the number of entries, with a portion going to the Iditarod.

Other sports have increased their presence if not popularity by adding gambling, but the Iditarod has challenges others don't, Dorfman said.

“It’s such an esoteric event,” he said. And now that there’s negative publicity around the race, “it’s really going to be a challenge to somehow get interest in the Lower 48, especially as long as animal cruelty is swirling around it.