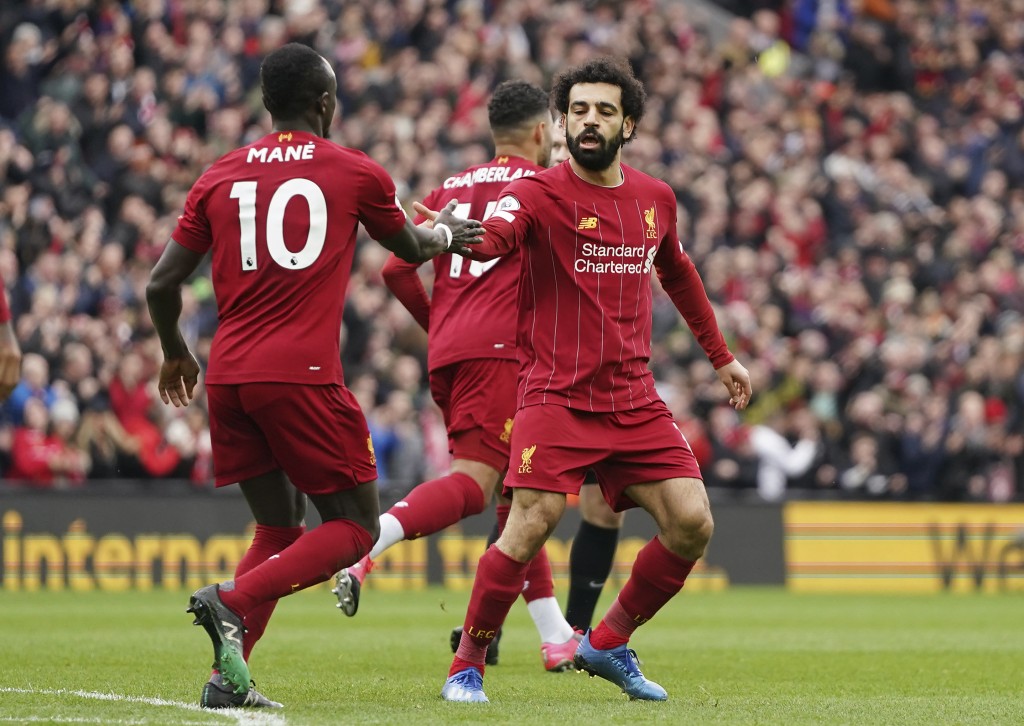 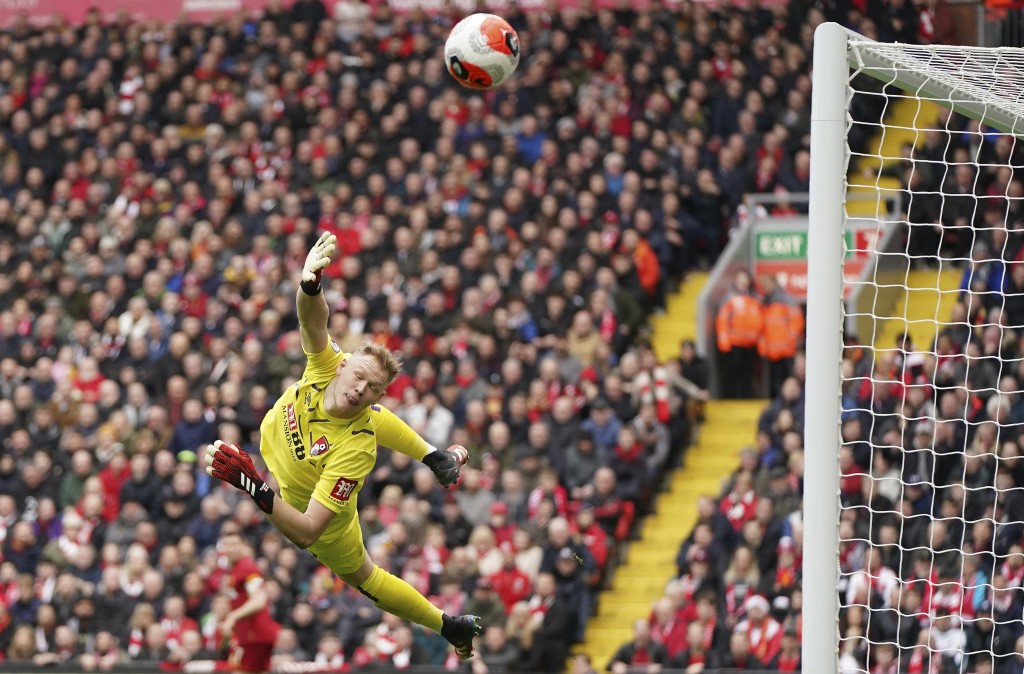 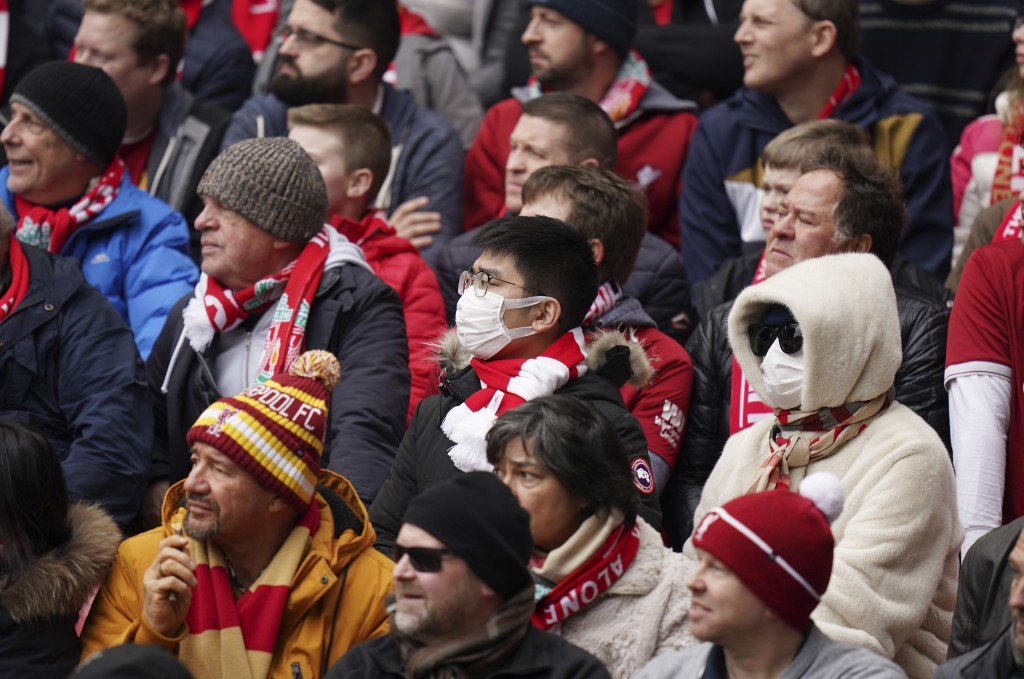 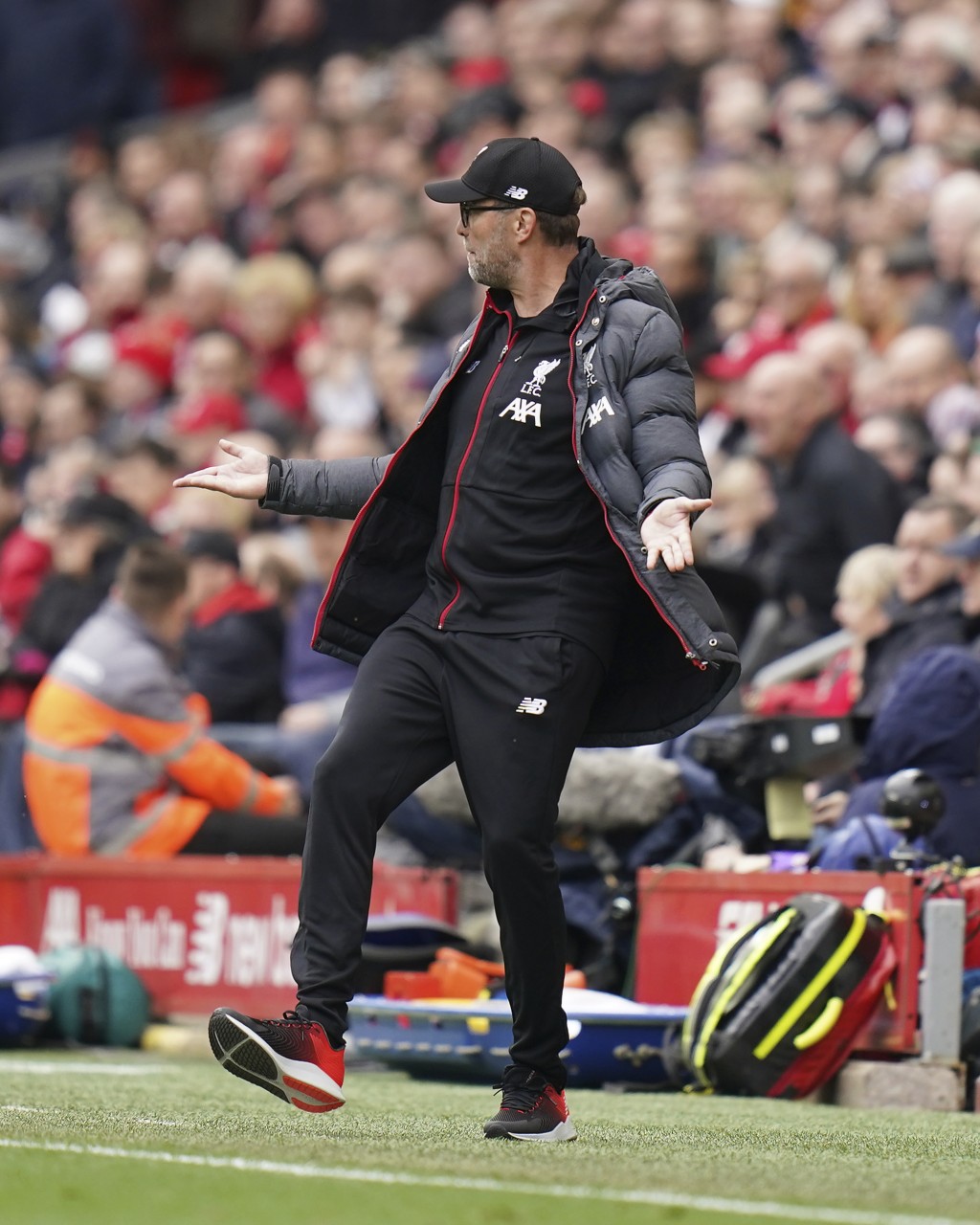 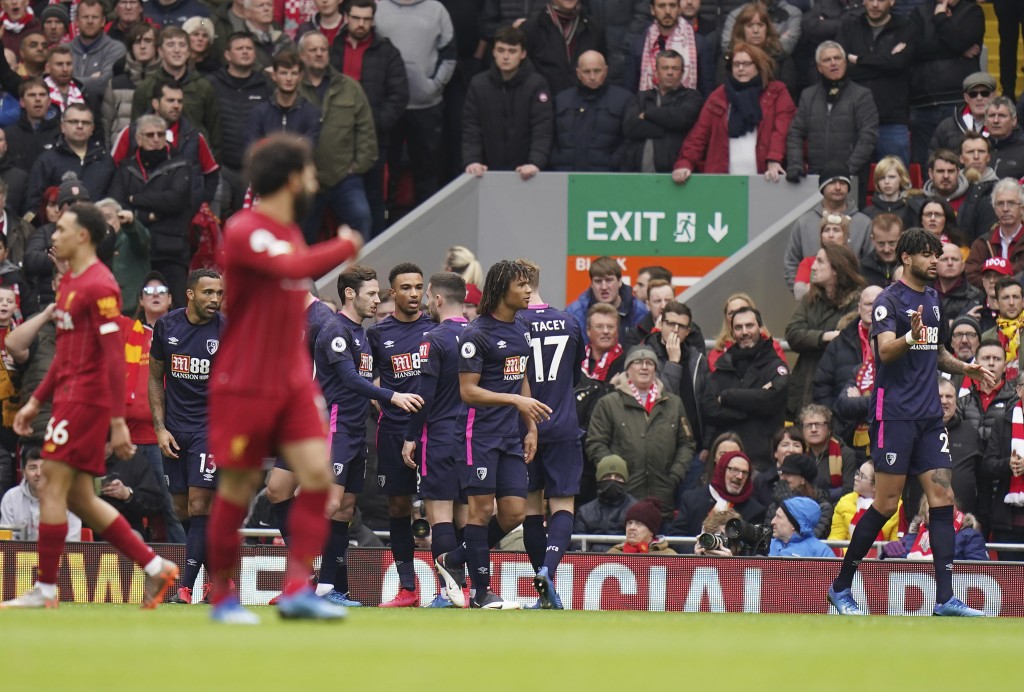 By recovering from conceding early to beat Bournemouth 2-1, Liverpool extended its Premier League lead on Saturday to 25 points, a week after its hopes of an unbeaten title campaign ended.

Defensive lapses were seized on by Mohamed Salah and Sadio Mane as they scored the goals that wiped out Callum Wilson's early strike to hand Liverpool an English top-flight record 22nd straight home win.

Instead, Liverpool can get back to counting down the days until its 30-year title drought ends and second-place Manchester City is dethroned as champion.

Whether that will happen in front of their own fans, or any crowd, remains uncertain with nine matches remaining.

The coronavirus outbreak has opened up the prospect of the closing weeks of the season being played in empty stadiums. The first sign of the measures to try to contain the COVID-19 illness came before kick-off when the players and match officials did not shake hands, instead walking past each other after lining up on the pitch.

Bournemouth players didn't mind the close contact to embrace after racing into a shock lead in the 9th minute. When your team has lost the last five league games against Liverpool by an aggregate score of 17-0, it's worth savouring the chance to celebrate.

It came from a counterattack that was completed in front of the Kop when Wilson pushed past Joe Gomez before passing to Philip Billing. Jefferson Lerma was then played in down the right flank and the ball was squared for Wilson, who had beaten the offside trap.

Liverpool's protests over the push in the build-up were overlooked by the referee and VAR as the goal was given.

For the fifth successive game, including a Champions League loss at Atletico Madrid and FA Cup exit at Chelsea, Liverpool was trailing.

For all the recent frailties in the title push, the 18-times champions always prevail to avoid a first home loss in the league since April 2017.

They were level by the 25th minute. Jack Simpson, who had replaced injured Bournemouth captain Steve Cook, was trying to play the ball out from the back when he was dispossessed by Mane.

The Senegalese forward picked out Salah, who had time to take a touch around Lerma before netting to take his tally to 20 goals for a third consecutive season.

Liverpool was in front by the 33rd when Lewis Cook lost the ball around the halfway line and Virgil van Dijk sent a defense-splitting pass to Mane, who tucked the ball into the net.

Liverpool was back on top but Bournemouth was never out of the game.

It took James Milner, on his first start since January, to keep out the equalizer.

When Ryan Fraser chipped Adrian, who was deputising in the Liverpool goal for the injured Alisson, the 34-year-old Milner scrambled back to hook the ball off the line.

Bournemouth was saved by the corner of the crossbar and post when Mane curled a shot from distance.

Liverpool is now three wins from clinching the title.

If second-place Manchester City beats Manchester United on Sunday and continues winning before hosting Liverpool, Juergen Klopp's side can seal the trophy at the home of the champions on April 5.