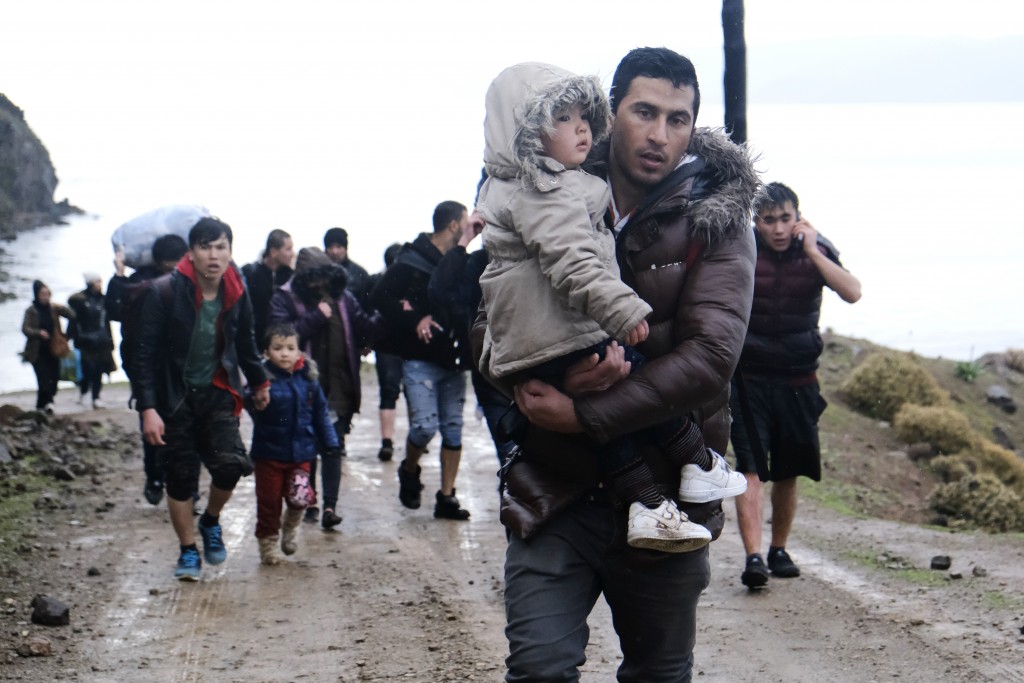 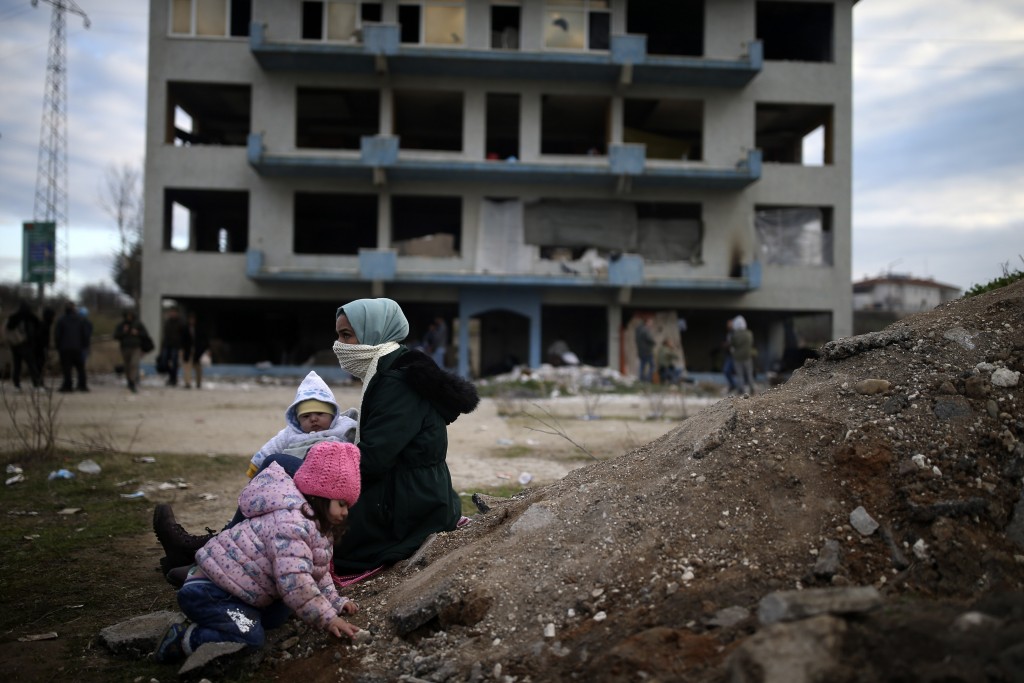 BUDAPEST, Hungary (AP) — No entry, says Hungary. Not all at once, says Greece. Watch out, says Croatia: They might have the coronavirus.

This week, thousands of asylum-seekers sit at the intersection of a pair of fast-moving news stories — a spike in migration in Europe and uncertainty about the global spread of the new and sometimes deadly virus. They have found themselves trapped between two worlds, at the mercy of political machinations and governments that are telling them in no uncertain terms: We don't want you here.

The complex situation, which has commanded the attention of rights advocates across Europe and anti-immigration extremists on the ground in at least one nation, is a product of something that happens ever more frequently in today's globalized world: a collision of high-profile global events that places the powerless in a situation far beyond their control.

“The current wave of migrants is not a threat only with the direct risk of terrorism. Most of the illegal migrants are arriving from territories like Iran, which is also a focal point of the coronavirus,” said Istvan Hollik, the communications director of Hungarian Prime Minister Viktor Orban's Fidesz party.

“We cannot put at risk the security of the Hungarian people, so we continue to say ‘no’ to immigration and we protect the Hungarian borders," Hollik said in a video posted Wednesday on Facebook.

Worries about the potential spread of the new virus by migrants and refugees have also been mentioned as a risk factor by officials in Greece and Croatia. In varying degrees, they have identified migrants as security threats and — also in varying degrees — linked them directly to coronavirus fears.

Hungary has also suspended admitting asylum-seekers into a pair of transit zones on the Serbian border, where they file their asylum claims, because of the concerns about the spread of the coronavirus. Officials said the indefinite suspension was done to protect Hungary and the 321 asylum-seekers already in the transit zones.

Four cases of the new virus have been identified in Hungary thus far — including a pair of Iranian students who recently visited their homeland.

Rights advocates in Hungary aren't happy with the approach. They say the government decision to bar asylum-seekers from the border transit zones was part of a “hate campaign demonizing refugees.”

“From the point of view of the epidemic risk, this is only an act to keep up appearances,” the Hungarian Helsinki Committee said in a statement. It noted that people applying for asylum at the transit zones have to wait in Serbia for extended periods, even years, before being allowed into the transit zones.

“No coronavirus testing is carried on travelers arriving from Serbia at the border crossing a few hundreds yards from the transit zone at Roszke,” the group said. As of midday Friday, Serbia had a single confirmed case of the new virus, a 43-year-old man who made several recent trips to Budapest.

Since asylum applications in Hungary can only be made in the transit zones, preventing migrants from entering the complexes built from shipping containers amounts to “the total denial of access to the asylum procedure,” the group said.

The World Health Organization's regional office for Europe did not reply to emailed questions about possible links between migrants and the spread of coronavirus infections.

In Greece last week, before a migrant crisis on the border with Turkey began, Prime Minister Kyriakos Mitsotakis said he planned to step up border security in light of the new virus. He told a cabinet meeting that his approach was informed by the presence of migrants from Afghanistan and particularly Iran, where many cases have been reported. He also outlined plans to build new migrant detention centers on Greece’s eastern islands to replace existing ones that are overcrowded and squalid.

“Our islands, which already face public health problems, must be doubly protected," Mitsotakis said. "To put it simply, we must do whatever we can to prevent the coronavirus appearing — especially (on the islands).”

Iranians make up less than 3% of migrant arrivals in Greece, with Afghans accounting for one in two.

In Croatia, Health Minister Vili Beros said the migrants represent a "potential" risk of spreading the coronavirus, adding that the European Union will find a solution for the problem. So far, Croatia has recorded 10 confirmed cases.

And in Serbia, there’s also growing anti-migrant sentiment amid the coronavirus spread and the potential of another wave of migrants coming north from Greece. Extremists have organized evening foot patrols in the capital city, Belgrade, threatening migrants, telling them how to behave, where to go and “not to touch” Serbian women.

Serbia's populist president, Aleksandar Vucic, has pledged that he will not allow his country, considered only a transit area for the migrants attempting to reach the EU, to become “a parking lot” for migrants. Far-right parties have even suggested that some 6,000 migrants currently in the Balkan country be kicked out.

The government of ethnically divided Cyprus last week shut four of nine crossing points along a U.N. controlled buffer zone, saying it wanted to better check for potential carriers of the coronavirus traversing from the breakaway Turkish Cypriot north to the internationally recognized Greek Cypriot south.

Cyprus is beset by its own migrant issues. It says it can no longer cope with a stream of migrants who enter the island mainly from the north to seek asylum in the south. The Cypriot government accuses Turkey of channeling migrants to the south to purposely alter the country’s demographic character.

Cypriot government officials insist the crossing point closings have nothing to do either with the migration issue or the complex politics of the island nation’s ethnic divide. The 120 mile-long buffer zone is notoriously porous and many migrants cross southward from unguarded areas. They said the measure is a temporary one enacted solely to protect from the possible spread of the virus.

Cypriot President Nicos Anastasiades dismissed criticism of the closures as unjustified, saying the government is obligated to protect all Cypriot citizens.

Hungarian officials have also noted the rising number of migrants caught at their borders in recent months. The government’s stringent anti-immigration policies led to the construction in 2015 of fences protected with razor wire on the southern border with Serbia. In 2015, over 400,000 migrants passed through Hungary before the fences were erected.

Orban began expressing increasingly anti-immigration views in early 2015. His 2018 re-election campaign — which saw his Fidesz party win its third consecutive two-thirds majority in parliament — was based on his opposition to immigration, especially by Muslims, whose arrival in large numbers he said would end Europe's Christian culture.

Since the 2015 migrant crisis, Hungary has taken repeated measures to reduce the number of asylum-seekers received in the country. Speaking last month in Rome, Orban noted that “there is not a single Muslim migrant in Hungary.”

Nicholas Paphitis in Athens, Greece, Menelaos Hadjicostis in Nicosia, Cyprus, and Dusan Stojanovic in Belgrade, Serbia, contributed to this report.