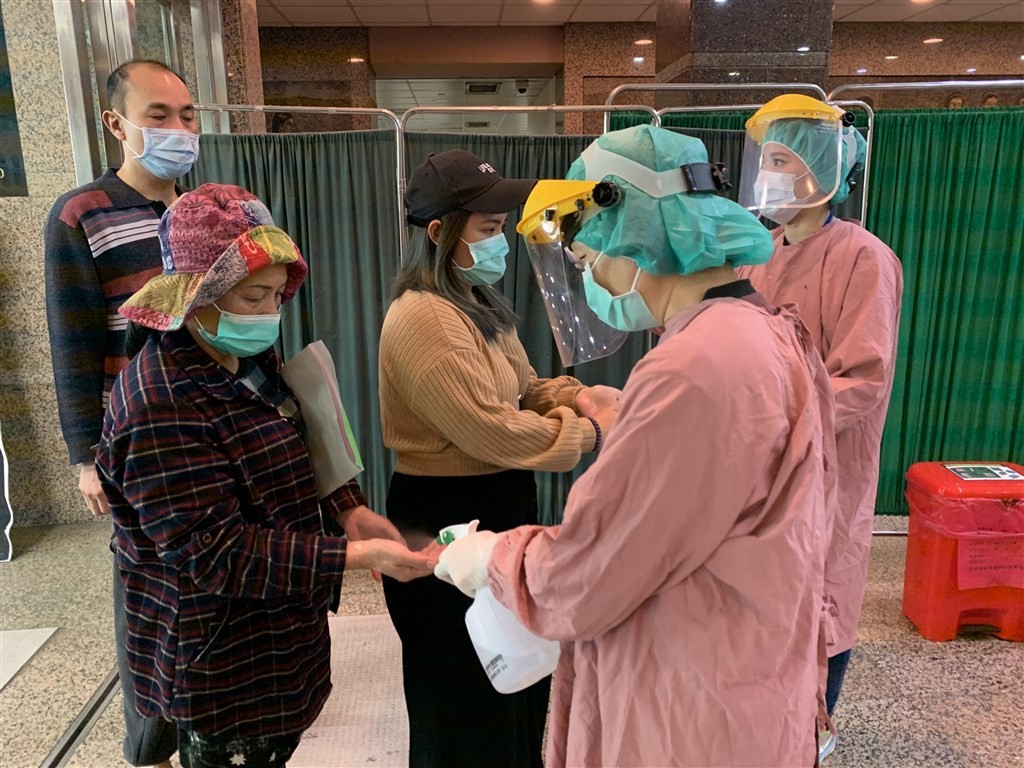 KAOHSIUNG (Taiwan News) — This has been the week that the Wuhan coronavirus epidemic swept the world. It has caught the attention of just about everyone and created fear and panic across all five continents.

South Korea is now the second-worst affected country with more than 6,000 confirmed cases. Many countries have imposed travel restrictions on its citizens and a "special care zone" has been created in the Gyeongsan area, close to Daegu, where the worst outbreak happened.

In Japan, there have been 361 confirmed cases, not counting the 696 infected passengers on the Diamond Princess cruise ship. Schools have been shut for much of this month and the Tokyo Olympic Games, scheduled to take place this summer, are already thought to be under threat.

In China, official data claims over 80,000 cases with more than 3,000 deaths so far, although the real figure is likely to be many times that. The World Health Organization (WHO) has been backing China and claims that it has the virus under control.

However, the cancellation of events like the Chinese Grand Prix and the Asia Rugby Sevens Series tournament, as well as the decision of countries like Japan and Taiwan to cancel visas and refuse visitors from China, suggests these claims are not believed.

In the middle of this sits Taiwan, a country with close economic and social links to China, Japan, and South Korea. Yet in Taiwan, there are currently just 45 confirmed cases.

Think about what a remarkable achievement that is for a moment. Taiwan currently has fewer cases of Wuhan virus than countries like Switzerland, Belgium, Kuwait, and Norway.

It is a huge achievement that has been criminally overlooked by both the WHO and much of the wider international community. The Journal of the American Medical Association has lauded Taiwan’s efforts, as has a South Korean magazine, but wider recognition has been scarce.

How Taiwan controlled the coronavirus

The steps taken by the Taiwanese authorities to handle the outbreak are not actually that radical. First, they ignored official denials by the Chinese Communist regime and its WHO puppets and began checking passengers from Wuhan for symptoms as far back as December.

They also cut off flights from China far earlier than other Asian countries and the rest of the world. This allowed it to keep a much closer eye on Chinese visitors to Taiwan and contain any cases that did arrive.

The common use of hand sanitizers and face masks in Taiwan has obviously been helpful, and stepping up usage has been managed with a minimum amount of public panic and shortages. The New Year’s holiday was extended for schools and some businesses, but this action was taken at exactly the right moment to halt the spread of the disease at its most critical moment.

The coronavirus continues to affect other areas of Taiwanese life. Tourism numbers are down and the economy has taken a hit, but the government has approved a US$1.96 billion stimulus package to help those companies affected.

The Taiwanese are hugely impressed with the response. Taiwan President Tsai Ing-wen’s (蔡英文) approval ratings are up to 68.5 percent, and 82 percent of Taiwanese think the government has handled the crisis well.

China and the WHO

The only people who don’t seem impressed by Taiwan’s handling of the crisis is Communist China. It is clear from its reaction that it is infuriated to no end that Taiwan is coping so well while its own country is experiencing a meltdown.

Even more frustrating is the fact that Taiwan is achieving control with transparency and clear communication, without having to forcibly lock people into ill-equipped and under-staffed hospitals or even their own homes.

Another annoyance will no doubt be the fact that, even though Taiwan’s success is being under-reported around the rest of the world, it is being classed as Taiwan in almost all media outlets — recognition that the notion of Taiwan as a province of China is simply not credible.

Everyone in Taiwan, from the president down to the average person on the street, should be proud of how Wuhan flu has been handled here. It is a model the rest of the world would have done well to follow, and it is a success story that Taiwan should be shouting from the rooftops.

The only thing that could top Taiwan’s achievements would be if the cure or vaccine to the Wuhan virus could be developed here too. With Taiwan’s excellence in this field, it is quite conceivable.

It will be fascinating to see how both the WHO and the Chinese Communist Party react if they have to come begging to Taiwan for the solution to a crisis that is entirely of their own making.