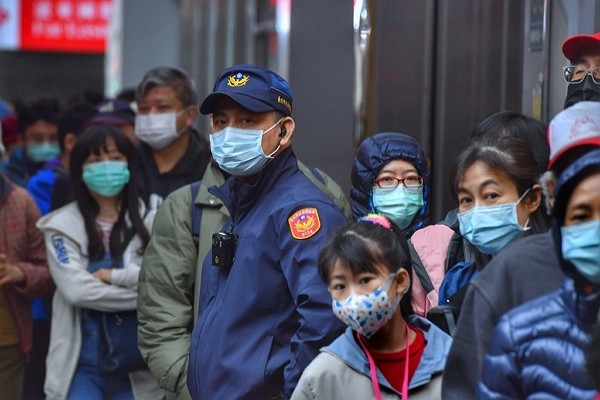 The article noted that Taiwan is regarded as a high-risk area for Wuhan coronavirus due to its close proximity to China, the epicenter of the outbreak. It also observed that many students and workers have traveled between Taiwan and China.

However, the report said that Taiwanese health officials have demonstrated a remarkable ability to limit the number of COVID-19 infections. The article pointed out that Taiwan was one of the first countries to establish screening and tracking mechanisms for those with coronavirus and that its island geography has also contributed to easier border controls.

The French newspaper said the Taiwanese government's cautious approach has proven to be the key to preventing large transmission clusters. It also mentioned that the country's decision to ban the entry of Chinese nationals from Feb. 6 and to place non-Chinese individuals who had recently been to China, Hong Kong, or Macau under 14-day quarantines.

Fang Chi-tai (方啟泰), a public health professor from National Taiwan University (NTU), told Le Monde that Taiwan is treating the outbreak with great caution because of past experiences, such as the 2003 SARS epidemic, and its exclusion from important discussions at the World Health Organization (WHO). Fang said that Taiwanese have faith in their government and that quarantined individuals are not concerned about being mistreated.

Taiwan Health Minister and Central Epidemic Command Center (CECC) Head Chen Shih-chung (陳時中) was described as "one of the most popular government officials in Taiwan." Le Monde emphasized that China has on many occasions put political pressure on Taiwan but that "Beijing's travel ban to Taiwan has ironically turned out to be a blessing" to the island country.