Update: The Landis Taichung will cease operations effective March 9 over losses incurred by increased rental fees, competition from rivals, and the coronavirus, according to an announcement made by the company’s board Friday afternoon.

TAIPEI (Taiwan News) — Taiwan hotel chain Landis Hospitality Group announced on Friday (March 6) a trading halt of its stock pending the release of an announcement that some surmise could be related to coronavirus fallout.

According to the company, a board meeting will be convened before the relevant information is disclosed to the public, reported CNA. The announcement is believed to concern operational adjustments for its subsidiaries.

The company’s two hotels, The Landis Taipei and The Landis Taichung, have delivered less-than-satisfactory performances over the years due to fierce competition. The Landis Taichung has only made a one-year profit since opening in 2007, due to high rental fees, new competitors, and more recently, the impact of COVID-19, wrote UDN.

Located in an upscale area of Taichung City, The Landis Taichung was once considered a landmark for its trendy design. Industry observers reckon the hotel may close because of disagreements over rental fees. Its building is leased from Cathay Real Estate Development, as was the Westin Taipei, which was closed over rental fee issues.

The unrelenting spread of the coronavirus is taking a toll on travel, accommodation, and recreational industries around the globe. Hotels in Taiwan are struggling to cope despite launching deals such as room discounts and extended room hours, according to UDN. 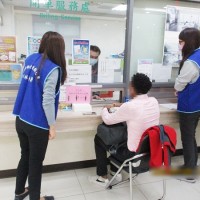