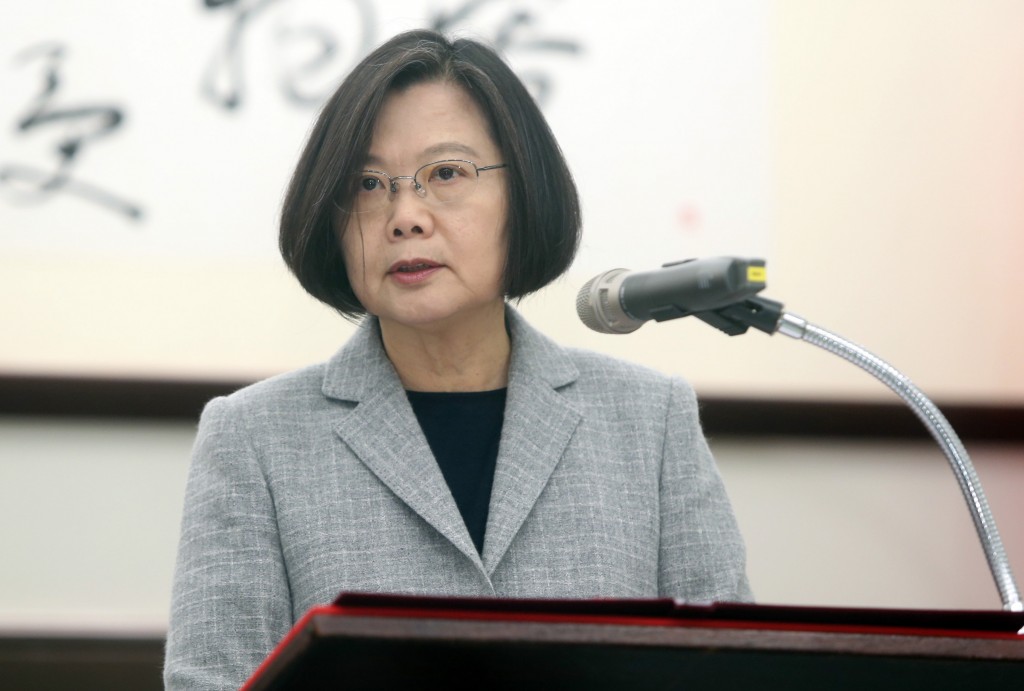 TAIPEI (Taiwan News) — After news broke that the U.S. House of Representatives on Wednesday (March 4) unanimously passed the Taiwan Allies International Protection and Enhancement Initiative Act (TAIPEI Act), President Tsai Ing-wen (蔡英文) expressed thanks and said that her country will continue to work with the U.S. to contribute to the peaceful and stable development of the Indo-Pacific Region.

The lightly revised TAIPEI Act was passed with a unanimous vote of 415 to zero. The bill, which aims to discourage Taiwan's diplomatic allies from cutting ties with the island country due to pressure from Beijing, had also been unanimously approved by the U.S. House of Representatives Foreign Affairs Committee on Oct. 30.

During a meeting with American Institute in Taiwan (AIT) Chairman James Moriarty on Thursday (March 5), Tsai said that she was very grateful to friends in the U.S. Congress for helping Taiwan consolidate diplomatic relations, participate in international organizations, and enhance economic and trade relations between Taiwan and the U.S., reported Rti. She also thanked the U.S. State Department for issuing a statement condemning the International Civil Aviation Organization (ICAO) for blocking Twitter users who supported Taiwan's inclusion in the organization and for affirming Taiwan's expertise in cross-border public health issues.

The president said that everyone should enjoy the right to health and freedom of speech. "These shared values are also the foundation of the firm partnership between Taiwan and the U.S.," the report cited Tsai as saying.

Tsai said that in the future, Taiwan will continue to work closely with the U.S. and other like-minded countries in the region to jointly contribute to the peaceful and stable development of the Indo-Pacific region. The president said that Taiwan and the U.S. are not only bilateral partners, but also global partners.

"On the whole, we thank the Trump administration for its continued arms sales to Taiwan," said Tsai, according to the report. She then indicated that the country would be a strong ally of the U.S. in the region: "Taiwan will also continue to defend itself and promote national defense as a solid democratic ally in the Indo-Pacific region. "

The president also said that she expects Taiwan and the United States to sign bilateral trade agreements to strengthen economic and trade exchanges and promote economic growth. This is likely referring to an amendment originally added to the Senate version by Gardner and now included in the House version which requires the U.S. to initiate bilateral trade negotiations with Taiwan with the goal of signing a free trade agreement (FTA) that is mutually beneficial, protects U.S. workers, and benefits U.S. exporters.