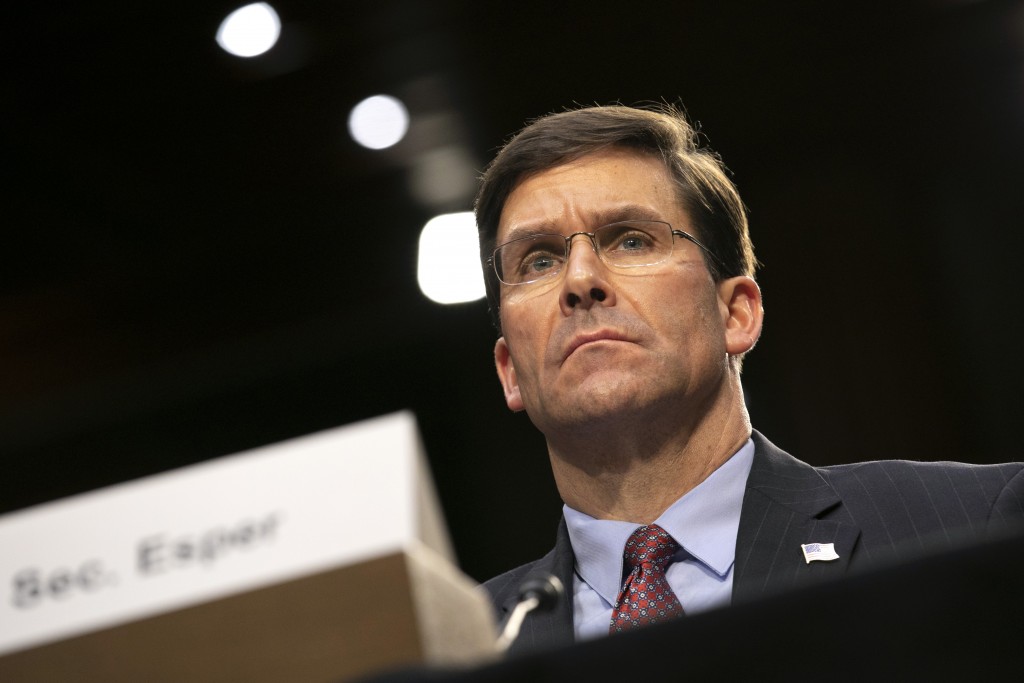 WASHINGTON (AP) — Less than 24 hours after President Donald Trump said he had a “very good talk” with a top Taliban leader and insisted the group wants to cease violence, a U.S. military drone on Wednesday targeted the militant group — retaliation for an uptick in Taliban attacks against Afghan forces.

The mixed signals underscored the fragility of the U.S.-Taliban deal signed last weekend that aims at ending America’s longest war.

U.S. officials said Wednesday's airstrike was intended as a message to the Taliban to continue to enforce a reduction in violence commitment they had agreed to ahead of intra-Afghan peace talks that are supposed to begin next week. They stressed there was always the expectation that there would be hiccups in the process and that scattered violations would not necessarily crater the deal or the intra-Afghan talks.

Officials noted that the deal signed in Doha, Qatar, does not include a full-on cease-fire but rather leaves negotiations on a comprehensive nationwide truce to the intra-Afghan talks. In the meantime, the reduction in violence commitment had been expected to be respected. It does not, however, say that the truce or completion of a peace accord are required conditions for the withdrawal of American troops.

Defense Secretary Mark Esper told a Senate panel Wednesday that the Taliban are honoring the agreement by not attacking U.S. and coalition forces, “but not in terms of sustaining the reduction in violence.” He added: "Keeping that group of people on board is a challenge. They've got their range of hard-liners and soft-liners and so they’re wrestling with that too, I think.”

Esper, who was in Kabul on Saturday with Afghan leaders while the peace agreement was signed in Doha, said the document allows the U.S. to act in defense of the Afghan forces. “It’s the commitment I made to the Afghans when I was there on Saturday. We would continue to defend the Afghans,” he said.

The peace deal calls for a comprehensive nationwide cease-fire to be negotiated in the intra-Afghan talks, and it says the U.S. must begin withdrawing more than 4,000 U.S. troops from Afghanistan in the next week or so.

Still, a surge in Taliban attacks since the peace deal was signed, coupled with the refusal thus far of the Afghan government to release thousands of Taliban prisoners, may have imperiled the planned March 10 start of the Afghanistan negotiations.

And, as the renewed violence complicated the situation, U.S. lawmakers expressed concern that the U.S.-Taliban agreement gives away too much for too little and may threaten America's national security. They also complained about two annexes to the agreement that have not been made public that lay out the process for the withdrawal of American and allied troops

“I read the secret annexes to the Taliban deal today. Bottom line: the administration is telling a terrorist group the conditions (such as they are) of our withdrawal from Afghanistan, but not telling the American people. This is wrong. And it serves no national security purpose,” said Rep. Tom Malinowski, D-N.J., a former State Department official.

At a congressional hearing on Tuesday Cheney made a point similar to Malinowski's. “The documents have been seen by the Taliban, so I believe that the American people deserve to know what agreement has been entered into our name with the terrorists” who harbored those behind the Sept. 11, 2001, attacks, she said.

Graham accused the Taliban of violating the deal. “Always suspicious of the Taliban when it came to any peace agreement, but can't believe they're this stupid," Graham tweeted, adding that the violence "not only violates the spirit of the alleged peace deal, it violates the letter of the agreement.”

The Afghan Interior Ministry said four civilians and 11 troops were killed Wednesday in a wave of Taliban attacks across the country.

In his account of the call with Mullah Abdul Ghani Baradar, a co-founder of the Taliban and head of their political office in Qatar, Trump told reporters that his relationship with Baradar is “very good” and that the Taliban “want to cease the violence.”

The White House readout of the call was more restrained. It said Trump had “emphasized the need to continue the reduction in violence” and urged the Taliban to participate in the intra-Afghan talks.

In a tweet Wednesday, the U.S. special representative, Zalmay Khalilzad, said he had met with Baradar and other Taliban members before the call with Trump. “We all agreed the purpose of the US-Taliban agreement is to pave the path to a comprehensive peace in Afghanistan,” he said.

Trump has looked to the agreement as a step toward making progress on his campaign pledge to extract U.S. troops from “endless wars.”

Although the agreement signed in Doha says the phased drawdown of American and allied troops is dependent on the Taliban entering intra-Afghan negotiations and taking them seriously, the withdrawals are only specifically contingent on the Taliban meeting its counterterrorism commitments, including a rejection of al-Qaida and other groups.