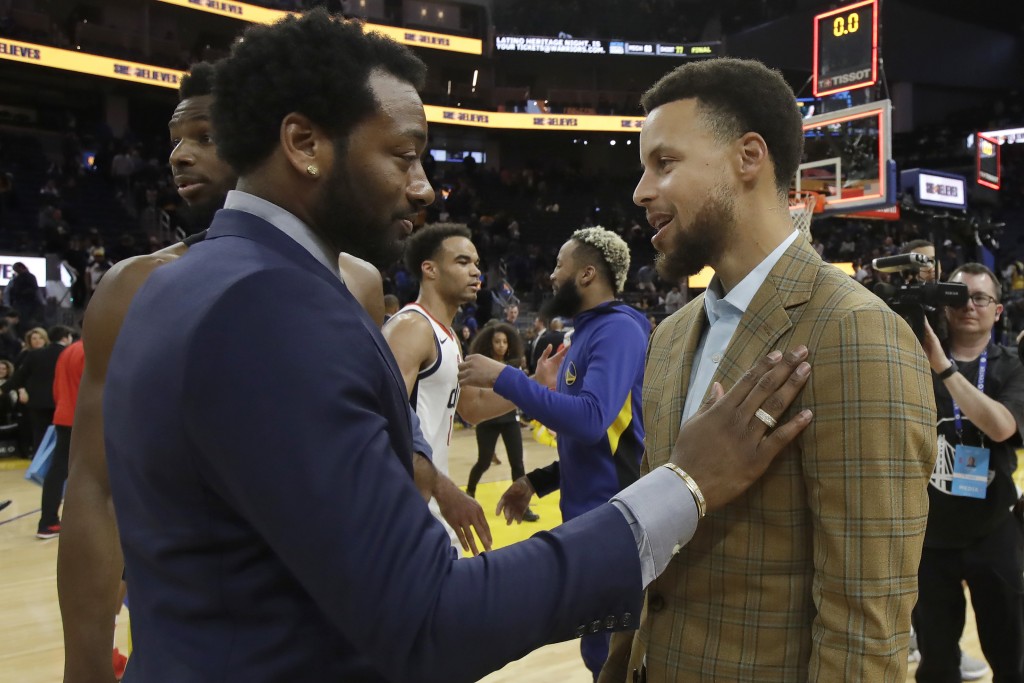 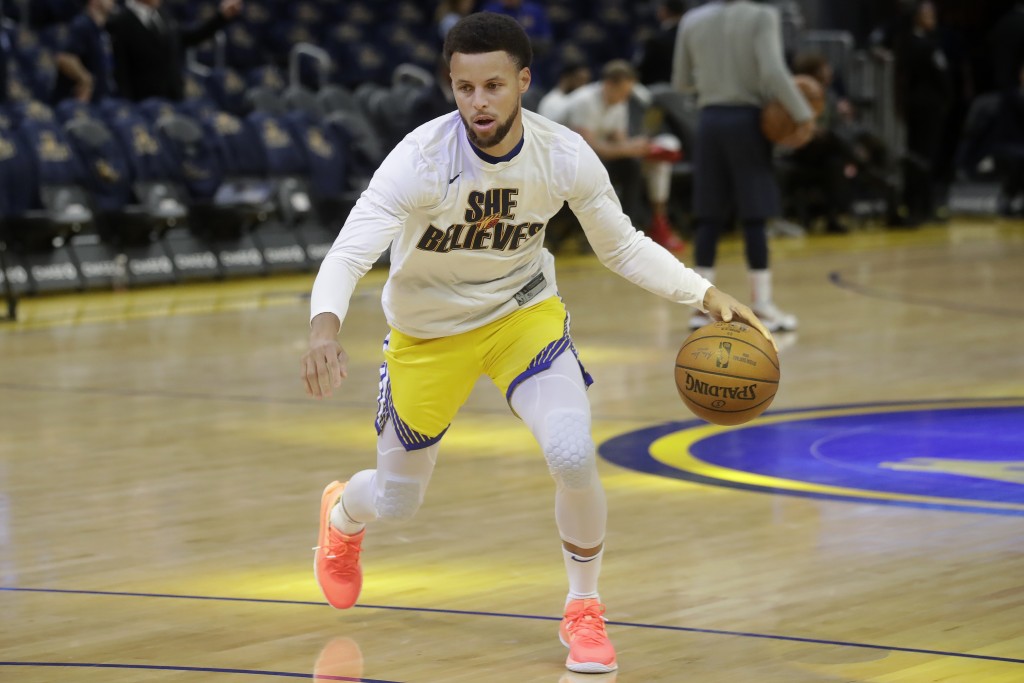 SAN FRANCISCO (AP) — Stephen Curry is scheduled to return from a more than four-month absence with a broken left hand to play for Golden State against the Toronto Raptors on Thursday night.

The Warriors announced Wednesday night that Curry had been medically cleared to play and would be in the lineup Thursday in a rematch of last year's NBA Finals won in six games by Toronto. The two-time NBA MVP missed 58 games after falling on his left hand Oct. 30 versus Phoenix.

He practiced Monday with the G League Santa Cruz Warriors, then was recalled back to the NBA team later in the day in a most expected promotion.

Curry, who turns 32 on March 14, had hoped to return last Sunday against Washington but his timeline wasn't too far delayed. He is averaging 20.3 points, 6.5 assists and 5.0 rebounds over just four games this season. Golden State

Curry's initial game back from injury also will be his first on the court with Andrew Wiggins, who was acquired by the Warriors from Minnesota on Feb. 6 for guard D'Angelo Russell, guard Jacob Evans and forward Omari Spellman.

“I’m very excited. I feel like everybody is," Wiggins said. "He’s the type of player that single handedly he’s going to come and change the way everyone plays for the better. So, I’m excited. He’s a game-changer.”

Wiggins is scoring 20.1 points in his first nine games with the Warriors.

The Warriors have already ruled out Curry's Splash Brother, Klay Thompson, for the entire season as he recovers from surgery last July 2 to repair a torn ACL in his left knee suffered in the decisive Game 6 last June 13.