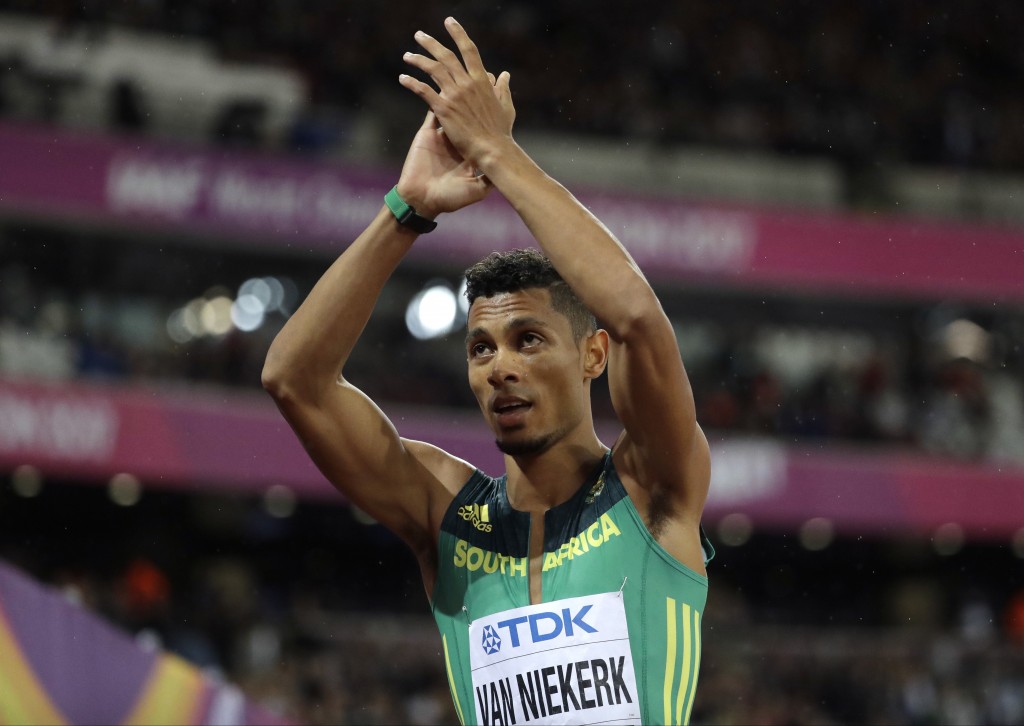 SOMERSET WEST, South Africa (AP) — Olympic champion Wayde van Niekerk is competing again after more than two years out with a career-threatening knee injury and is facing a race against time to be ready to defend his title at the Tokyo Games.

The Olympics are five months away and the world record holder in the 400 meters still hasn't run a major race since the 2017 world championships in London.

Van Niekerk competed at two low-level meets over the last week in Bloemfontein, South Africa, the city where he lives and trains. He came through his three races without any problems, although they were 100- and 200-meter races.

That's still a major boost for the 27-year-old van Niekerk, whose planned return to the track last year was delayed because of setbacks with his recovery.

Van Niekerk ran the 100 meters at an in-house university event last week, and ran the 100 and 200 at another meet in Bloemfontein on Saturday. He posted 10.20 seconds for the first 100 meters last week in a race on a grass strip which was hand timed. He ran 10.10 for the 100 and 20.31 for the 200 on the track at the weekend event, both electronically timed. He won all three races.

“Feels so good to be back on the track and to be competitive again,” van Niekerk said. “I've been off it a while so I'm learning to deal with it all again.

“Thank you to everyone who believed in me and stuck by me. This is only the beginning.”

Van Niekerk tore the anterior cruciate ligament and meniscus in his right knee playing in a charity tag rugby game in his home town of Cape Town in late 2017. He was rushed to the United States for surgery and has been rehabilitating at a sports medicine center in Doha, Qatar.

It was a desperately disappointing blow for an athlete who had been tipped to be the new face of track and field following the retirement of Usain Bolt. Van Niekerk provided one of the standout performances of the 2016 Olympics in Rio de Janeiro when he won gold in the 400 and shattered Michael Johnson's 17-year-old world record with a spectacular run in Lane 8.

He had hoped to make a long-awaited comeback at the London Diamond League meet last July in preparation for the world championships in Doha. He wasn't ready and had to give up on an attempt at a third straight world title in the 400.

Van Niekerk is now aiming to test his knee over 400 meters in preparation for the South African national championships in late April. The South African track and field federation requires athletes to compete at the nationals if they want to go to the Olympics.