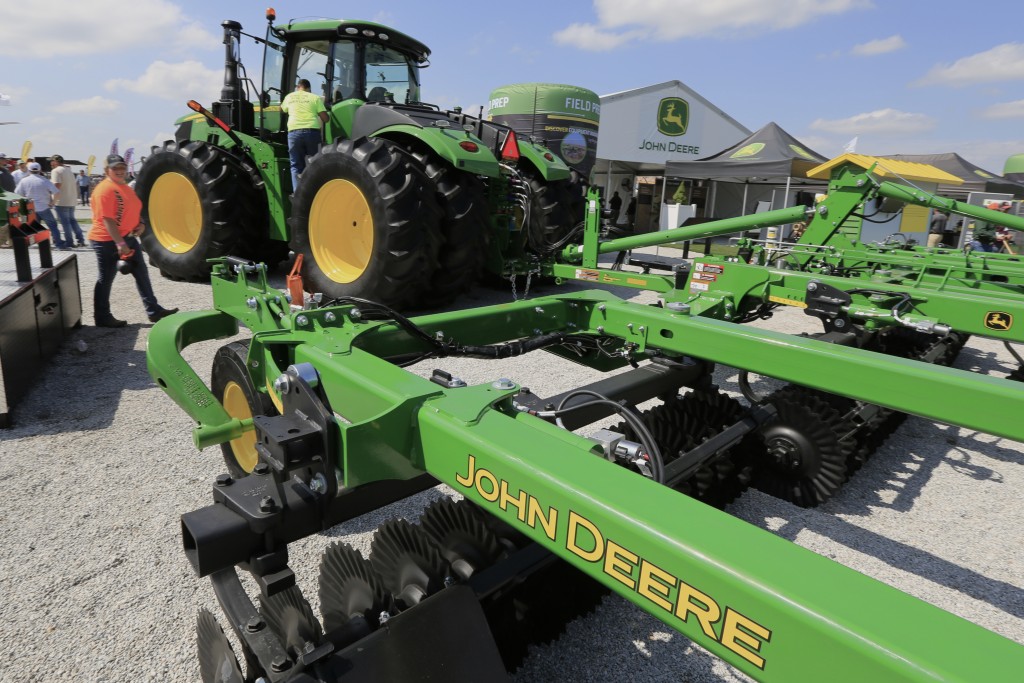 Deere had a surprisingly strong first quarter after an extended period in which it was bruised by the ongoing trade war between the United States and China.

“Farmer confidence, though still subdued, has improved due in part to hopes for a relaxation of trade tensions and higher agricultural exports,” CEO John May said in a prepared statement Friday.

China announced Friday that it suspended more punitive tariffs on imports of U.S. industrial goods in response to a truce in its trade war with Washington. Under their “Phase 1” agreement signed in January, Washington agreed to cancel additional tariff hikes and Beijing committed to buy more American farm exports.

China's retaliatory tariffs have clobbered exports of soybeans and other commodities, hurting farmers, and in turn, farming equipment manufacturers.

The Trump administration has provided $27 billion in aid to farmers to ease the pain of his trade war. And in a tweet Friday, he promised to expand the bailout if farmers need it as they await the economic benefits of his recent trade deals with Mexico, Canada and China. He said the aid would be financed by revenue from his tariffs on foreign goods — taxes that are paid by American importers.

For the three months ended Feb. 2, Deere & Co. earned $517 million, or $1.63 per share. The per-share earnings easily beat the $1.28 that industry analysts had expected, according to a survey by Zacks Investment Research, and it topped last year's quarterly profit of $498 million, or $1.54 per share.

The quarterly performance is in contrast to a year ago, when Deere cautioned on anxious farmers and rising costs.

Looking ahead, the companystill foresees fiscal 2020 earnings of $2.7 billion to $3.1 billion,unchanged from its previous guidance.

Shares of Deere & Co. jumped more than 6% at the opening bell.

Portions of this story were generated by Automated Insights (http://automatedinsights.com/ap) using data from Zacks Investment Research. Access a Zacks stock report on DE at https://www.zacks.com/ap/DE