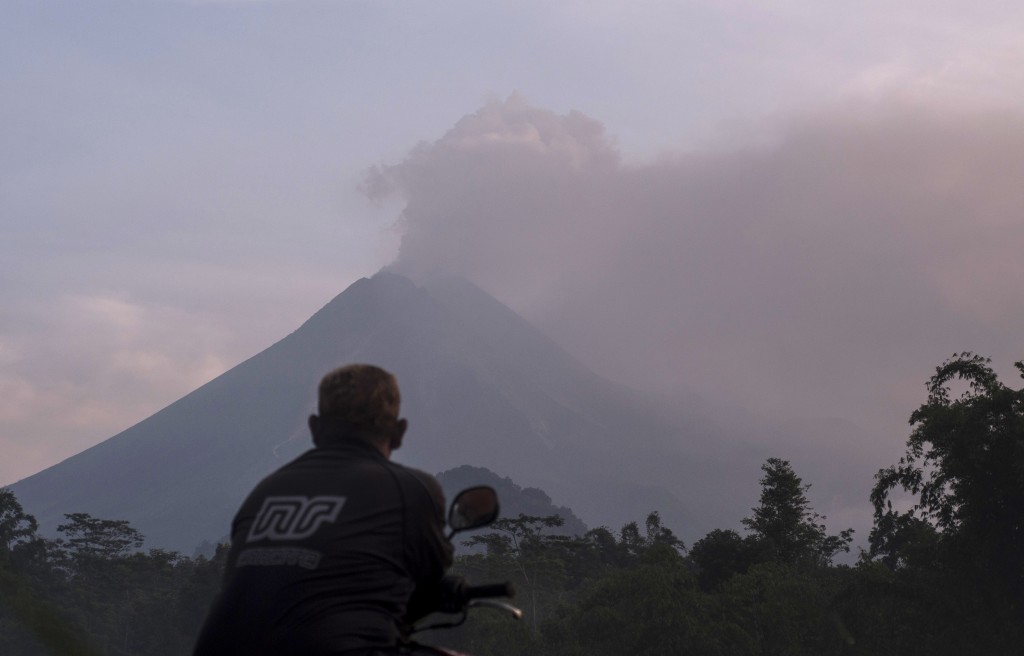 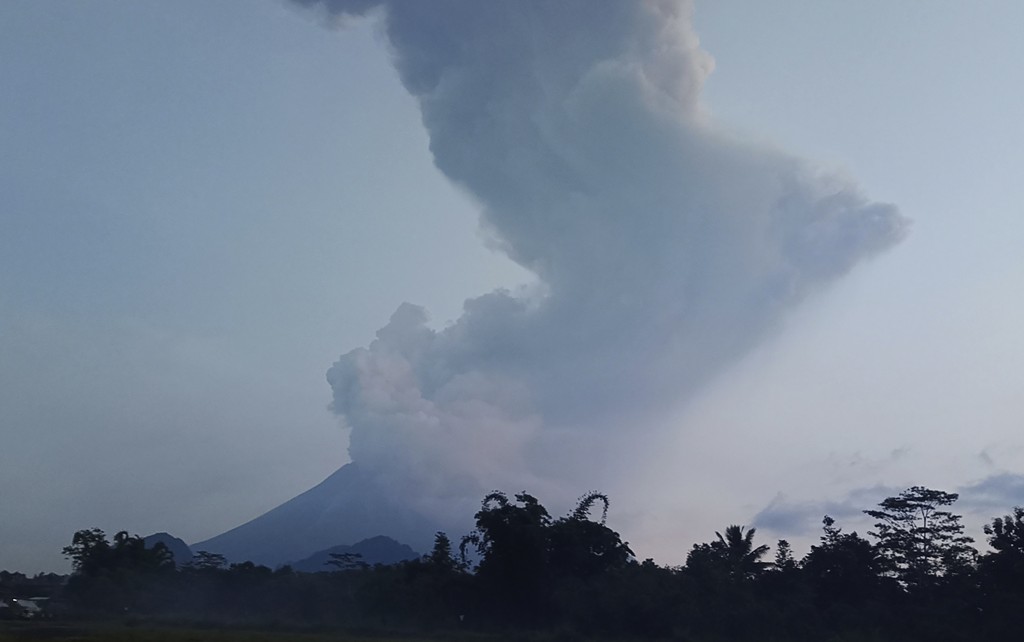 YOGYAKARTA, Indonesia (AP) — Indonesia’s most active volcano erupted Tuesday, spewing sand and pyroclastic material and sending a massive column of smoke and ash as high as 6,000 meters (19,680 feet) into the sky.

The eruption of Mount Merapi on the main island of Java unleashed searing gas clouds 2 kilometers (1.2 miles) down its slopes, Indonesia's Geology and Volcanology Research Agency said on its website.

It said villagers living on Merapi's fertile slopes are advised to stay 3 kilometers (1.8 miles) from the crater's mouth.

Ash from the eruption made rain thick and muddy in several villages. Witnesses said the sound was heard 30 kilometers (18 miles) away.

The agency did not raise the alert status of Merapi, which already was at the third-highest level due to its ongoing activity.

The 2,968-meter (9,737-foot) mountain is the most active of 500 Indonesian volcanoes. It has rumbled and generated dark hot clouds since last year. Its last major eruption in 2010 killed 353 people.

Indonesia, an archipelago of 240 million people, is prone to earthquakes and volcanic activity because it sits along the Pacific "Ring of Fire," a horseshoe-shaped series of fault lines around the ocean.