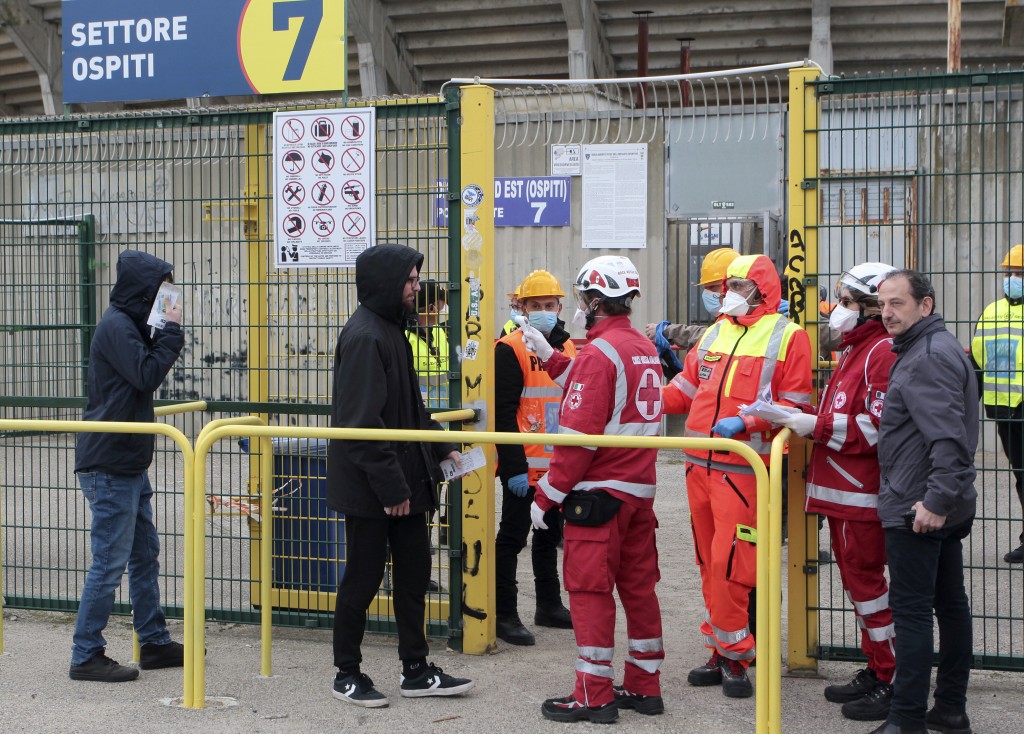 AMSTERDAM (AP) — With a European Championship being staged across the continent in three months, UEFA is trying to dampen any panic about the impact of the fast-spreading virus even as uncertainty persists.

Just a couple of minutes were spent in a meeting of European soccer's top executives on Monday discussing the impact of the COVID-19 disease on the 24-team tournament.

“The UEFA president (Aleksander Čeferin) immediately set the tone that the panic around all this may be worse than the virus itself,” Alexei Sorokin, a Russian member of the UEFA executive committee, said after a meeting in Amsterdam.

Unlike the usual format of one or two hosts for the Euros, games in this edition of the quadrennial event are taking place in 12 stadiums in 12 countries. The logistical problems already anticipated of moving thousands of fans around the continent are now potentially accompanied by health risks.

The domestic league in Switzerland has been put on hold on government orders with games called off on Monday through March 24. UEFA is aware of the potential risk as hundreds of staff, who are based at its headquarters in Nyon, often travel across Europe and are key to the operations of matches and tournaments.

UEFA will be keen to ensure there is no impact on the Euros, which is worth around $2 billion in revenue.

“There wasn’t much discussion about it because there is not much we can do about it," Phil Townsend, UEFA's managing director of communications, said after the executive committee meeting. “We’re in the hands of the authorities. We're in constant contact with the World Health Organization and the authorities dealing with the matches that are being staged, and then we’ll deal with that when the situation arises.”

The stadium that will be used most at Euro 2020 is Wembley, with seven games including the semifinals and the final. No games in England have been affected yet by the virus.

English football has been assessing the practicalities and financial impact for clubs if the government orders games in the Premier League and lower divisions to be played without fans, a person with knowledge of the planning said. The person spoke on condition of anonymity to discuss private talks.

The need to potentially provide financial assistance has also been explored if clubs are left without ticket revenue, the person said.

“At the minute nobody is working on anything other than the Euros going ahead," English Football Association chairman Greg Clarke said. "I expect them to go ahead but if the facts change, government policy could change, then we'll see.”

Four games are in St. Petersburg, including a quarterfinal.

“We don’t sense any panic,” Sorokin said. "None whatsoever.”