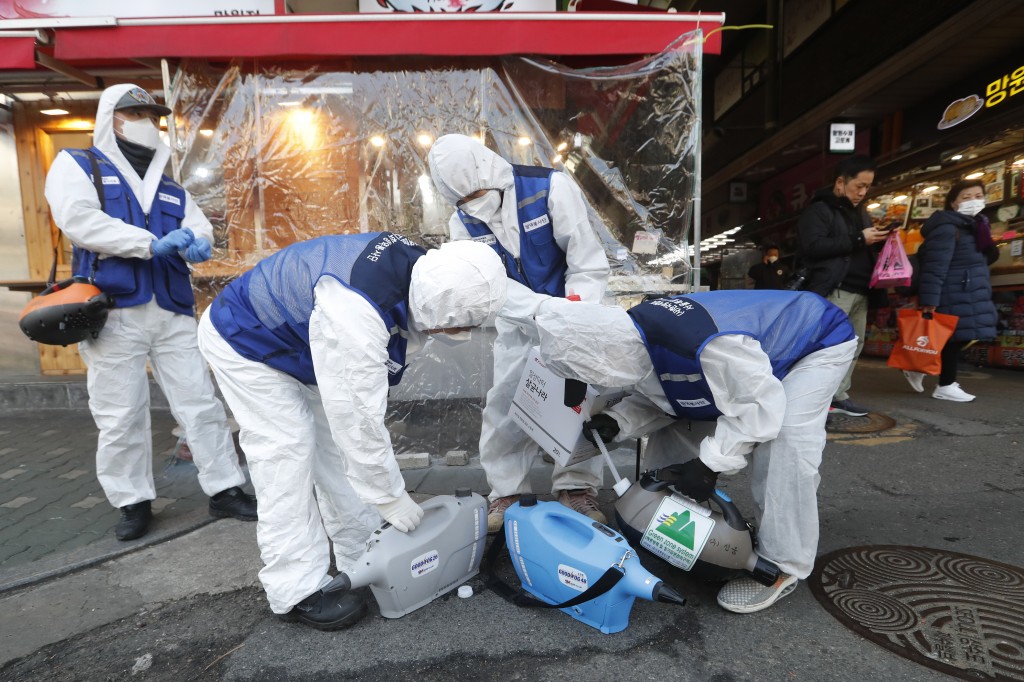 The K League made the announcement after an emergency meeting in Seoul on Monday as the country grapples with the viral outbreak that began in China and has infected more than 79,000 people globally. The number of reported cases in South Korea reached 833 on Monday, including seven deaths. Mainland China has reported 2,592 deaths among 77,150 cases.

While the majority of infections in South Korea have been recorded in the southeastern city of Daegu, there are concerns the virus could spread nationwide.

On Friday, the K League postponed the opening games of the season for Daegu FC and nearby Pohang Steelers, scheduled to be held this Saturday, but now all games will be suspended until further notice.

“We have prepared for the season well but the virus is not something to be taken lightly,” Gangwon FC coach Kim Byung-soo said. “We are worried about it spreading around the country and this is more important than preparing for the season and the right decision has been taken. Players and coaching staff all have to be careful.”

The organization also decided that the Asian Champions League games set to be hosted by South Korean clubs in March will go ahead, but in empty stadiums.

The group stage of the continental tournament has already been disrupted by the viral outbreak, with games involving three of the four Chinese clubs involved in the tournament postponed until late April and early May.

The Chinese Super League was scheduled to kick off last weekend but has been delayed. The Chinese Football Association also announced last week that two 2022 World Cup qualifiers scheduled to take place in late March, against Guam and the Maldives, will be played in Thailand.