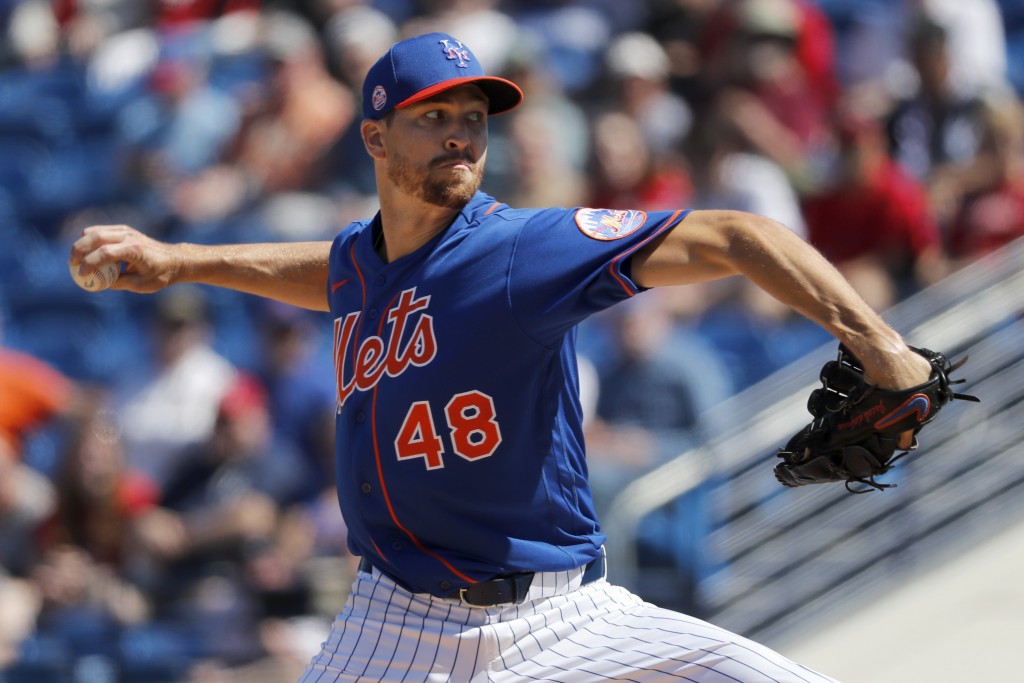 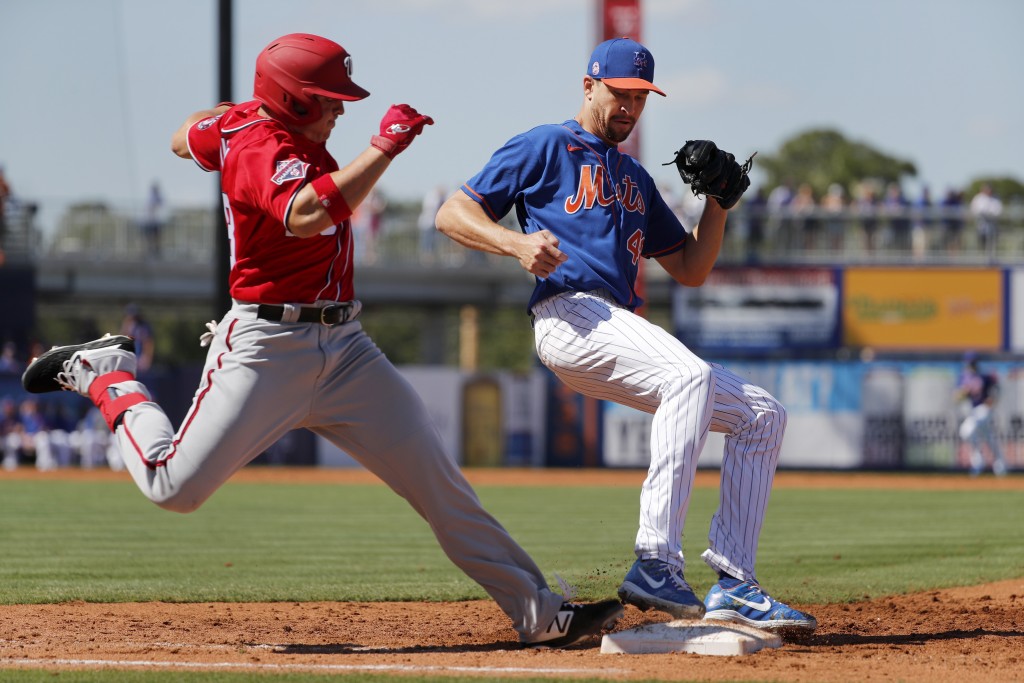 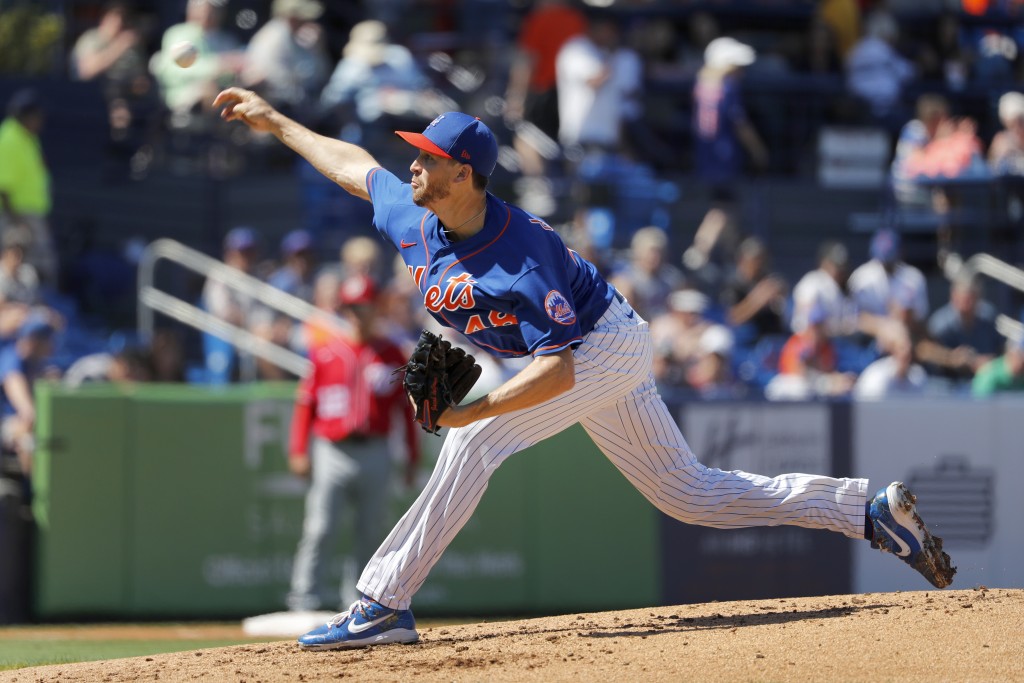 The two-time reigning NL Cy Young winner got the best of both.

“Any time I take the mound, I’m nervous,” deGrom said after throwing three scoreless innings in a 3-1 win Sunday.

“It felt good to get out there in a real game feel, people in the stands, another team. (The jitters) go away when I start warming up."

DeGrom cruised on just 33 pitches, striking out two and allowing one hit against the defending World Series champs. The 31-year-old showed no signs of rust against his familiar NL East foe, looking just as sharp as when he became the 11th pitcher to win consecutive Cy Young Awards — despite the Mets going 28-36 in his starts since beginning the 2018 season.

He breezed through an easy first against regulars Trea Turner, Ryan Zimmerman and Starlin Castro, getting three outs on seven pitchers — all strikes.

The right-hander zipped in 28 strikes, including the first 13 pitches, and reached 98 mph. Washington's only hit against deGrom was a single by Andrew Stevenson in the second, and he was thrown out trying to steal second by catcher Wilson Ramos, allowing deGrom to face the minumum.

“I felt pretty good, especially with my fastball command,” deGrom said. “The offspeed’s close, not right where I want it, and I was talking to Buffalo (Ramos) in between innings and said, ‘Hey, the strike one offspeed’s been fine, but the two-strike one didn’t really get where I wanted it to.’ I think that’s what I’ll continue working on for the rest of this spring.”

DeGrom also said he felt a bit uncomfortable out of the stretch.

“Working on varying times, picking, trying to keep the baserunners where they’re at,” deGrom said.

Mets reliever Seth Lugo threw live batting practice Sunday against rehabbing outfielder Yoenis Cespedes, who is returning from surgery on both heels and a fractured ankle.

Lugo, sidelined with a broken toe after stubbing it in his hotel room, has made steady progress and said game action is next, adding that he noticed no difference with his delivery after the injury.

“I felt real good, the ball’s coming out well. I threw a lot of strikes,” Lugo said. “That’s exactly what I was looking for in a live BP. (The curveball) was very good. I casted one that kind of got near Cespy’s face, but the rest of them were pretty good.”

Cespedes homered off Lugo, once aided by a steady wind.

“The first (homer) was a good swing, but I wouldn’t pitch him like that in a real game. I knew what I was getting into before I stepped out there,” the 30-year-old Lugo said.

NOTES: Mets OF Michael Conforto, who turned 27 on Sunday, clubbed his first homer off RHP David Hernandez, and Mets RHP Edwin Diaz rebounded with a scoreless inning after allowing three hits and two runs in his first appearance Wednesday. ... In Jupiter against Miami, another New York split-squad fell to Miami 7-1. RHP Michael Wacha, vying for a spot in the Mets’ starting rotation, tossed three scoreless frames. ... The Clover Park crowd roared when OF Tim Tebow looped a single to center in the bottom of the fifth. The 2007 Heisman Trophy winner is 2 for 10 with a homer this spring.