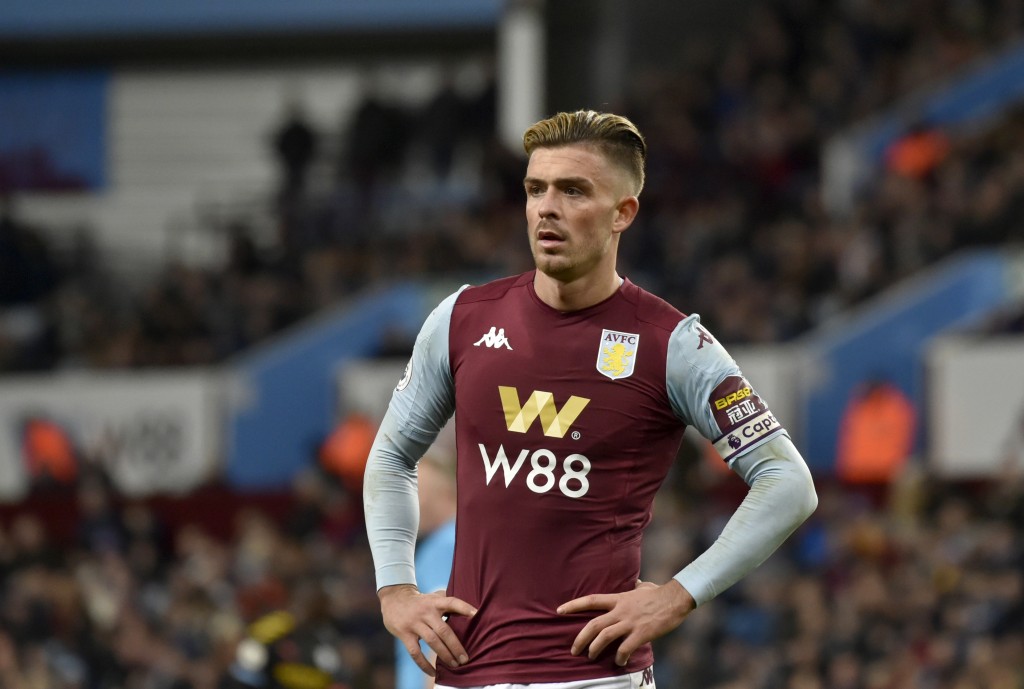 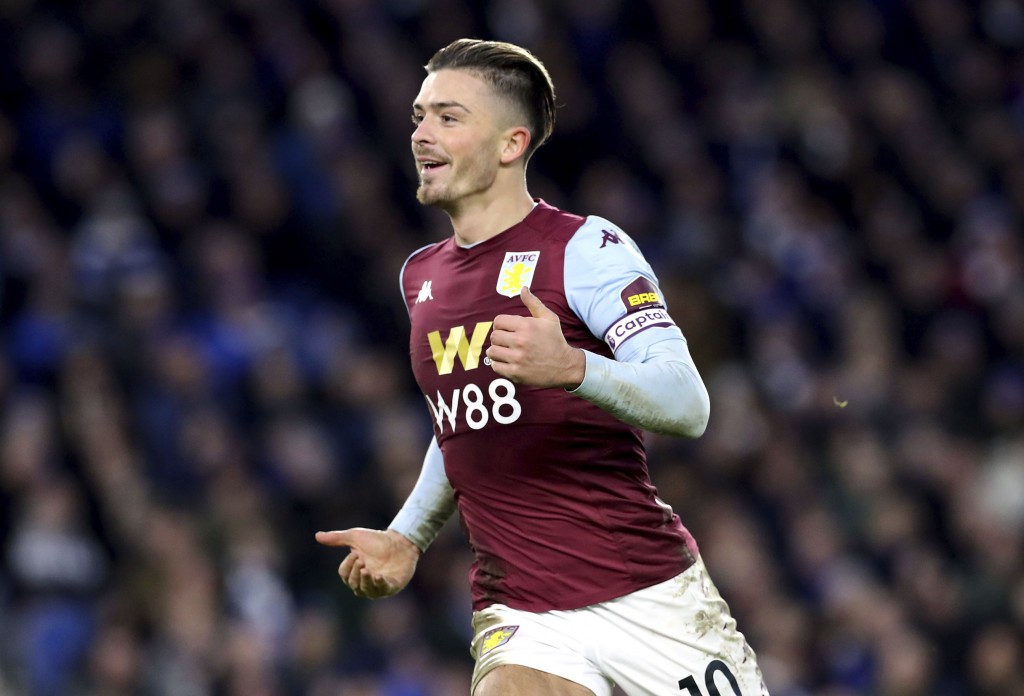 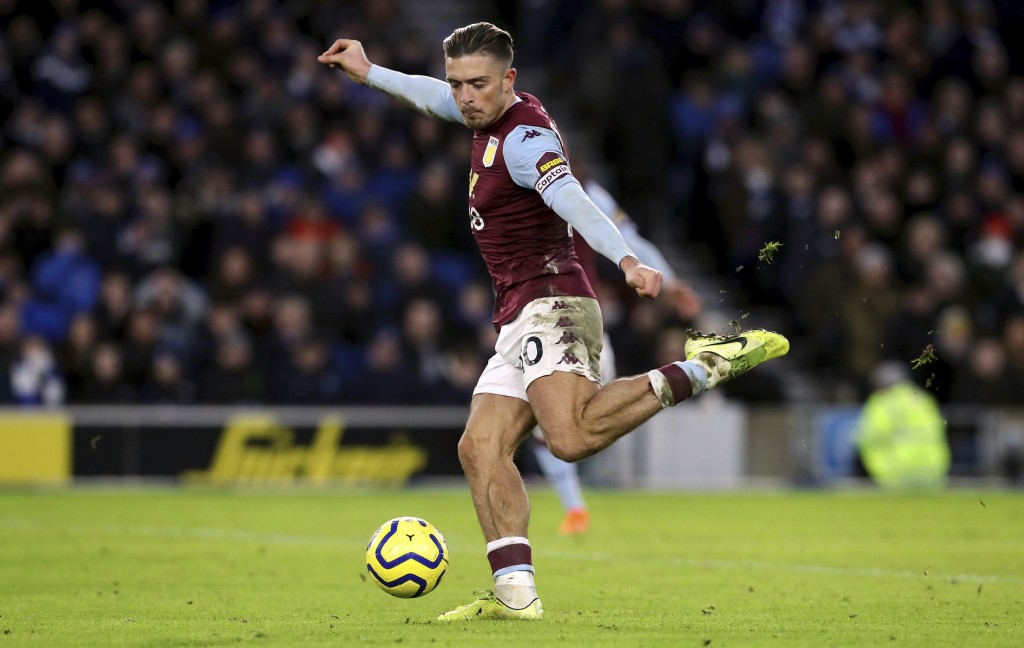 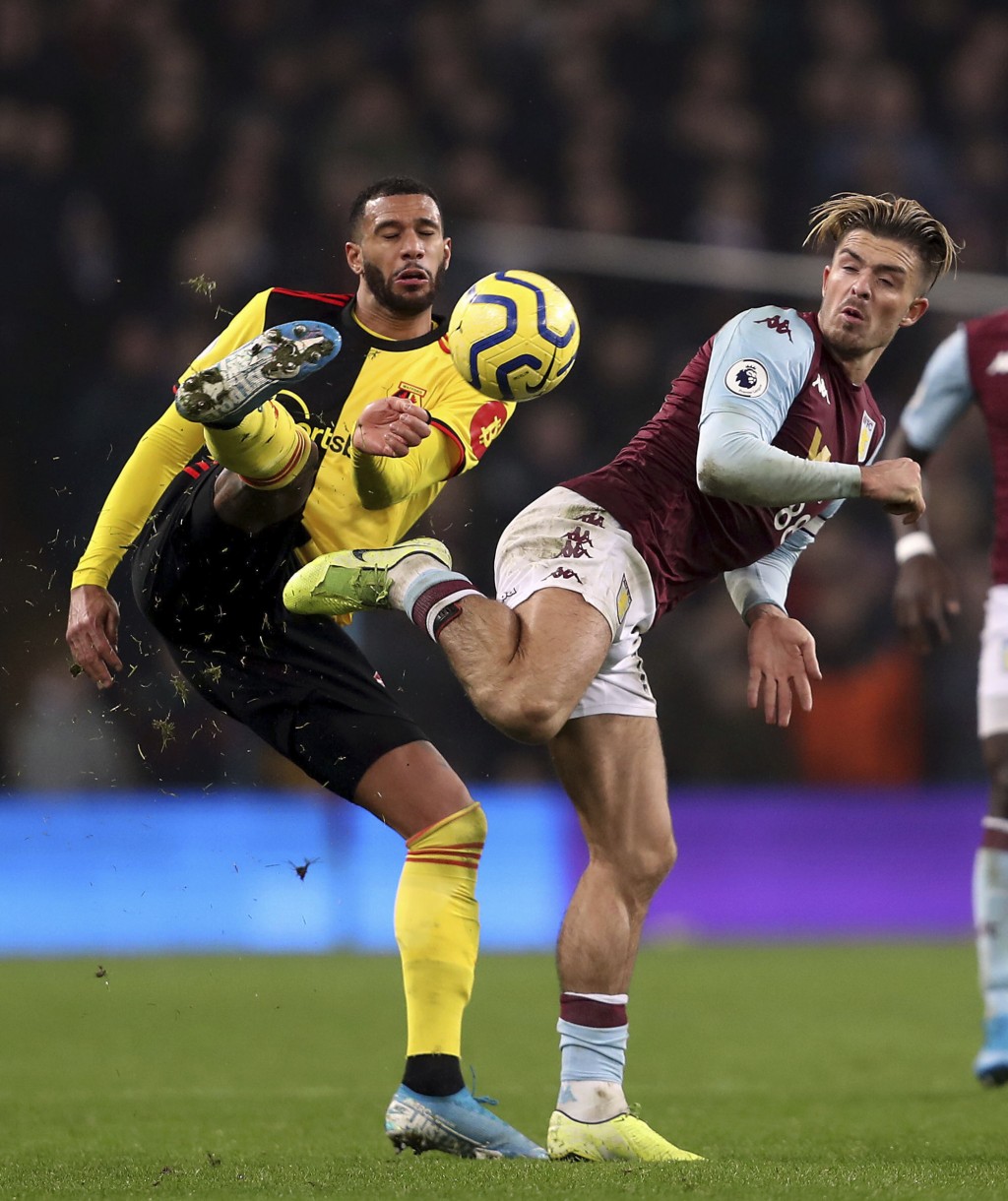 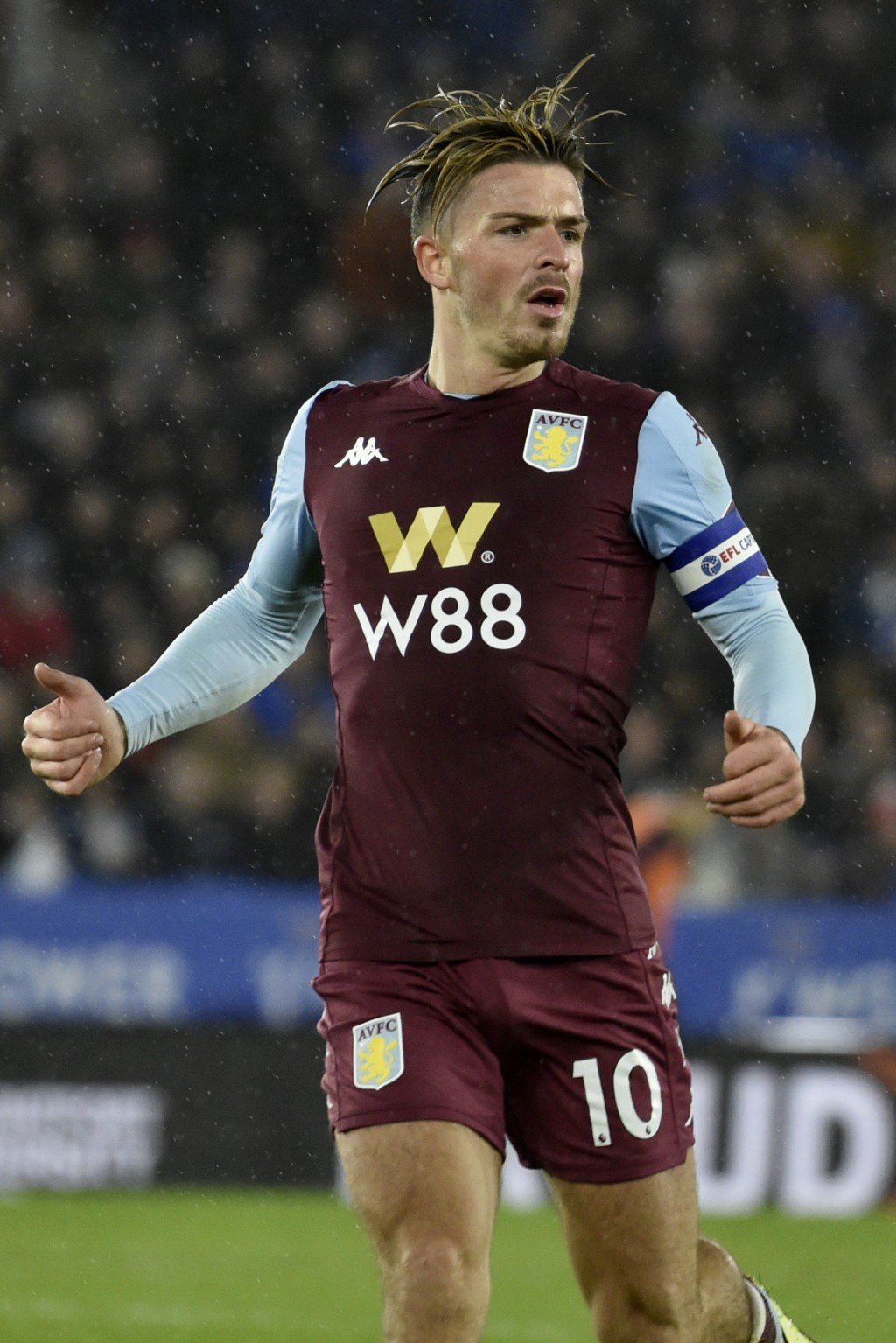 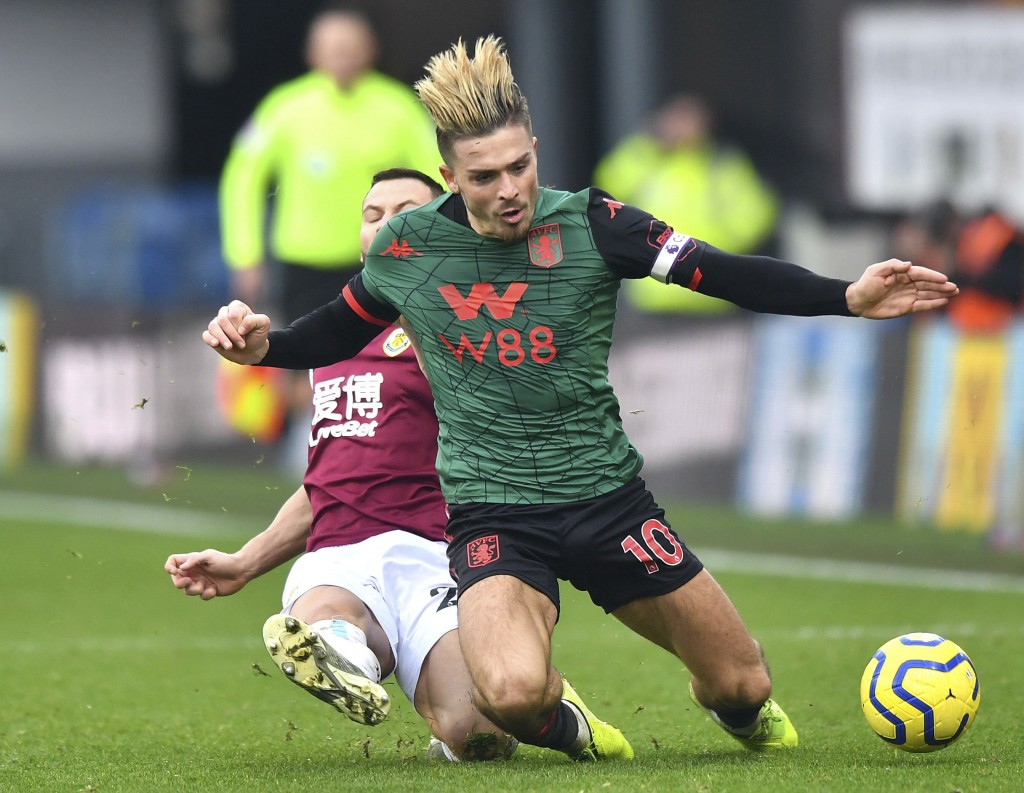 Prince William leaned back, looked up and squirmed a little in his seat.

Aston Villa’s most famous supporter had just been asked who was his favorite player in the current team, and he really didn’t want to give the boring answer.

“I don’t want to say Jack. Everyone says Jack,” he said. “Even though he is amazing. I love Jack.”

The prince ended up selecting Villa’s stylish center back, Tyrone Mings, but his initial reaction pretty much said it all.

Without Jack Grealish, Villa likely wouldn’t still be clinging to the hope of avoiding relegation from the Premier League.

And without Grealish, the team probably wouldn't be lining up at Wembley Stadium on Sunday in the English League Cup final against Manchester City.

Easily recognizable with his swept-back highlighted hair, bulging calf muscles and socks that always seem too small for him, Grealish is the captain and beating heart of a Villa team that has little else to boast about — Mings apart, maybe.

Grealish is outrageously talented, his technical ability, touch and composure making him stand out as arguably the best player outside England’s so-called big six of Liverpool, City, Manchester United, Chelsea, Tottenham and Arsenal.

Often regarded as a flashy player who, at least early in his career, enjoyed himself a little too much off the field, the playmaker has gained some credit from outside his boyhood club for staying with Villa when the team was relegated in 2016 and being a key part in helping it get promoted to the top flight last season.

One incident, from last March, stands out, highlighting Grealish’s improved professionalism and maturity. In Villa’s derby match against rival Birmingham, an opposition fan ran onto the field and punched Grealish in the back of the head.

Grealish fell to the turf, before reacting in the best way possible.

“I was thinking, ‘Please, you’ve got to score the winner now,’” he recalled months later.

He has continued to excel for Villa this season, so much so that many commentators are saying he should be a shoo-in not just for the England squad for the European Championship, but the starting team. Seven goals and seven assists in the league belies his overall contribution to the team.

There’s no escaping the current reality at Villa: Shut down Grealish and, essentially, you shut down an otherwise limited team.

And that isn’t lost on City manager Pep Guardiola, either.

“They have one of the best players in the league in Jack Grealish,” Guardiola said after City reached the final. “I’m a big fan of him.”

City is one of the few top English clubs who haven’t been linked with a move for Grealish in the upcoming offseason, by which time Villa might not be in the Premier League anymore.

Some speculation is sticking more than others, with Man United and Tottenham reportedly his biggest suitors.

What better parting gift, if Grealish is to leave in a few months, than to lead Villa to a first major trophy since 1996 — a long wait for a club that was once the European champion (in 1982) and until 2016 was an ever-present in the Premier League since the division’s inaugural season in 1992. Only Everton has spent longer in the top tier of English soccer than Villa’s 105 years.

“We have a good team, a good squad, a good dressing room," Grealish said, speaking ahead of the final, where Villa is the 20-1 underdog with some British bookmakers. "From the manager down to the players and the staff, there’s a team spirit, and it can only help on days like these.

“Our WhatsApp group, ‘Ty’s Mortgages’, is still going strong. Everyone knows about Tyrone Mings' past (as a mortgage advisor) and he’s spoken about it a fair bit. It’s just a bit of banter between the lads, really. Little things like that help the team spirit.”

Team spirit, plus a dash of brilliance from Grealish, helped Villa upset Leicester over two matches in the semifinals last month, but City will be a much greater test.

Last May, City tied the record for the biggest margin of victory in an FA Cup title match, thrashing Watford 6-0 to complete an unprecedented clean sweep of domestic trophies on an occasion some used as the prime example as what is currently wrong with English soccer.

Nine months later, the Abu Dhabi-backed winning machine returns to Wembley Stadium — fueled, somewhat, by a sense of grievance at being the subject of a ban from European competition for the next two seasons — and is a big favorite again in the League Cup final against Villa.

The same Villa team that has already been beaten 3-0 and 6-1 by City in the Premier League this season. The same Villa players who were accused by their manager of showing “a lack of fight” in their most recent demoralizing defeat, 2-0 at Southampton last weekend that left them one point above the relegation zone.

Is another Wembley walkover on the cards as City goes for third straight League Cup title under Guardiola? It’s highly likely.

Unless, that is, Grealish has one of his special days.