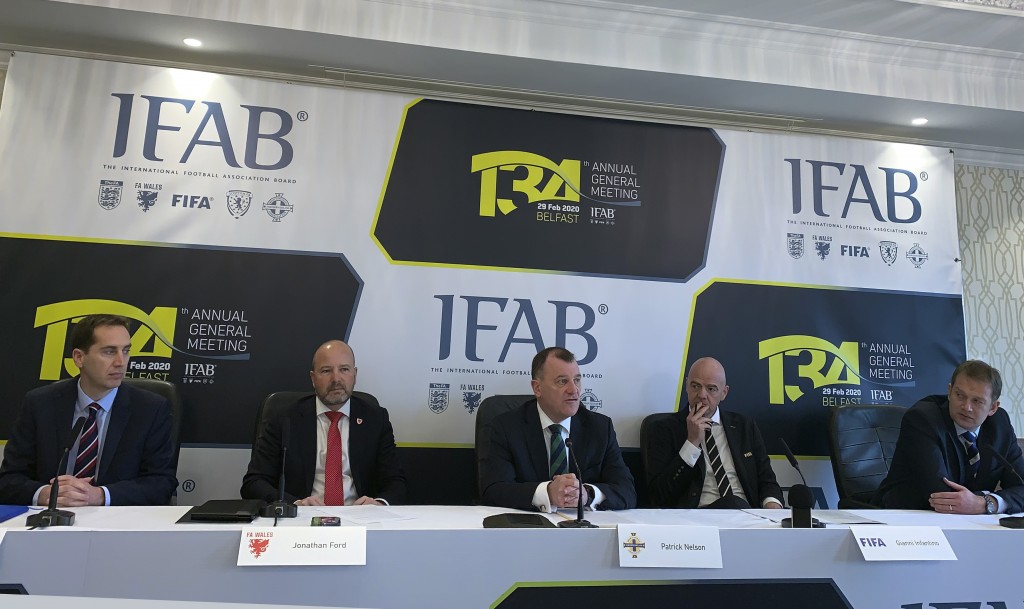 HOLYWOOD, Northern Ireland (AP) — Changes to the offside law are coming to soccer that will aim to give the benefit of the doubt to attacking players when goal decisions are reviewed by video replays.

A law designed to stop goal-hanging will be subject to a global consultation that was approved Saturday by the International Football Association Board with the intention of giving an edge to attackers.

“The offside rule has evolved over time and we felt that now was really the right time to look into that, to see whether we can do something positive for attacking football,” FIFA President Gianni Infantino said. “We can now look to see if we can provide strikers with more scoring opportunities.”

The introduction of video assistant referees has seen the benefit of the doubt being taken away from the attacking players.

“Ideas about how you judge offside, in one sense, won't change because you will always have the question of, ‘Where do you draw the line?'” IFAB technical director David Elleray said. "Football is saying to us that we don't think that your toe being two centimeters in front of the end of a defender is a significant enough advantage to be penalized.

“It is not going to change the accuracy, it is saying, philosophically, how do we want offside? Is it appropriate for us to say, can we change the law to restore more benefit to attacking football?”

Some of the most forensic analysis of video replays has come in England where multiple camera angles allow lines and dots drawn across footage with precision geometry that the offside law was never intended to be subjected to.

It has led to criticism of VAR in the Premier League, which irritates Infantino.

“There is only one league in the world where this seems to be a big problem,” Infantino said.

The annual general meeting of IFAB also agreed to progress with concussion substitute trials. Protocols will be designed to allow them to be tested at the Tokyo Olympics in five months.

IFAB has been assessing studies into the prevalence of former footballers suffering from dementia and how the sport can address concerns about the long-term impact of head injuries.