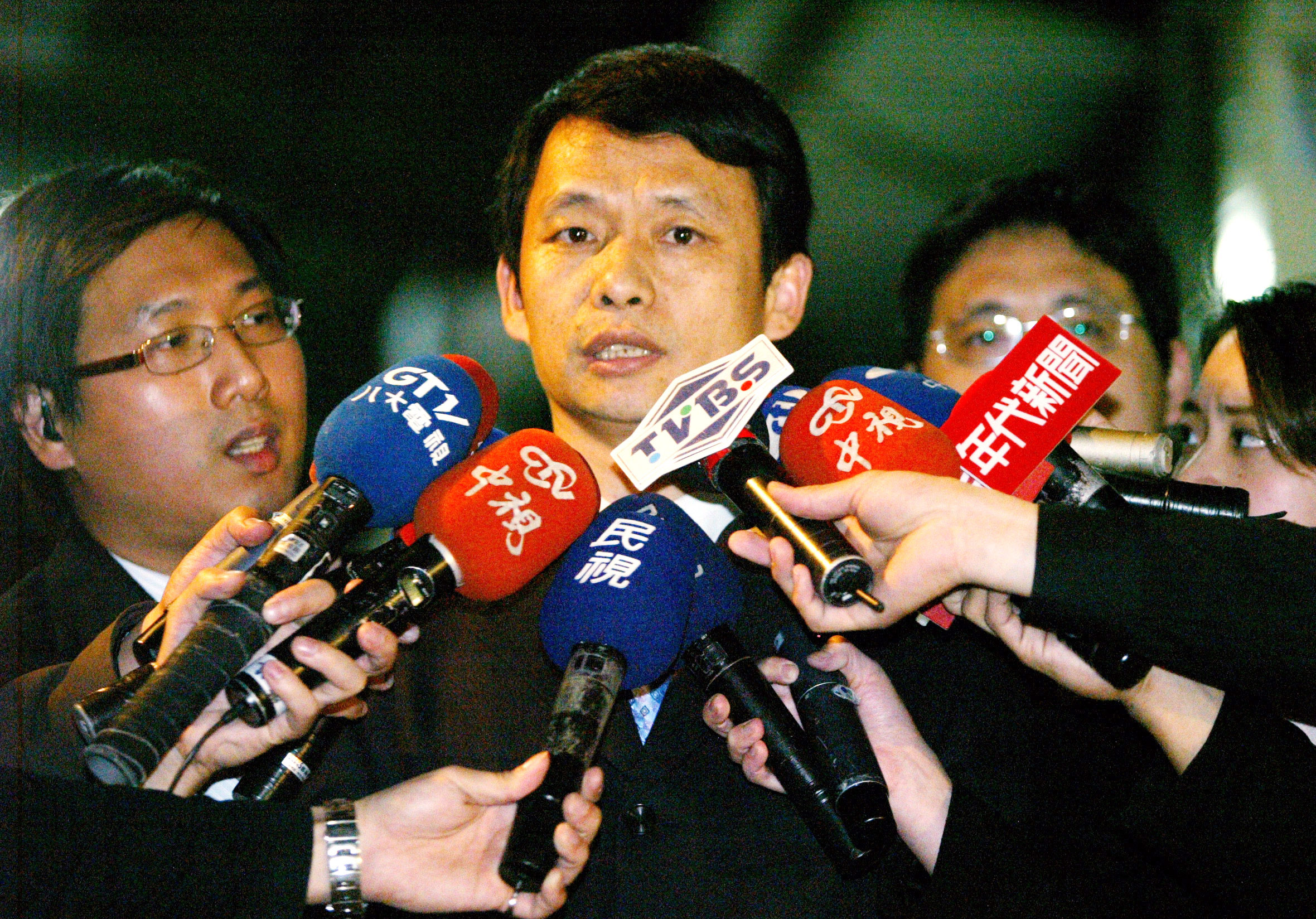 Prosecutors probing alleged misuse of public fund by Kuomintang Chairman Ma Ying-jeou during his stint as Taipei mayor indicted Ma on corruption charge Tuesday afternoon.
Ma, widely considered the frontrunner in the 2008 presidential race, offered to quit the KMT chairmanship after an emergency meeting of the party's Central Standing Committee at 6pm.
Despite the indictment, Ma said he will enter the 2008 presidential race.
The party's charter bars indicted members from seeking its presidential nomination, however.
KMT Chief Vice Chairman Wu Poh-hsiung will temporarily take over Ma's responsibility before the largest opposition party elects a new chairman within three months.
Ma, who administered the capital city between 1998 and 2006, is charged with misusing a special mayoral allowance worth NT$340,000 a month, the indictment said.
Yu Wen, Ma's former aide, was indicted on forgery and corruption charges for providing false spending proof to claim on the mayoral fund for Ma and himself, the indictment added. Five other former city workers were given suspended prosecution for their involvement in the scandal.
Prosecutor Hou Kuan-jen, who was responsible for the probe, said the former mayor considered half the allowance his personal income, at odds with spending rules.
Some 6,500 government officials--from the vice president, premier, ministers, lawmakers, to township chiefs--are granted different amounts of special montly allowance budgeted for their discretionary use.
They can have half the fund wired directly to their bank accounts, or receive it in check or cash.
They need to present receipts or other spending proof to claim on the other half of the fund.
According to the indictment, Ma failed to return to the state treasury surplus fund from the part for which no spending proof is necessary. Rather, he had declared it as personal income.
Hou said he had no choice but to indict Ma though the former mayor appeared to have misused the money unintentionally.
Officials who use up their allowance or receive it in cash do not have to account for how they spend the part of the fund, for which no spending proof is needed.
Aware of the flawed design, Hou suggested the judiciary deal with Ma lightly, branding the indictment a painful decision.
Still, the indictment cast a stigma on Ma's character. The KMT chair, who owes his rise in Taiwan's politics chiefly to his squeaky-clean image, has pressured President Chen Shui-bian to resign after a spate of corruption scandals invovling the first family came to light last year.
It is too early to tell if his indictment will derail the party's endeavor to wrestle power from the ruling Democratic Progressive Party next year.
But the embezzlement charge will definitely give Ma's rivals powerful ammunition to assail him on the campaign trail.