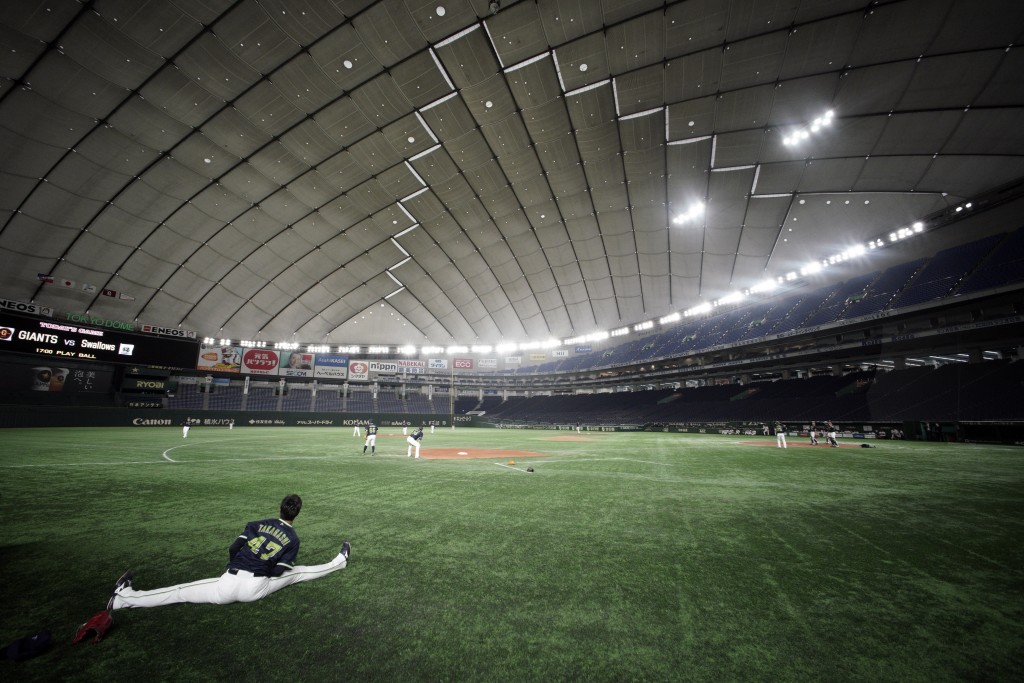 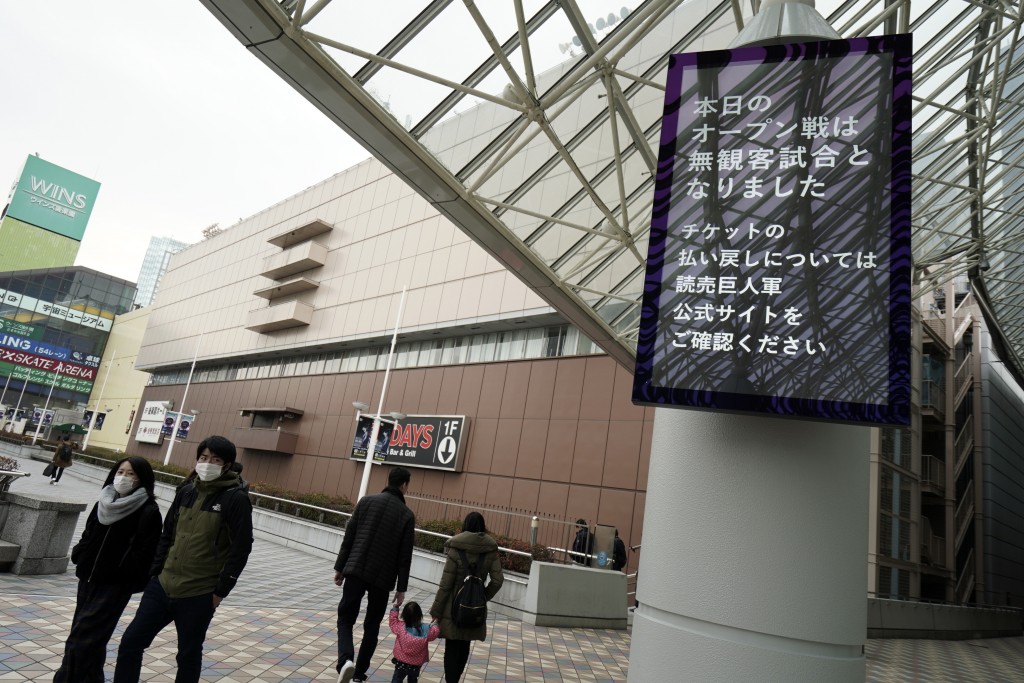 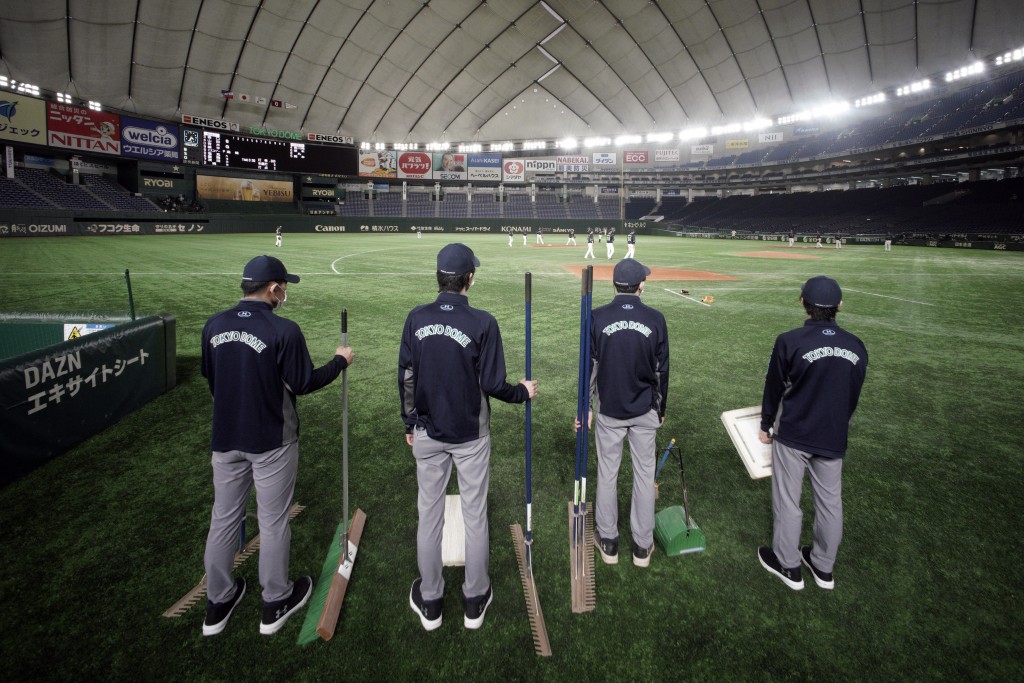 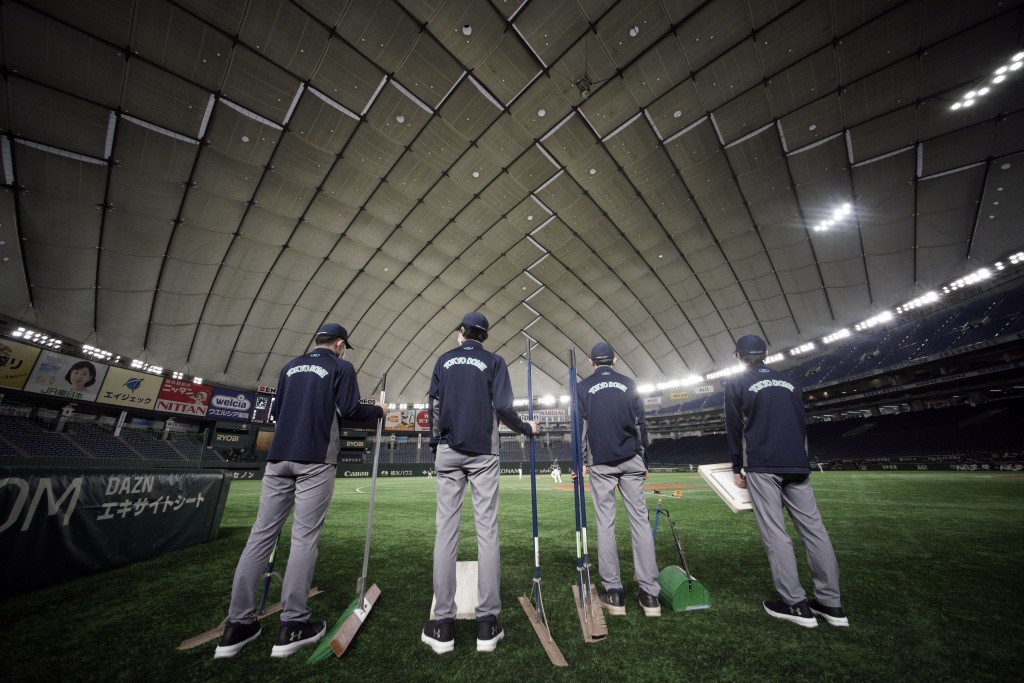 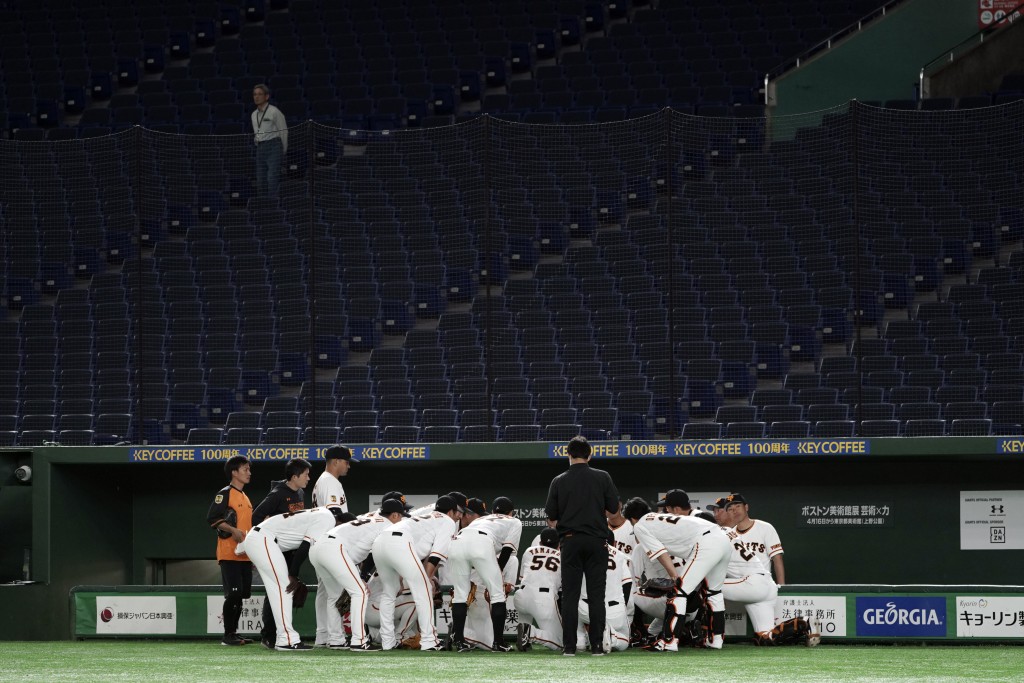 TOKYO (AP) — Japanese sporting events were held without spectators on Saturday in a move aimed at halting the spread of the new coronavirus.

The Chiba Lotte Marines hosted the Rakuten Eagles with no spectators in the stands at Zozo Marine Stadium in Chiba Prefecture on Saturday, one of six preseason baseball games played at empty stadiums.

The Yomiuri Giants, Japan's oldest and most popular team, were to play Saturday night's game against the Yakult Swallows at an empty Tokyo Dome. The Giants regularly draw capacity crowds at the 55,000-seat stadium in central Tokyo.

Signs outside of stadiums from Fukuoka in southwestern Japan to Sapporo on the northern island of Hokkaido were set up to tell fans that Nippon Professional Baseball was holding the games without spectators due to the coronavirus.

Japan has taken extensive measures to curb the spread of the virus with the Tokyo 2020 Olympics set to open on July 24.

On Thursday, Japanese Prime Minister Shinzo Abe asked all elementary, middle and high schools nationwide to close until late March to help control the spread of the virus.

The domestic J-League announced on Tuesday that all 94 soccer matches scheduled to run through March 15 would be postponed.

The Japan Race Association also took the step of holding its horse races without spectators. On Saturday, races in Funabashi, Chiba Prefecture were held at an empty race course.

On Sunday, officials of the Japan Sumo Association will meet to discuss whether to hold the March 8-22 spring tournament in Osaka with or without spectators.

Sunday's Tokyo Marathon, one of the world's largest races with an estimated 38,000 runners, has been restricted to elite runners due to the outbreak.

Tokyo organizers and the IOC have repeatedly said the Tokyo Games will go ahead as scheduled and that they are following the advice of the World Health Organization.

The Olympics are set to gather 11,000 athletes to Tokyo, followed by the Paralympics beginning Aug. 25 with 4,000 athletes.