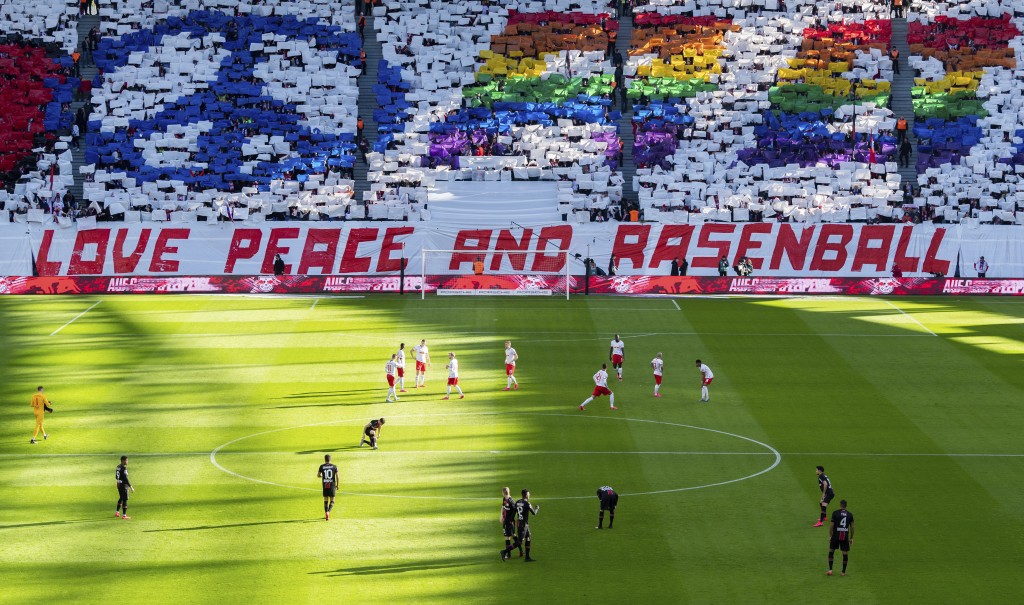 LEIPZIG, Germany (AP) — German soccer club Leipzig apologized Monday to a group of fans from Japan for what it called a mistake "on our part” apparently related to the worldwide virus outbreak.

The Japanese fans were at Leipzig's game against Bayer Leverkusen on Sunday when they spoke with stadium security staff. German news agency dpa, citing social media posts, reported they said they were asked to leave the stadium.

Leipzig said Monday that security at the Red Bull Arena “had been instructed to intensify checks regarding the admission of certain groups due to potential risk," without saying how that perceived risk was calculated.

“Unfortunately, amidst the great uncertainty around this topic, by which we are currently also affected, a mistake was made on our part with respect to our Japanese guests,” the club said.

Leipzig said it is trying to contact the Japanese fans to offer them tickets to another home game. The club didn't immediately respond to a request from The Associated Press to clarify how many people were affected or whether security staff have been given new orders.

At the same game, many Leipzig fans took part in a display promoting tolerance with a peace symbol and the club's initials rendered in rainbow lettering. One Leipzig fan group said in a statement Monday that it believed the treatment of the Japanese fans to be a racist incident.

Leipzig is second in the Bundesliga following the 1-1 draw with Leverkusen.