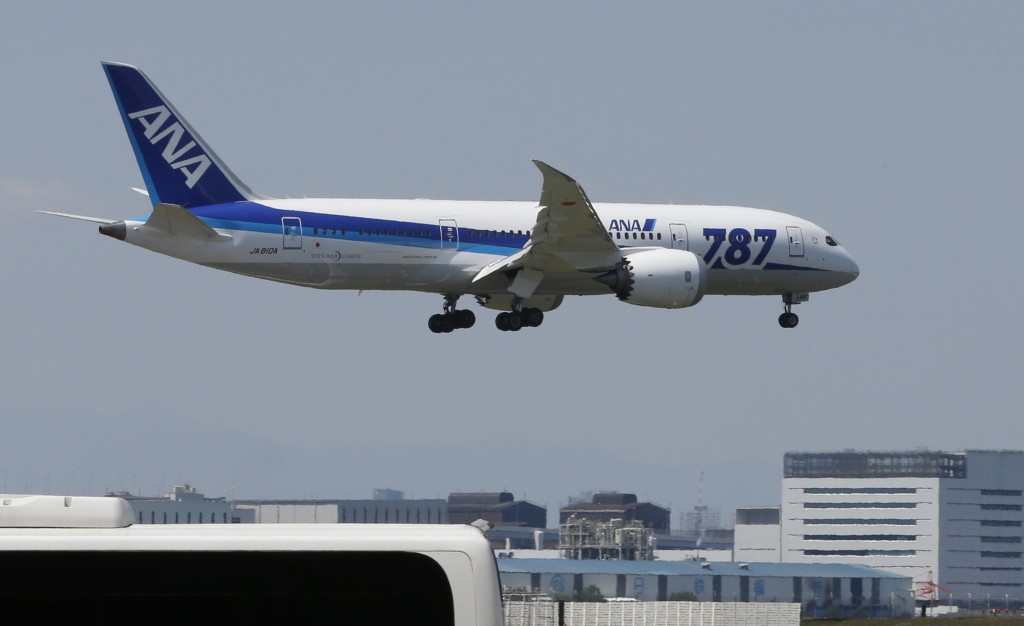 The latest order will consist of 11 787-10 aircraft, set to go into service for Japan routes sometime between 2022 and 2024, ANA Holdings Inc. said Tuesday.

That jet seats more than 330 passengers.

A price for the deal was not given.

“Boeing's 787s have served ANA with distinction, and we are proud to expand our fleet by adding more of these technologically advanced aircraft,” ANA Executive Vice President Yutaka Ito said.

Seventy-one of the aircraft is already in service with the airline, said ANA, or All Nippon Airways.

The ordered planes will use engines made by GE Aviation, it said.

They will replace the Boeing 777 series now in operation, a move that will reduce noise and emissions, it said.

The announcement comes at a time when ANA has been slashing flights to China and back because of travel restrictions and consumer worries over the new virus that started spreading from China late last year, causing COVID-19 illnesses.

ANA has long been one of the world's main customers for Boeing products. It was the first carrier in Japan to fly Boeing 787-10 on domestic routes.