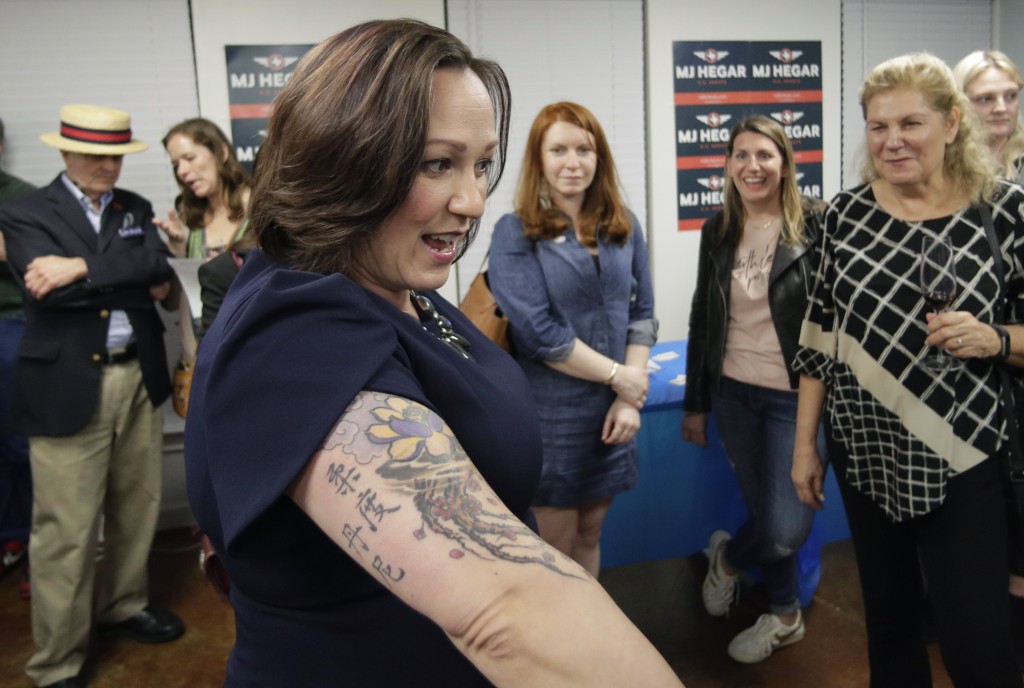 Cornyn, who was renominated for a fourth term, is seen as a heavy favorite in November in a state where a Democrat hasn't won a Senate seat since the 1970s. This year's race hasn't mustered the same energy or attention as Democrat Beto O'Rourke's barnstorming run in 2018 against GOP Sen. Ted Cruz that became a launchpad the former congressman's short-lived White House run.

Hegar's challengers included Cristina Tzintzun Ramirez, a liberal political organizer who received financial backing from progressive groups and the endorsement of progressive luminaries such as like Rep. Alexandria Ocasio-Cortez, D-N.Y. Also in the Democratic primary was Royce West, a long-serving state senator.

Cornyn was once the second-ranking Senate Republican and has never faced a serious reelection challenge since joining the Senate in 2002. He is regarded as less polarizing than Cruz, who nearly lost to O'Rourke two years ago in a surprisingly close challenge that reinvigorated Democrats about their long-dismal prospects in Texas.

O'Rourke raised a record $80 million and energized Democrats nationally in a campaign that hit all 254 Texas counties and was relentlessly livestreamed.

But this year's contest has been far quieter. The race drew a dozen Democratic challengers, and most of the field has struggled to gain traction or even name recognition with voters.

Hegar, a Purple Heart recipient who was injured in Afghanistan, entered the race with the highest profile after a failed U.S. House run in 2018 that drew national attention over a series of viral television ads. They highlighted her three tours in Afghanistan and her surviving a helicopter downing by the Taliban

She won the backing of Senate Democrats' campaign organization and raised $4 million, more than any of her rivals.