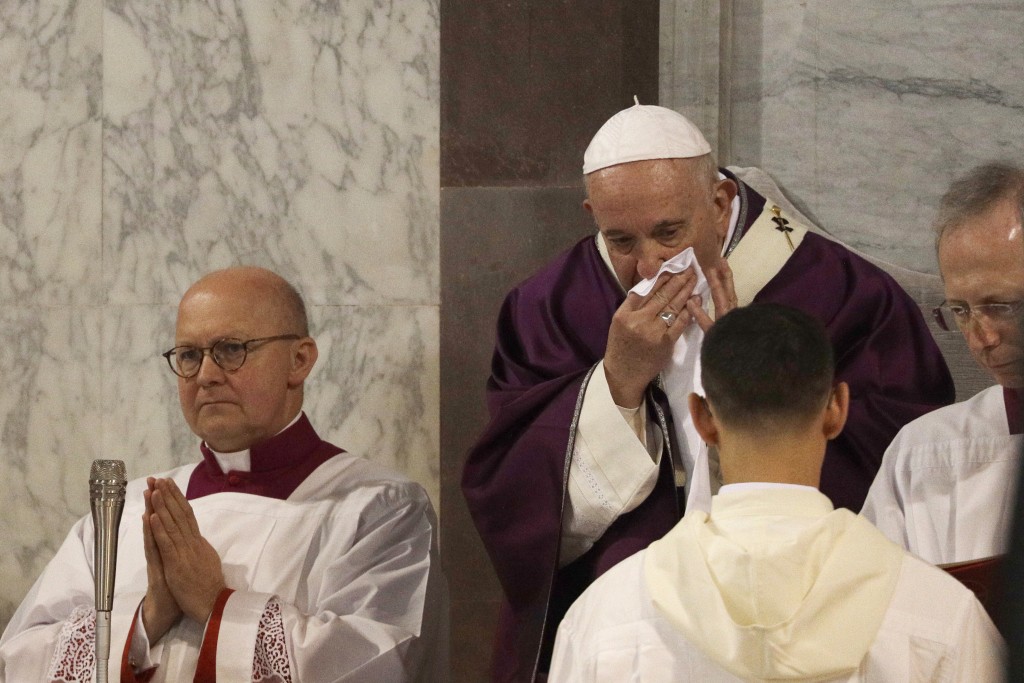 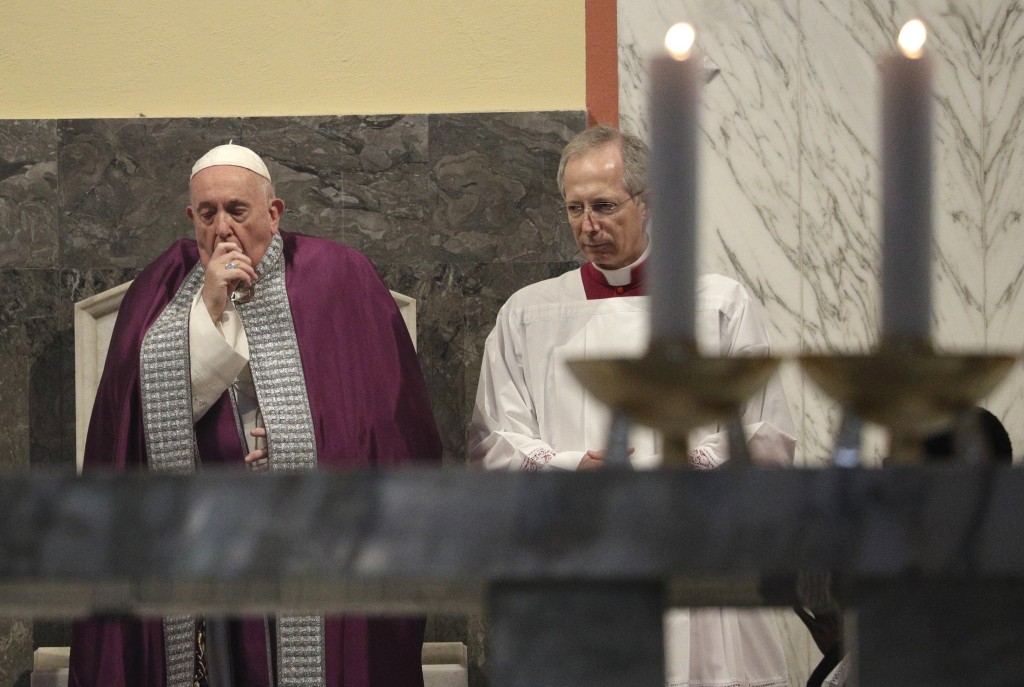 VATICAN CITY (AP) — Pope Francis canceled official engagements for the third day in a row Saturday as he battled an apparent cold.

The 83-year-old pope, who lost part of a lung to a respiratory illness as a young man, has never canceled so many official audiences or events in his seven-year papacy.

Francis is, however, continuing to work from his residence at the Vatican's Santa Marta hotel and is receiving people in private, the Vatican press office said. On Saturday, those private meetings were with the head of the Vatican's bishops' office, Francis' ambassadors to Lebanon and France and a Ukrainian archbishop.

Canceled were his two planned official audiences — formal affairs in the Apostolic Palace where Francis would have delivered a speech and greeted a great number of people at the end. Those were to include an audience with an international bioethics organization and with members of the scandal-marred Legion of Christ religious order.

On Sunday, Francis is expected to leave the Vatican with top Holy See bureaucrats for a week of spiritual exercises in the Roman countryside, an annual retreat that the pope attends at the start of each Lent.

Francis last appeared in public on Wednesday, when he was seen coughing and blowing his nose during an Ash Wednesday Mass. The following day, he canceled a Mass across town with Roman priests and on Friday, skipped an audience with participants of a Vatican conference on artificial intelligence.

The Vatican has stressed that Francis has celebrated Mass each morning and greeted attendees at the end, and then proceeded to continue working from home.

The Vatican hasn't revealed the nature of Francis' illness, saying only he has a “slight indisposition." Francis' illness, though, has come amid general alarm in Italy over the coronavirus outbreak, which has sickened more than 800 people, most in northern Italy.