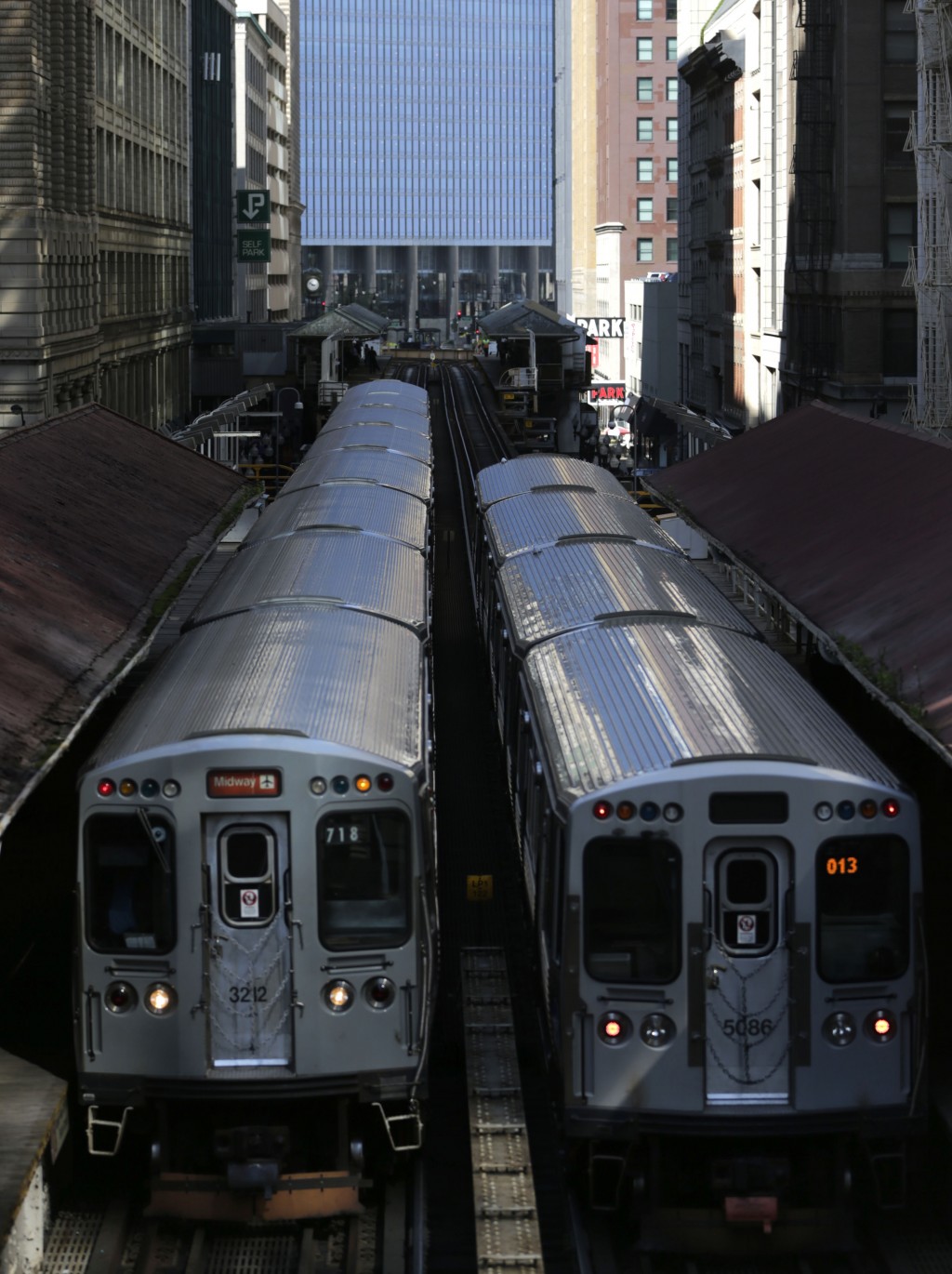 CHICAGO (AP) — A spike in crime on Chicago's rail system and some recent high profile outbursts of violence has prompted the city's police department to put 50 more officers in trains and on platforms and assign four detectives to investigate nothing but Chicago Transit Authority crimes, officials announced Friday.

Hours after the new security plan was unveiled, Chicago police said an officer shot a man on the platform of a CTA station in the Chicago’s River North neighborhood. Officers confronted the man after he was observed moving from car to car of a moving train, a city ordinance violation, said Deputy Superintendent Barbara West.

The wounded man was taken to a hospital where he is in critical but stable condition after surgery, West said.

The department also announced it will this spring open a Strategic Decision Support Center devoted to the CTA, similar to the ones it already has in police districts around the city. The technology centers allow law enforcement to respond to crime scenes quicker and develop crime-fighting strategies based on the data that's collected.

Four detectives and a crime analyst will be assigned to the CTA center. They will be able to monitor in real time more than 32,000 cameras installed on every train and bus, in rail stations and elsewhere on CTA property. The department said such focus will allow officers to respond to violent crimes and thefts far quicker than they can now.

Beck said in a statement that the “technology-based policing” that has helped reduce violent crime in Chicago over the past three years will do the same for the CTA.

“With more than 1 million daily riders, the safety and security of the traveling public are extremely important to us,” he said.

And in recent weeks, concern about passenger safety has only grown in the wake of a shooting in a downtown CTA tunnel that left one person dead and two wounded. Separately, a man was shot in the back at a train stop near the University of Illinois-Chicago, and another man was stabbed at a CTA stop on the city's South Side.