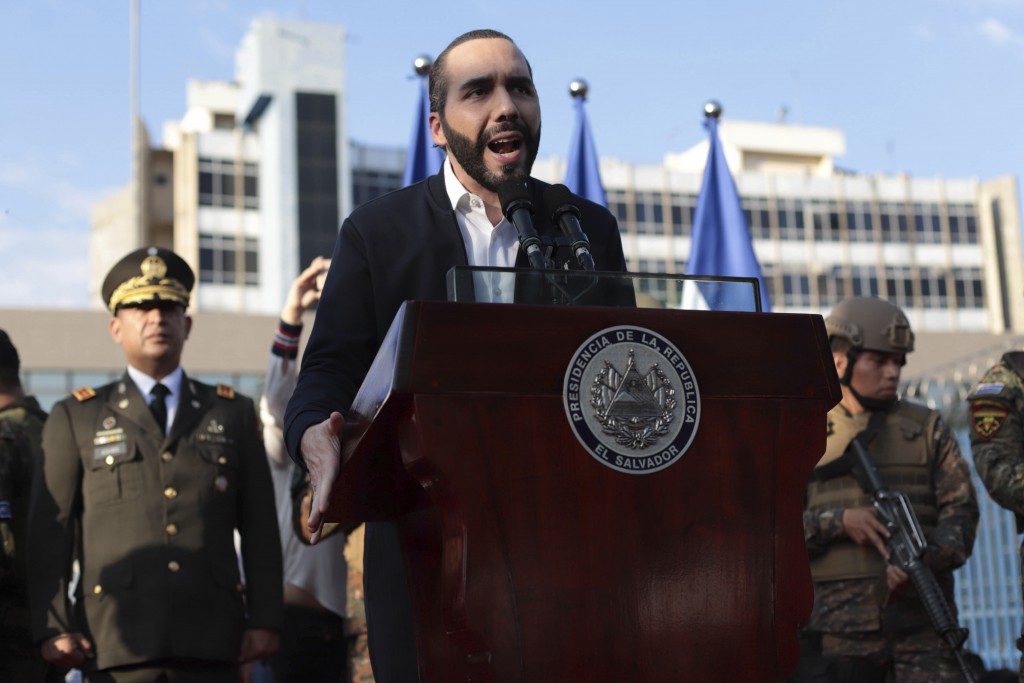 SAN SALVADOR, El Salvador (AP) — President Nayib Bukele said Friday he has vetoed a national reconciliation bill approved earlier this week by lawmakers, arguing that it would result in impunity for crimes against humanity from El Salvador’s 1980-1992 civil war.

In a news conference at the presidential residence, Bukele said he would not support any measure that doesn’t contain three fundamental elements: truth, justice and reparations.

“This Special Law for Transitional Justice, Reparation and National Reconciliation is a fraud of a law beginning with its very name, because it is simply an amnesty to make punishments for those who committed war crimes go away,” Bukele said.

He added that he considers it “de facto impunity,” unconstitutional and in violation of international treaties and accords.

The law was backed by 44 deputies in the 84-seat Legislative Assembly. Eleven voted against it and one deputy abstained. The 23 lawmakers from the leftist FMLN part remained silent, neither supporting nor opposing the vote nor officially abstaining, and five lawmakers were absent when the vote was taken.

Fifty-six votes would be required to override the presidential veto.

In July 2016 the Central American nation’s Supreme Court declared unconstitutional an amnesty law that was passed in 1993, five days after a U.N. truth commission documented 22,000 complaints related to the civil war.

The high court held that crimes against humanity can never expire under international law, so investigations and reparations for victims could not be blocked.

It also ordered the Assembly to craft a new reconciliation law that would guarantee truth, justice and reparations — the three elements Bukele cited Friday.

The president argued that the bill would have forced prosecutors to close war crimes cases permanently and would not have held offenders accountable through criminal penalties or compensation for victims. He accused lawmakers of failing to heed the mandate from the high court.

Congressional President Mario Ponce has defended the law as complying with the court's ruling.

Lawmaker Raúl Beltrán of the conservative Concertacion Nacional party said he voted for the bill “despite the fact that it has imperfections.”

FMLN lawmaker Jorge Schafik Handal said on his Twitter account that the law would “have left the window open for an amnesty.”