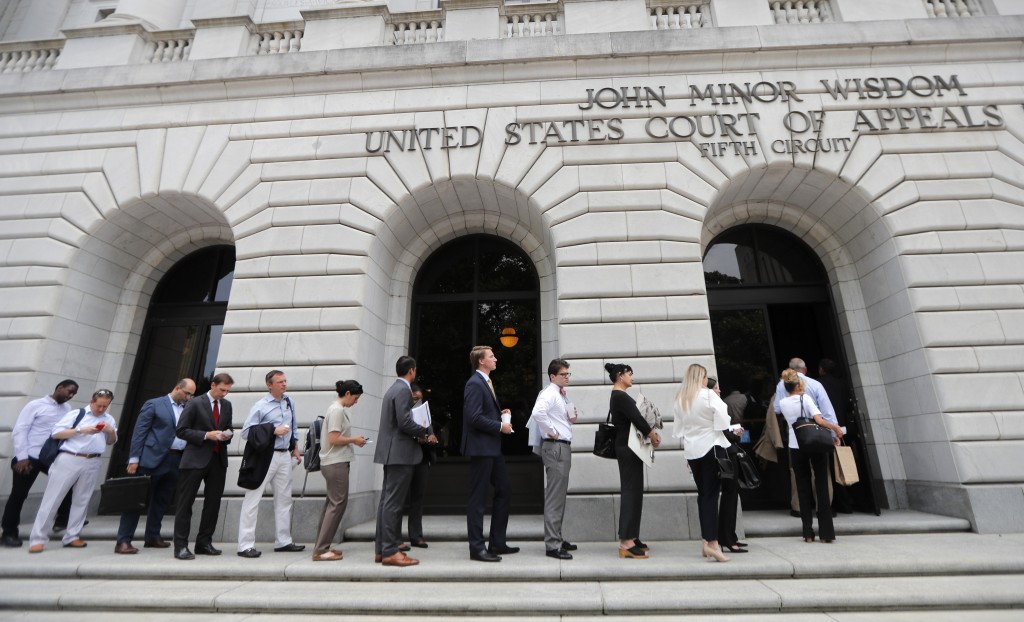 A three-judge panel of the 5th U.S. Circuit Court of Appeals in New Orleans unanimously upheld a lower court's dismissal of a lawsuit challenging the Texas system. It was the latest defeat for organizations challenging such systems in Texas and three other states. Cases are pending at the appellate level in at least two of those cases.

Domingo Garcia, national president of the League of United Latin American Citizens, a lead plaintiff in the case, said he expects the issue to wind up at the Supreme Court. LULAC said in a news release that it was considering its next move. The league and its allies could request a rehearing by the full 5th Circuit, which has 16 active members, or go straight to the Supreme Court.

The 5th Circuit ruling cited appellate and Supreme Court decisions dating back to the 1960s that have upheld the winner-take-all system. It rejected challengers' assertions that electors should be allocated proportionately, based on a percentage of the popular vote for each presidential candidate.

Among those pushing the challenges are LULAC and attorney David Boies, who represented then-Vice President Al Gore in the litigation over the Florida vote count in the 2000 presidential election. The challenges say the winner-take-all system violates the “one-person, one-vote” principle arising from constitutional equal protection and freedom of association rights.

But the 5th Circuit panel cited court precedents holding that each citizen in each state is afforded the opportunity to vote and that the winner-take-all system does not deprive anyone of that right.

The panel also rejected other arguments, including the assertion that the winner-take-all system causes national candidates to ignore Texas voters while focusing on swing states, and that it diminishes the incentive of voters whose party or candidate is lagging in state polls to cast a ballot in a presidential race.

The opinion's author, Judge Jerry Smith, said there is “a critical distinction between a system that diminishes voters’ motivation to participate and one that burdens their ability to do so."

Smith said while the winner-take-all system "may indirectly decrease the incentive of members of perennially losing political parties to vote, it does not hinder their actual ability to vote.”

LULAC also has challenged winner-take-all systems in California, Massachusetts and South Carolina. Decisions in the California and Massachusetts cases are pending at separate federal appeals courts.

Luis Vera, attorney for LULAC, stressed in an interview that the lawsuits do not challenge the electoral college system established by the Constitution. “It's the manner in which the states have applied it,” he told The Associated Press.