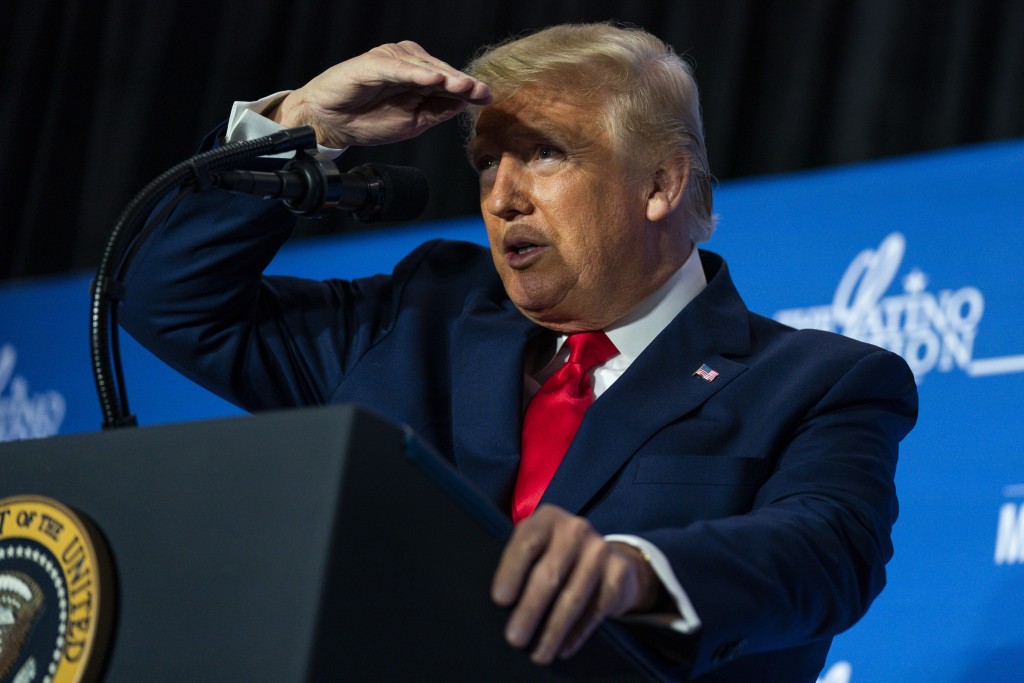 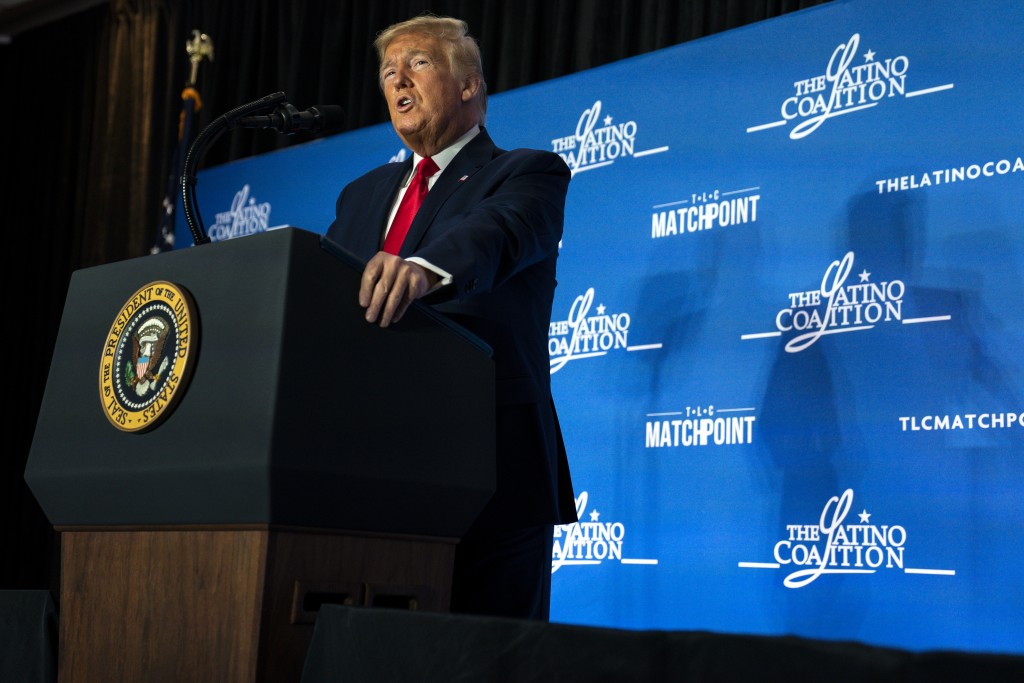 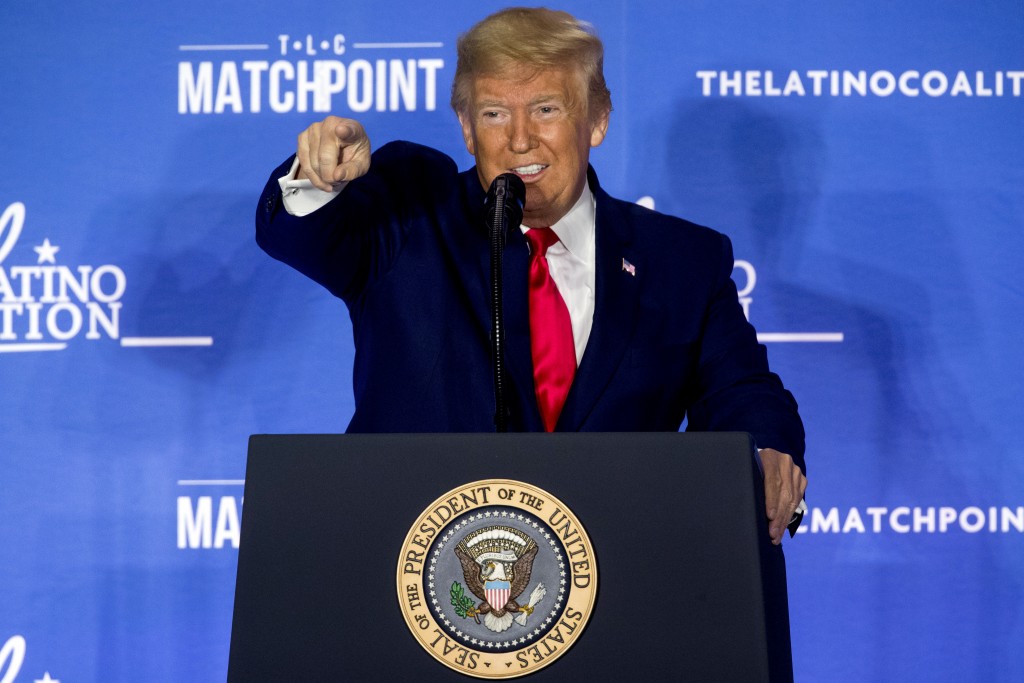 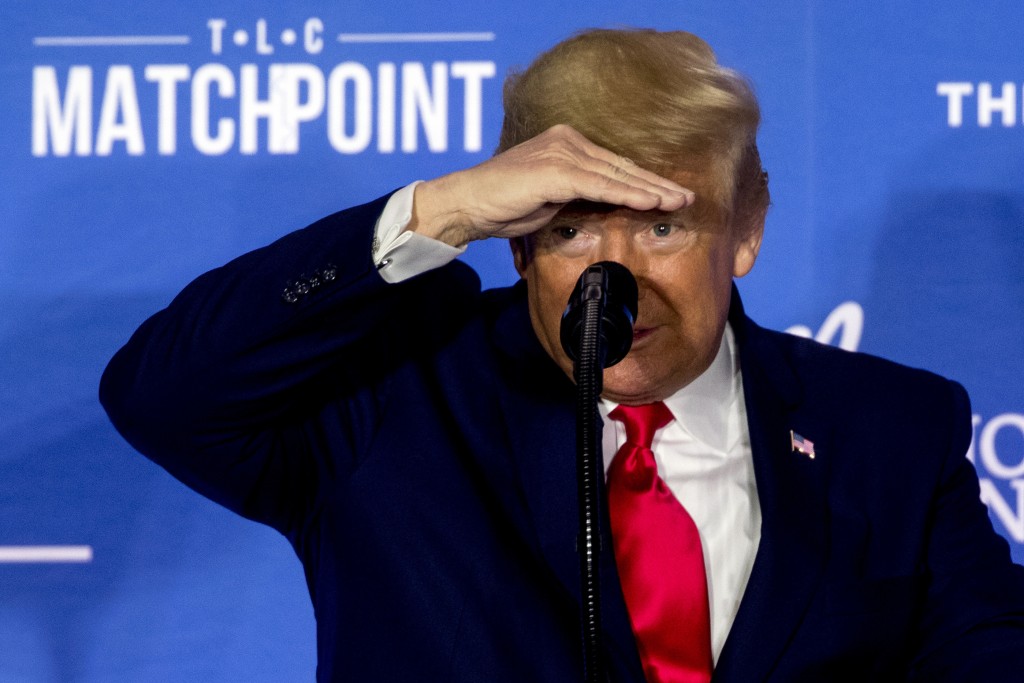 WASHINGTON (AP) — While Super Tuesday left the Democrats with a pair of front-runners whom President Donald Trump believes he can define and defeat, there are still some private worries in the White House.

There is concern that the Democrats' messy nomination contest may end up producing an emboldened version of the very man who once worried Trump so much as a foe that it led to the president's impeachment.

That would be Joe Biden.

Still, there was plenty for Trump to like in Tuesday's 14-state round of voting that transformed the Democratic race into a delegate shootout between an avowed proponent of democratic socialism (Bernie Sanders) and a longtime Washington insider (Biden). It banished from the race former New York Mayor Mike Bloomberg, whose endless millions had gotten under the president’s skin, and it pushed aside Massachusetts Sen. Elizabeth Warren, who could have proved to be a formidable rhetorical challenger against Trump.

That sets up Trump to run for reelection on familiar territory and allows him to revive some of the same lines of attack that proved successful in 2016.

The public reaction from Trump and his campaign on Wednesday was gleeful as Biden's remarkable campaign comeback reset the Democratic nomination fight into a two-candidate contest with Sanders.

Those around the president have long asserted that Sanders, with his unapologetic support for “Medicare for All,” free college and other wish list items, is too liberal for most of the nation. They also believe Biden has lost a step and is saddled with a decadeslong Washington record and questions surrounding the conduct of his son Hunter.

But there are some caveats in the campaign's confidence.

Trump and his team have spent the last year trying to lump the Democratic contenders together as left-wing radicals. Biden’s working-class appeal and more pragmatic policy approach aren't a ready fit with that GOP framing. Trump allies have pointed to Biden's embrace of liberal positions on gun control, but he steered clear of the more extreme positions of his rivals on health care.

Watching the results Tuesday night from the White House residence, Trump cheered the collapse of Bloomberg, who sank more than $500 million of his own money into his campaign yet performed woefully the first day his name appeared on the ballot.

The president unleashed a series of tweets the next morning that belittled the Democratic field — including Warren, who was assessing whether to move forward — and he was so eager to talk about the race that he invited reporters to ask him about it during a White House meeting with airline executives.

“No questions about the election?" Trump asked before registering several hot takes that would not be out of place on the morning cable news shows he frequently watches.

Before Bloomberg dropped out Wednesday morning, Trump goaded the billionaire, who has promised to continue his free-spending anti-Trump effort on behalf of the eventual Democratic nominee.

Trump took particular delight in Bloomberg's implosion, having long resented the former mayor's significantly greater wealth and ease in moving around Manhattan's elite social circles. He told confidants that Bloomberg's political downfall, beginning with a widely panned debate performance last month, should forever silence those in the media who claimed that he was jealous of Bloomberg or that the “wrong” New York billionaire was sitting in the Oval Office, according to a Republican close to the White House who was not authorized to discuss private conversations and spoke on condition of anonymity.

The president has long publicly pined for Sanders as a general election foe, his campaign making the case that the Vermont senator's liberal views would turn off voters in potential Democratic pickup states like Arizona and Georgia even though that may be offset with some strength in the Rust Belt.

Eager to put his thumb on the scale in the opposing party's primary process, Trump tried to stoke divisions among Democrats by continuing to claim that the party was trying to steal the election from Sanders. The president has attempted to sow doubt about the fairness of the contest with hopes of persuading some of the Vermont senator's aggrieved, hardcore followers to stay home in November.

But Biden remained the main focus for Trump and his advisers.

The former vice president has long been viewed as the candidate who could best revive the winning coalition that twice propelled his former boss, Barack Obama, into office, and the one who could siphon away support from the white working class voters who, particularly in states like Pennsylvania, Michigan and Wisconsin, propelled Trump to victory.

Trump and his aides long fanned controversy about Biden's younger son, Hunter, and his work for a troubled Ukrainian gas company, Burisma. But it was their efforts to pressure the Ukrainians to investigate Biden that led to the congressional inquiry that resulted in Trump's eventual impeachment in December.

The president's reelection campaign signaled confidence in defeating Biden, who has been prone to gaffes and misstatements and struggled to raise money and, until the last few days, to generate enthusiasm among Democrats. They also made clear that they would reintroduce corruption allegations against his son. Sen. Ron Johnson, a Wisconsin Republican, is looking into Hunter Biden’s ties with Burisma.

But some in Trump's orbit questioned the bullishness with which the campaign professed to view Biden, believing that the former vice president's universal name ID and likability would make it more difficult to brand him as a socialist. Biden has proved resilient — his resurgence was rivaled by few in modern campaign history — and has consolidated moderate support while showcasing his strength among African American voters, a segment of the electorate the president's campaign hopes to win over.

“This looks very much like Biden's race to lose at this point," said Chris Wilson, a GOP consultant. “He's clearly strong not just with African Americans, but also with white Democrats outside of the socialist left. The field on the establishment/progressive side of the ballot has cleared for him to run head-to-head with Bernie in the remaining states."

Biden's comeback also coincided with the unforeseen crisis of the coronavirus, which the Trump campaign recognizes will be a test of the administration's competence. Already, concerns about the spread of the virus have roiled the stock market, which Trump has often used as a measure of his successful handling of the economy.

But despite the growing worry, Trump couldn’t help but admire Biden’s resurgence. On Wednesday, he called it an “incredible comeback, when you think about it.”