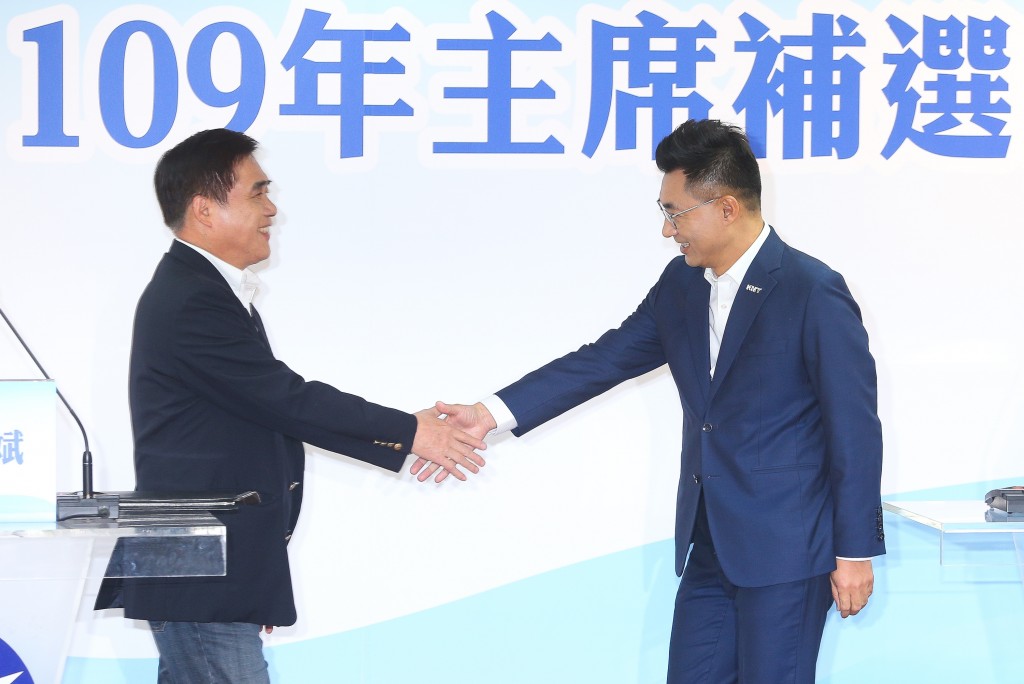 TAIPEI (Taiwan News) — The main opposition Kuomintang (KMT) party, which holds 38 seats in the legislature, is set to elect its new chair and leaders on Saturday (Mar. 7).

More than 340,000 members are expected to turn out to polling stations across the island on Saturday to choose either former Taipei City Mayor Hau Lung-pin (郝龍斌) or Legislator Johnny Chiang (江啟臣) as the new party chair. However, the party has predicted a low voter turnout due to its bruising defeat in January’s presidential election and fears of the novel coronavirus (COVID-19), which has sickened 42 people on the island.

In addition, the voters eligible this time are far fewer than in the previous chairmanship election in 2017, during which more than 400,000 party members could cast their ballot, reports said.

The KMT suffered a landslide defeat to the ruling Democratic Progressive Party in the presidential and legislative elections earlier this year. As a result, Party Chair Wu Den-yih (吳敦義) and the members of the Central Executive Committee resigned.

In addition to Kaohsiung Mayor Han Kuo-yu (韓國瑜), who was seen by some as unsuitable to represent the KMT as a presidential candidate, the party’s conservative policies, including taking sides with anti-gay marriage advocacy groups, and its calls for closer economic and political ties with China, are thought to be factors that distanced the party from young voters, who are generally more progressive and independence-leaning.