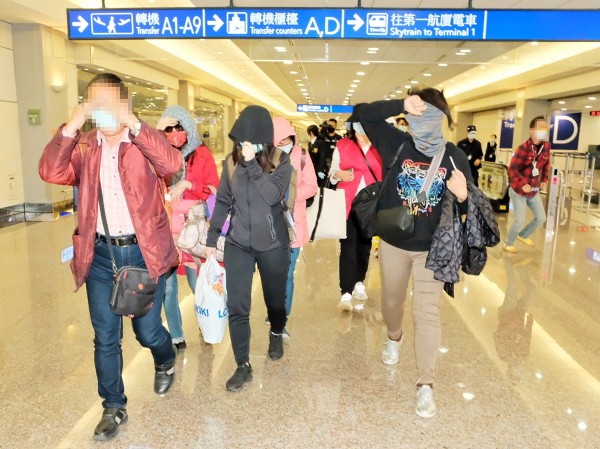 TAIPEI (Taiwan News) — Questions are being raised about the wisdom of having 11 Taiwanese passengers who were exposed to an Israeli man diagnosed with the Wuhan coronavirus walk through the regular arrivals area of the Taiwan Taoyuan International Airport.

A group of 11 Taiwanese returned to Taiwan from a trip to Turkey and Israel on Monday (March 2), with one woman being rushed to a nearby hospital after developing respiratory symptoms but no fever, according to Centers for Disease Control (CDC) Deputy Director-General Chuang Jen-hsiang (莊人祥). The other 10 passengers have been sent home to undergo self-quarantine for 14 days.

The group had their trip to Israel cut short when one of their fellow passengers on Turkish Airlines flight TK784 to Tel Aviv was again found to have the novel coronavirus (COVID-19). The man had originally contracted it on the doomed Diamond Princess cruise ship but was recently cleared to leave after testing negative for the disease in Japan.

Because the Taiwanese tourists were on the same flight as the infected man, they were denied entry by Israeli authorities and had to fly back to Istanbul, their previous transit point. Due to a lack of direct flights from Turkey to Taiwan, they then had to take a special charter jet to Taiwan.

Upon landing at Taiwan Taoyuan International Airport, one woman was found to have respiratory symptoms and was immediately taken to a hospital to undergo testing for COVID-19. The other 10 passengers went through the general arrivals area and picked up their luggage in the baggage claim area.

The fact that the 11 tourists who had just been exposed to the disease were allowed to enter at a regular gate and walk through the airport has drawn criticism from Taiwanese media for potentially enabling the spread of the illness. SETN News pointed out that the Taiwanese businesspeople evacuated from Wuhan last month were met on the tarmac by a special shuttle bus and taken directly to designated quarantine facilities after being carefully screened.