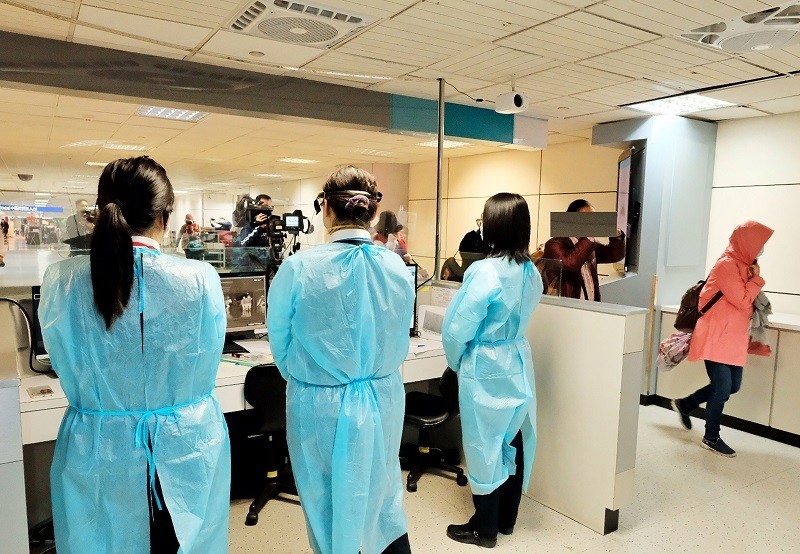 TAIPEI (Taiwan News) — A Taiwanese woman has been hospitalized after developing respiratory symptoms following a flight she shared with an Israeli former passenger on the Diamond Princess who tested positive for the Wuhan coronavirus.

A group of 11 Taiwanese tourists returned to Taiwan from a trip to Turkey and Israel on Monday (March 2), and one woman was rushed to a nearby hospital after presenting with respiratory symptoms but no fever, according to Centers for Disease Control (CDC) Deputy Director-General Chuang Jen-hsiang (莊人祥). The other 10 passengers were sent home to undergo self-quarantine for 14 days.

The Taiwanese tour group flew from Taipei to Istanbul on Feb. 27, and on Feb. 28 they flew to Tel Aviv. However, because an Israeli passenger onboard the plane was diagnosed with the novel coronavirus (COVID-19), all foreign passengers were asked to leave the country immediately, according to the Central Epidemic Command Center (CECC).

The Taiwanese tourists then flew back to Istanbul. As it was difficult to arrange a direct flight from Turkey to Taiwan, the passengers instead had to return home by way of Pakistan, reported CNA.

The flight from Pakistan to Taiwan was a charter jet with only the 11 Taiwanese onboard. The passengers wore masks throughout the flight and were met at Taiwan Taoyuan International Airport by quarantine personnel, who discovered that the woman was experiencing respiratory symptoms.

Chuang said that the Israeli passenger had originally been confirmed with COVID-19 on the ill-fated Diamond Princess cruise liner in at Japan's Yokohama port. After he was determined to have recovered from the disease, he was allowed to take Turkish Airlines flight TK784 to Tel Aviv, the same flight as the Taiwanese tourists.

However, upon arrival in Tel Aviv, the Israeli passenger once again tested positive for the disease, resulting in the evacuation of all the flight's foreign passengers, including the Taiwanese.

SETN News pointed out that instead of being met on the tarmac by a special shuttle bus as was the case with the Taiwanese businesspeople evacuated from Wuhan, these 11 passengers arrived at a regular gate, picked up their luggage, and passed through the general arrival area used by regular passengers. This is now raising concerns that the potentially infected passenger could have spread the virus through commonly used sections of the airport.