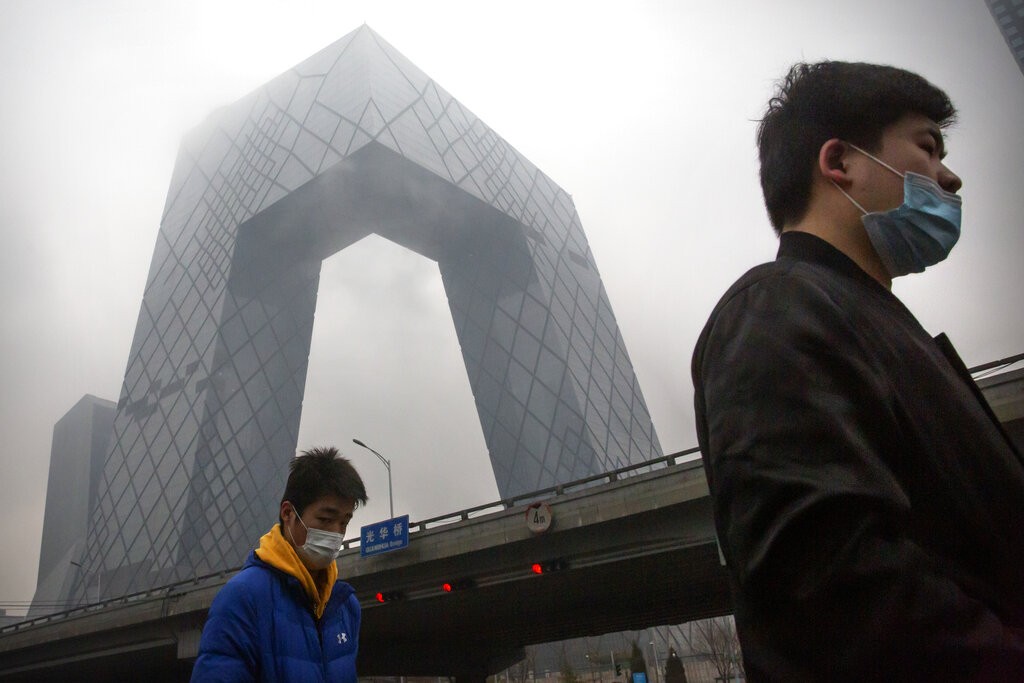 TAIPEI (Taiwan News) — While the World Health Organization (WHO) attributes China's dropping numbers of newly reported cases of Wuhan coronavirus on the country's "tailored approach," scientists outside of China are concerned that the exclusion of asymptomatic patients from the tallies is giving a skewed view of the actual situation on the ground, belying the full extent of the outbreak.

In its virus and prevention plan released on Jan. 28, China's National Health Commission (NHC) called for the swift detection and reporting of patients with "light or no symptoms," reported Caixin. The report added that the NHC had concluded in early February that "asymptomatic infected individuals" could transmit the disease and called on local officials to report such cases.

The NHC issued a notice on Feb. 6 in which it wrote that the classification of new Wuhan virus infections would be divided into four categories: "suspected cases," "clinically diagnosed cases," "confirmed cases," and "positive tests." Among these, "positive tests" refers to "asymptomatic infected patients" who test positive for the disease but have no symptoms.

In its fourth version of guidelines for the disease, the NHC on Feb. 7 proclaimed that asymptomatic cases should be listed separately from confirmed cases. On Feb. 9, Xinhua reported that the Heilongjiang CDC had subtracted 13 asymptomatic persons from the total of "confirmed cases."

Then, on Feb. 13, Hubei suddenly began including "clinically diagnosed cases" based on computerized tomography (CT) scans in its infection numbers, making it the only province to use the method to diagnose such cases. That day, the number of new infections skyrocketed to 14,840 and coronavirus-related deaths rose by 242, of which 135 were identified with the new CT scanning method, reported Fortune.

There was no explanation as to the time period of the diagnoses made with CT scans. An NHC spokesman was also unable to explain why Hubei had started including "clinically diagnosed cases" over a week after the official edict had been announced.

In yet another reversal, the sixth version of its guidelines for the calculation of novel coronavirus (COVID-19) cases, the Chinese government said on Feb. 19 that there would no longer be any difference between the methods used by Hubei and those used by other provinces to generate infection reports. In addition, the numbers of classifications were reduced again to just "suspected cases" and "confirmed cases."

Due to the lack of data on asymptomatic versus symptomatic cases of the disease in China, the ratio of one to the other is not well understood. One study, published in the Chinese Journal of Epidemiology on Feb. 12, found that asymptomatic cases only accounted for 1.95 percent of all confirmed infections in the lab.

Yet in Japan as of Feb. 26, 19 out of 186 infected patients, or 10.2 percent, did not show any symptoms, excluding passengers from the Diamond Princess cruise ship, reported Japan's Ministry of Health, Labour and Welfare.

Wu Zunyou, the chief epidemiologist at the Chinese Center for Disease, defended the exclusion of asymptomatic patients in an interview with Nature, claiming that the genetic sequencing test used to verify the presence of COVID-19 does not necessarily prove the presence of an infection. He claimed that the genetic material found by throat or nasal swabs does not necessarily mean that the virus has actually entered cells and begun to replicate itself.

However, many scientists both within China and overseas argue that the virus could only reach detectable levels in such swabs if it had begun multiplying. An expert who took part in the NHC's revised policy warned Caixin that "Those that don’t appear sick make the best hosts for viruses."

An Assistant Professor of Epidemiology and Immunology at the Harvard School of Public Health, Michael Mina, told the news agency that including all asymptomatic cases would lower the average numbers for the risk of severe illness or death. He said that in terms of allocating resources to those most in need, the exclusion makes some sense, but a separate column could still be included, which would be very useful for epidemiologists around the globe to make preparations for the disease in their countries.

Mina said that the exclusion of this data could indicate that the disease is "even more widespread and difficult to contain than we think." He concluded that China's withholding these figures not only weakens its ability to monitor and control the disease "but also inhibits global scientists from being able to learn from and disseminate useful information both back to China and to the global community."