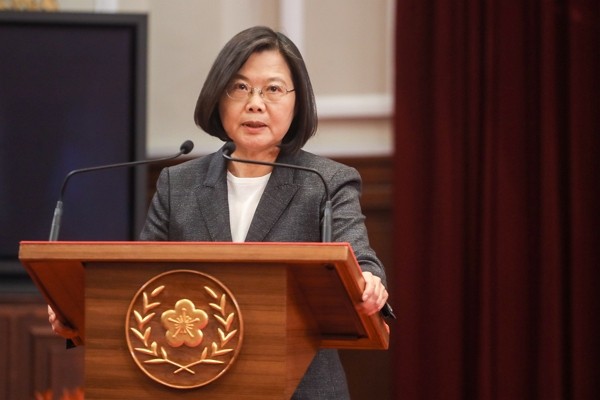 TAIPEI (Taiwan News) — The Taiwanese government's preventive measures against the novel coronavirus (COVID-19) are being recognized by media around the world, including Japan's "AERA dot." news magazine.

On Sunday (March 1), a report published by "AERA dot." praised the Taiwanese government and its medical teams for their quick response to the epidemic as well as their considerable contributions to the country's virus defense. The report points out that President Tsai Ing-wen (蔡英文) has maintained a high level of support despite the outbreak, receiving a 68.5 percent approval rating among the Taiwanese public.

In addition, the magazine compared the Taiwan's government's response time with that of its Japanese counterpart, observing that Prime Minister Shinzo Abe did not classify the novel virus as a "designated infectious disease" until two weeks after the country saw its first case. By contrast, Taiwan's Centers for Disease Control (CDC) began screening all passengers of direct flights from the Chinese city of Wuhan on Dec. 31, long before the island reported its first COVID-19 patient.

Regarding workplace policies, the report credited the Taiwanese government for introducing "disease prevention childcare leave" as well as compensation for quarantined individuals. It also noted that the government's ban on mask exports, which was initially criticized, has since proven to be the right decision, reported Liberty Times.