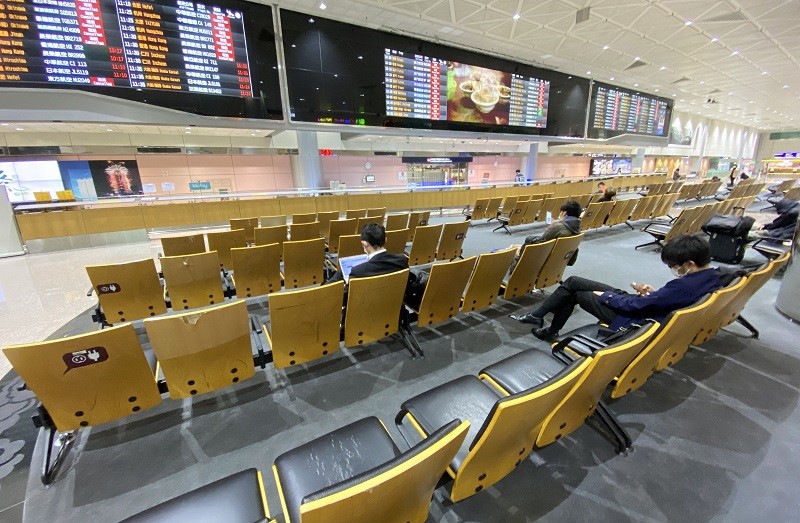 TAIPEI (Taiwan News) — This 228 holiday, Taipei Taoyuan International Airport saw only about 20-30 percent of the passengers it did during the same period last year, affecting not only airlines but also duty-free stores, restaurants, and taxis.

The report quoted the NIA as saying that the number of daily passengers the airport has served since Feb. 27 has ranged between 24,000 and 34,000, which is about 20-30 percent of the passenger volume for the same period in 2019.

Many flights have been cancelled due to fears of the coronavirus, the report said. Quarantine requirements for those arriving in Taiwan from various countries have also put a damper on people's willingness to travel.

Agi Chan (詹成吉), executive director of the Taoyuan International Airport Industry Development Association, said that duty-free shop employees and their family members, a total of 5,300 people, rely on the patronage of airport passengers. Many owners of these stores are now worried that the decline in business will continue, Chan said.

Restaurant owners at the food court observed that there are large swathes of empty seats, according to CNA. This is a far cry from before when on typical day passengers, would scramble for chairs.

Also hard hit are the taxi drivers who queue outside the arrivals hall. In the past, a driver might depart a few minutes after getting in line; now they often have to wait more than 20 minutes, according to the report.