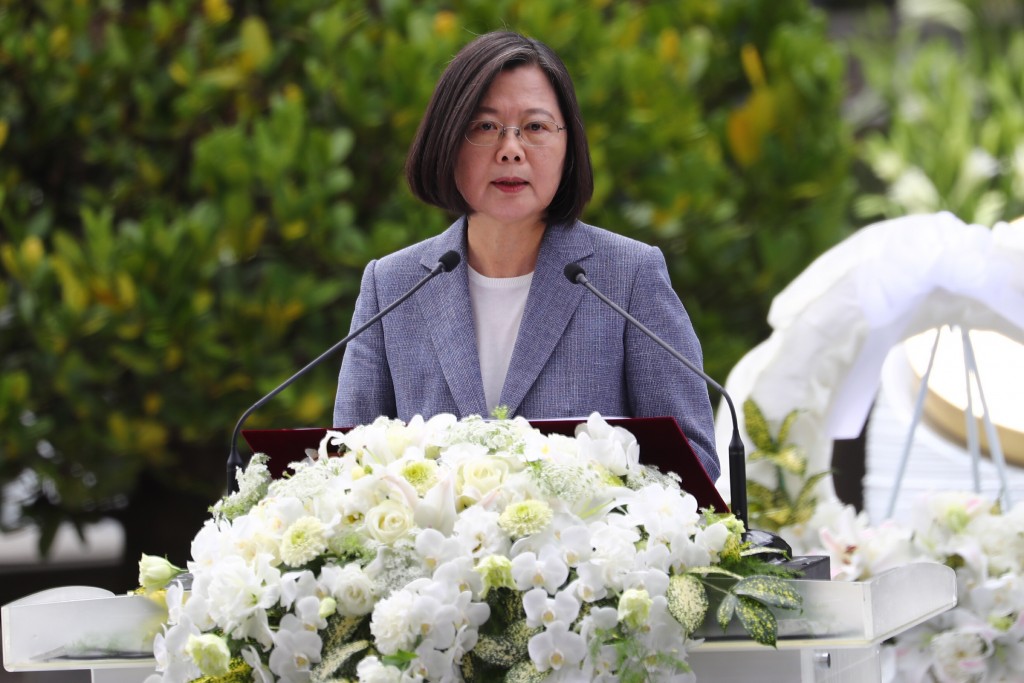 TAIPEI (Taiwan News) — Classified political archives held by the national security agency are to be declassified and made accessible to an investigation committee within one month, said President Tsai Ing-wen (蔡英文) on Friday (Feb. 28) at an event commemorating the 228 Incident.

The National Security Bureau has expedited the declassification of political archives in the past six months, according to Tsai. The agency previously served as the major intelligence agency conducting large-scale surveillance of civilians for the Kuomintang (KMT) nationalist government during its authoritarian rule in Taiwan.

Tsai said she had asked the agency to collaborate with the Transitional Justice Commission on declassifying all files deemed by the commission as essential to the ongoing investigation in one month. Only a few defined by the law as being security sensitive should be kept from the public eye, she added.

Political documents that have been declassified in recent years and transferred to the National Archives Administration will be made public, Tsai said. The president also pledged to continue promoting human rights education in the country as part of her plan to carry out the work of transitional justice in her second term.

Discussing the 228 Incident is no longer a taboo, said Tsai, referring to the abundance of research papers, memoirs, and performances directly related to or inspired by the tragedy in recent years. It shows that the conversation about the incident has become deeper and more mature in society, she added.

The 228 Incident refers to the mass suppression of civilians across the island by the KMT authorities starting Feb. 28, 1947, the day after officials picked on a vendor of smuggled cigarettes and opened fire on civilians, killing one. It is estimated that 10,000 to 20,000 people were killed in the following months, including intellectuals and professionals who had long been dissatisfied with corrupt KMT officials.

Following the commission’s report on the triple homicide of family members of prominent Kaohsiung Incident activist Lin Yi-hsiung (林義雄) on Feb. 28, 1980 — the latest findings which suggest the KMT government might have been involved in the brutal murders — the commission launched the transitional justice database on Thursday (Feb. 27).

The facts pertaining to the 228 Incident and oppression of civilians under the authoritarian government have become clearer than ever, said Tsai. She said the commission, which is expected to conclude its two-year tenure in March, will remain functional and continue investigations into the wrongdoings of the KMT government in the 228 Incident and during the martial law era.

The purpose of the commission is to reveal the truth, said Tsai. “Only when society faces its past mistakes bravely will our democracy be more fortified and society more diverse and free,” she said.

Before the end of the event, Tsai also issued certificates of restored reputation to the families of Pan Ing-jen (潘英仁), Pan Hsin-hsing (潘信行), and Chen Shu-hua (陳淑華). All three were victims of the government’s oppression during the White Terror period.