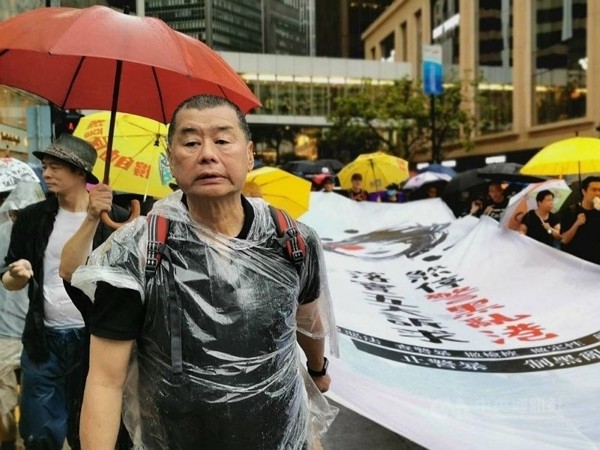 The 71-year-old Lai was the founder of Next Digital, the largest listed media company in Hong Kong, and the Apply Daily newspaper. One of the most high-profile entrepreneurs in the special administrative region, Lai has frequently criticized the Chinese Communist Party (CCP) publicly.

According to Liberty Times, Lai was taken from his house by the Hong Kong Regional Crime Unit for his participation in the Aug. 31 anti-government march as well as for a confrontation with a journalist in 2018. He was transported to the Kowloon City Police Station along with democracy activists Lee Cheuk-yan (李卓人) and Yeung Sum (楊森), who were also arrested on illegal assembly charges.

In a Facebook post, Figo Chan, vice convener of the Hong Kong Civil Human Rights Front, pointed out that the three men were arrested for taking part in a government-banned protest march last summer. Chan said the arrests signify that the Hong Kong authorities are determined to take revenge on the leaders of the Hong Kong anti-extradition bill protests.

As for the other charge, Lai is accused of intimidating a journalist with foul language in 2018 during a memorial event for the 1989 Tiananmen Square protests. The Hong Kong police claim that they have received a recording of the entire exchange.

On Friday afternoon, Lai was granted bail and seen leaving the police station. All three suspects will be heard at Eastern Magistrates' Courts on May 5, according to CNA.