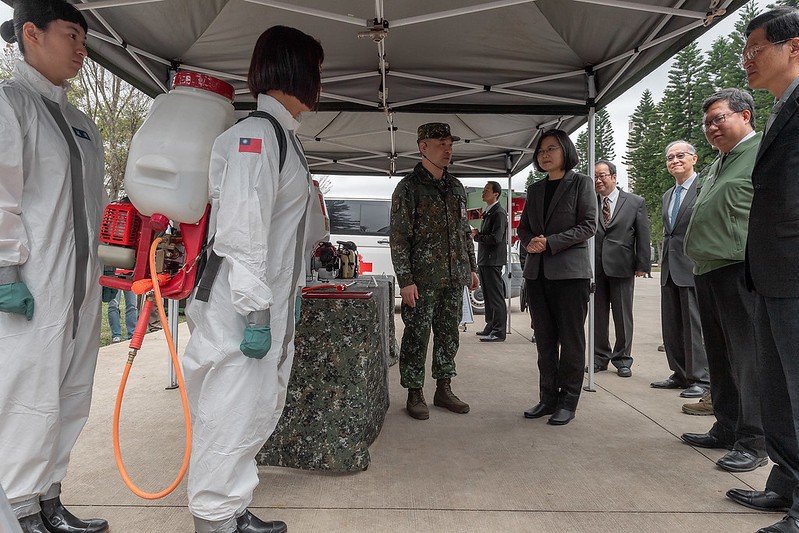 TAIPEI (Taiwan News) — President Tsai Ing-wen (蔡英文) visited the Amy’s chemical department based in Taoyuan City on Thursday (Feb. 27), as the military has played an important role in the government’s effort to fight the coronavirus (COVID-19) outbreak.

The Chemical Corps Division has been involved in several disinfection tasks recently, including the charted flights that brought Taiwanese and their Chinese spouses from China, where the coronavirus started, back to the island. Vehicles that cruise passengers took when they disembarked, as well as luggage, were also disinfected by the military.

The president expressed gratitude to the division for their involvement in the government’s efforts to contain the spread of the virus, which has sickened 32 people across Taiwan and killed one person. The division also took charge of preventative disinfection work in military bases around the country, according to Tsai.

Tsai described the country’s military as made of iron and able to both come to the rescue of civilians when natural disaster strikes as well as engage in combat. Disease prevention should be regarded as battle, said Tsai, urging the military on in its tasks.