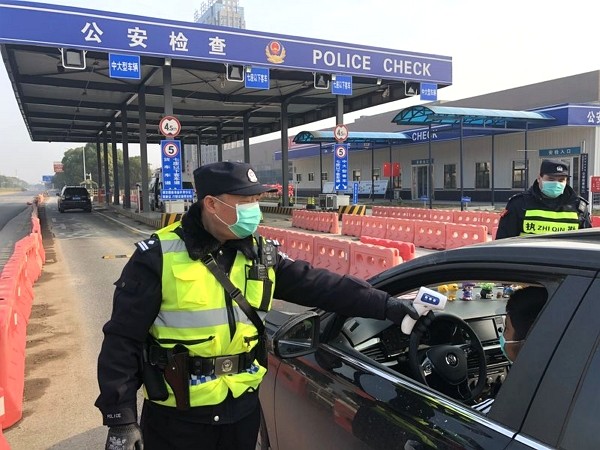 TAIPEI (Taiwan News) — News of a coronavirus-infected woman traveling from the Chinese city of Wuhan to Beijing after being released from prison has caught the attention of the Chinese public as well as the Chinese Communist Party (CCP).

According to media reports, a female former inmate surnamed Huang (黃) was able to leave Wuhan with her family on Saturday (Feb. 22) despite the city being already under lockdown. A source familiar with the matter told the media that Huang had just been released after finishing her sentence at the Hubei Wuhan Women's Prison, which has reported more than 200 confirmed cases of the novel coronavirus (COVID-19).

The official Wechat account of a community committee in Beijing confirmed the news, saying that Huang had been confirmed to have the coronavirus before fleeing to the Chinese capital. The account pointed out that Huang was placed in a local health facility on Monday (Feb. 24) after displaying signs of fever, along with the three members of her family that had accompanied her during the trip, reported Yahoo News.

Many Chinese netizens have raised questions about Huang's background and demanded that authorities provide details about the unusual circumstances of the incident. Many suspect that she has relations with top CCP officials, who they say may have exercised their influence to facilitate her departure.

As the news continued to stir up debate online, the CCP has allegedly started an investigation into the incident. Party mouthpiece Xinhua News Agency published an article stressing the importance of the authorities disclosing Huang's travel details and punishing the involved individuals if necessary, reported Liberty Times.