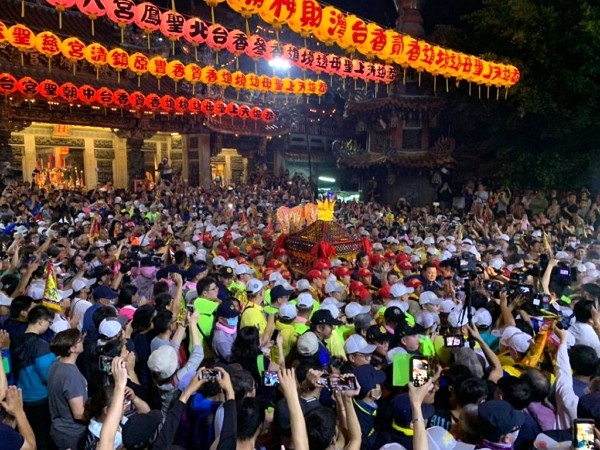 TAIPEI (Taiwan News) — After waves of criticism from the Taiwanese public, the organizers of the Dajia Matsu Pilgrimage said Thursday (Feb. 27) that the event will be rescheduled until after the Wuhan coronavirus (COVID-19) epidemic has stabilized.

Following the organizers' announcement on Wednesday (Feb. 26) that the annual pilgrimage would carry on as scheduled, numerous doctors and medical professionals voiced their opposition. In an internet poll conducted by LINE, more than 94 percent of respondents also indicated their support for postponing or canceling the pilgrimage.

Shih Jin-chung (施景中), an obstetrician at National Taiwan University Hospital, said that the goddess Matsu would not want her worshippers to contract the virus, and he pointed out that large gatherings were responsible for the accelerating infection numbers in Italy. National Yang-Ming University Hospital doctor Chen Hsiu-tan (陳秀丹) also urged the government to shut down the pilgrimage and other major events.

The event organizers had originally insisted that the pilgrimage proceed as planned and refused to adhere to the advice from the Centers for Disease Control (CDC). However, as more health professionals and political leaders stepped forward to warn about the risk, the organizers have changed their minds and decided to prioritize virus prevention, reported CNA.

On Thursday, the coordinators of the Baishatun Matsu Pilgrimage also announced that the religious celebration will be postponed, according to Liberty Times.

As the Wuhan coronavirus (COVID-19) continues to spread rapidly across the globe, many Taiwanese worry that large events would be a loophole in the country's efforts to contain the disease and prevent community infections.