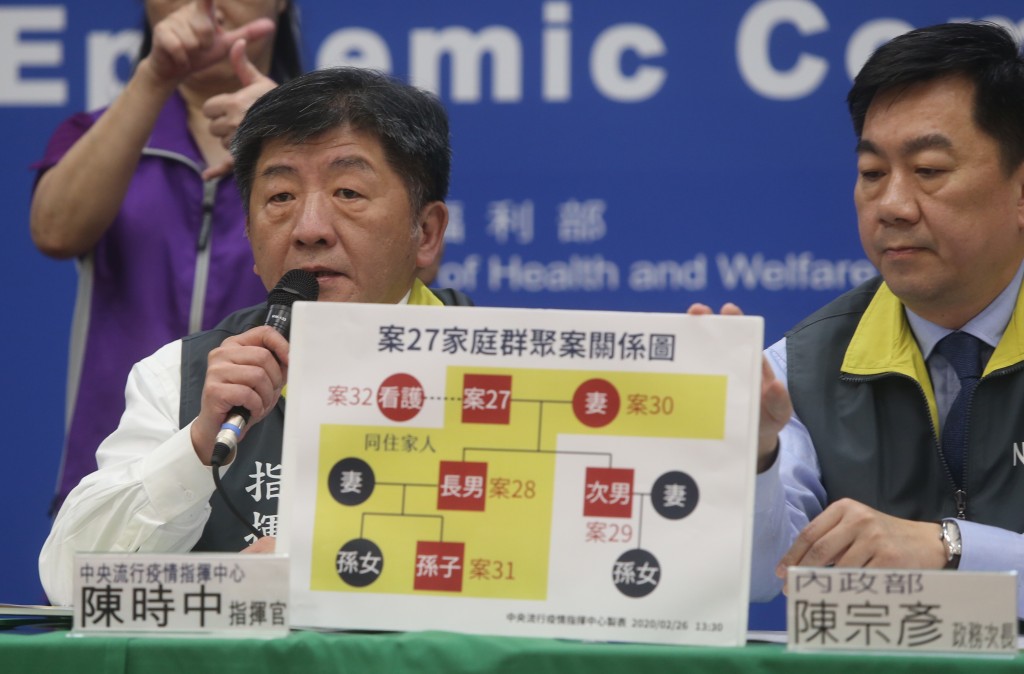 TAIPEI (Taiwan News) — The Indonesian caregiver of a man in his eighties who is Taiwan’s 27th case of Wuhan coronavirus (COVID-19) has been diagnosed as the country’s 32nd patient, the Central Epidemic Command Center (CECC) announced Wednesday (Feb. 26).

Since No. 27 was announced, his wife, two sons, and an 11-year-old grandson also tested positive for the virus. The boy probably contracted the virus during a visit to his grandfather in the hospital and later took classes at a cram school.

The CECC announced Wednesday that hospitals should demand visitors register before allowing them to meet patients.

The latest coronavirus patient was a woman in her 30s who had been enrolled as a temporary caregiver for No. 27 at the hospital from Feb. 11 through 16, UDN reported.

As she was an illegal migrant, the authorities had to send police to search for her, locating her on Feb. 24. She was tested and kept in isolation at a hospital, the report said. At the time of the tests, the woman reportedly complained of a slightly uncomfortable throat.

The health authorities were investigating whom the woman had contacted between Feb. 16 and 24, UDN reported. By the time police found her, she had moved to work at another hospital and was caring for another patient there, according to CNA.

Staff at the first hospital tested negative for the coronavirus, though the search was still continuing with people who had been in contact with the Indonesian woman outside the hospital.