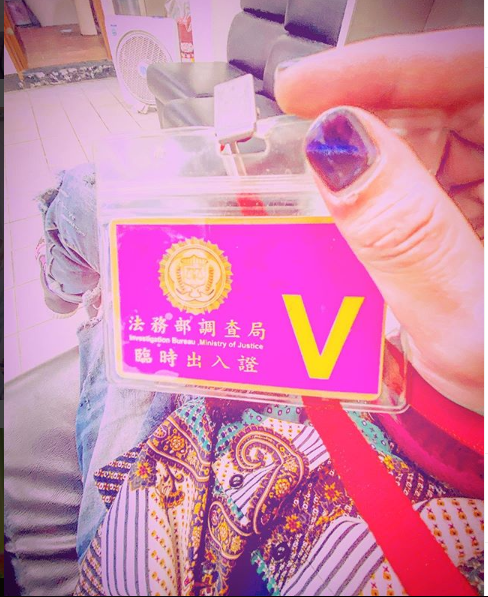 The singer, who also goes by the name of R-Chord, was reportedly sent a story in a private message by a friend in Canada claiming that marijuana killed the virus, and he reposted it on his Instagram account without checking the facts, Taiwanese media reported.

Two days after the story, titled “Weed kills coronavirus,” appeared online, a member of the public told the Criminal Investigation Bureau (CIB). After checking the background of the story with the Ministry of Health and Welfare, the police body came to the conclusion that Hsieh should be investigated for the dissemination of fake news.

Investigators interviewed Hsieh about the issue Monday (Feb. 24) and decided to treat it as a potential violation of social order protection laws, according to CNA.
Following the visit, the singer posted a picture of his Ministry of Justice Investigation Bureau visitor’s pass on his Instagram.

In December, police found marijuana at his home after his wife had reportedly called them. In order to express his displeasure with media reports about his case, he later sprayed insults on the wall of a newspaper office building, the Liberty Times reported.