TAIPEI (Taiwan News) — The U.S. government is strongly considering expelling hundreds of Chinese journalists from the country in retaliation for Beijing's ban on three Wall Street Journal (WSJ) reporters for their article on the Wuhan coronavirus (COVID-19).

According to Bloomberg, Trump administration officials held a meeting at the White House Monday (Feb. 24) to discuss the possibility of taking action against Chinese reporters based in the U.S. The meeting was led by Matt Pottinger, deputy national security advisor and former reporter for the WSJ in Beijing.

During the discussion, some officials advocated ordering dozens to hundreds of Chinese journalists to leave the U.S. while others argued such an action would go against the American value of press freedom. However, most of the officials agreed that having more than 500 Chinese reporters in the country is untenable, noting that there are currently only 75 American reporters permitted in China.

White House National Security Council (NSC) spokesman John Ullyot refused to comment on Bloomberg's report but condemned the Chinese government for the "egregious act." He stressed that the U.S. will counter China's political moves one way or another, according to Liberty Times.

Last Wednesday (Feb. 19), Beijing announced the decision to revoke the press credentials of three WSJ reporters over the title of their op-ed, in which the reporters referred to China as the "real sick man of Asia." Chinese Foreign Ministry spokesman Geng Shuang (耿爽) called the title racist and said it "smears the efforts of the Chinese government and people fighting the epidemic," reported CNA. 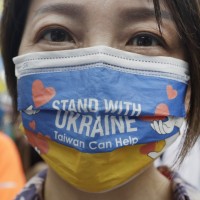