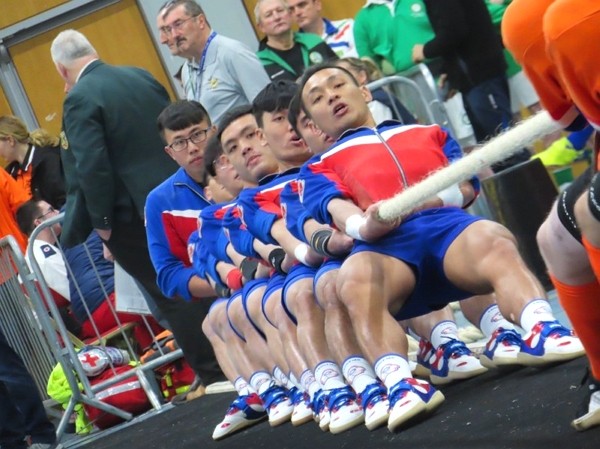 The competition was co-hosted by the Irish Tug of War Association and the Tug of War International Federation (TWIF) and took place over the course of four days (Feb. 20–23) at the Aura Letterkenny Leisure Centre in northwestern Ireland. Joining Taiwan were teams from Ireland, England, Scotland, Germany, Spain, the Netherlands, Italy, Russia, and Japan.

Despite competing against tough international opponents, Team Taiwan still managed to secure three gold medals in the women's category and two in the men's. The Taiwanese national champions also took silver in the U23 Men's 600 kg category, according to Liberty Times.

The team's head coach, Rex Kuo (郭昇), who was paralyzed by a drunk driver in May of last year, accompanied the contestants in his wheelchair. After receiving their gold medals, the youngsters expressed gratitude to Kuo and encouraged him, saying he could stand up again if the team could win, reported ETtoday.