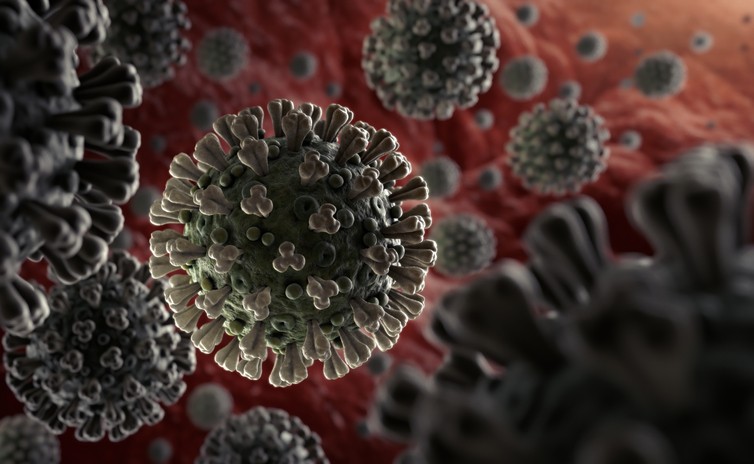 TAIPEI (Taiwan News) — As the Wuhan coronavirus continues to spread like wildfire across the globe, a National Taiwan University (NTU) professor on Saturday (Feb. 22) said the virus is likely man-made, based on its unusual structure.

At a seminar on the novel coronavirus (COVID-19) hosted by the Taiwan Public Health Association at NTU, Fang Chi-tai (方啟泰), a professor at NTU's College of Public Health, addressed the many theories circulating that the virus somehow leaked from or was released from the Wuhan Institute of Virology biosafety level 4 laboratory (BSL-4 Lab). He said that what is known is that there are many deadly viruses being researched in the facility, such as SARS and Ebola, and that China's track record with safety standards and laboratory management has been questioned in the past.

Fang said that COVID-19 is 96 percent similar to the bat virus RaTG13, which is known to be housed at the lab. Fang said that this in itself is not a smoking gun, as a genetic similarity of 99 percent would be required to declare them to be the same.

He said that a French team investigating COVID-19 had found that the key difference between RaTG13 and COVID-19 was that the latter has four additional amino acids not found in any other coronaviruses. Fang said that these four amino acids make the disease easier to transmit.

Fang said that the French team's findings had led some in the scientific community to speculate that Chinese scientists thought the SARS outbreak 17 years ago was too easy to deal with, so they developed an "upgraded version." He said that with modern technology, such an "upgrade" is theoretically possible.

The professor said that viruses normally only have small mutations in the form of singular changes in natural conditions. He asserted that in nature, it is "unlikely to have four amino acids added at once."

Fang concluded, "Therefore, from an academic point of view, it is indeed possible that the amino acids were added to COVID-19 in the lab by humans." He said that it is also still possible that this occurred in nature but that "the chances are very slim."

Fang stressed that the mutations found in the novel coronavirus are "unusual in an academic sense." He asserted that "It is indeed possible that it is a man-made product."

He said that it would be critical to conduct an internal investigation of the records at BSL-4 Lab. However, given the opaque nature of the current regime in Beijing, he said such a public inquest into the lab's records looks highly unlikely in the near future.

On the positive side, Fang said that if it is an artificially generated virus, it means it does not occur naturally in the ecosystem. Therefore, after the last patient is cured, it should not become a seasonal illness such as the flu, which is generated naturally in the environment.

However, renowned Taiwanese-American professor Ching Lin on Feb. 1 refuted a similar theory being circulated that it was "bioweapon" created by the U.S., saying the addition of the aforementioned four amino acids is not as "critical" as some in the Chinese media had claimed.

Lin also cast doubt on the credibility of the paper (Uncanny similarity of unique inserts in the 2019-nCoV spike protein to HIV-1 gp120 and Gag) being cited in the conspiracy theories. He first suggested that the platform bioRxiv, on which the paper was published, is untrustworthy as most of the literature it posts does not undergo peer review.

He also noted that the four insertions in the spike glycoproteins that Indian authors described as unique to COVID-19 are not unusual in the results for pBLAST (an algorithm for comparing primary biological sequence information).

After being contacted by Taiwan News for comment, Fang denied making the previously cited statements and said that he "does not support the highly popular man-made theory on the origin of this virus."

The video of his presentation has mysteriously been taken down. When Taiwan News asked the Taiwan Public Health Association why the video had been removed, it issued the following statement:

"It has been taken down for a certain reason, In the future, it will be re-uploaded when appropriate. Thank you for your understanding."