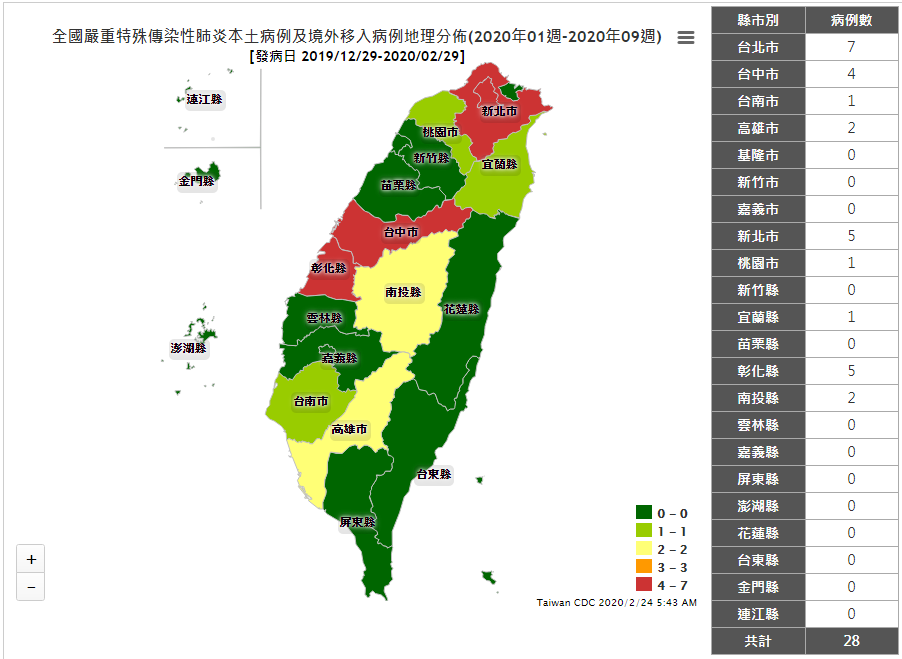 TAIPEI (Taiwan News) — In response to the mounting coronavirus (COVID-19) cases in Taiwan and people's desire to know where they are, the Central Epidemic Command Center (CECC) is adding the new virus to the country's existing epidemic statistics query system.

The search function is currently only available in Chinese, and the virus appears as the "national severe special infectious pneumonia" (全國嚴重特殊傳染性肺炎) instead of the familiar "Wuhan coronavirus" or the "COVID-19" coined by the World Health Organization.

The query results cover both imported and confirmed indigenous cases of the infection.

According to the results shown on the map, there have been seven confirmed cases of the virus in Taipei City, five in New Taipei City and Changhua County, four in Taichung City, two in Kaohsiung City and Nantou County, and one each in Taoyuan City, Tainan City, and Yilan County, totaling 28 cases nationwide as of Monday (Feb. 24). There is no mention of townships or addresses of confirmed cases on the map.

Colors of cities and counties vary based on the number of reported cases, with red standing for four to seven, orange for three, yellow for two, light green for one, dark green for zero.

Before the official map data was disclosed, a similar map had been made public by data specialists, including an American open-source software developer Mike Redmon. Redmon has volunteered to create a real-time interactive map showing confirmed cases of the virus in Taiwan, which was widely cited by media outlets.

Taiwanese programmer Chiang Ming-chung (江明宗), who goes by his pen name Kiang, also created a map and called for the data to be made open as it has been with other notifiable communicable diseases in the country. 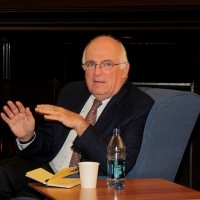 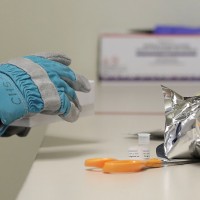